On 10 November 2016, in a decisive victory for workers’ rights, the Supreme Court of Canada (SCC) upheld the constitutional right to the freedom of association {S. 2 (d)}, delivering a 7-2 decision in favor of the British Columbia Teacher’s Federation (BCTF), the labour union that represents all public school teachers in the province of British Columbia (BC). 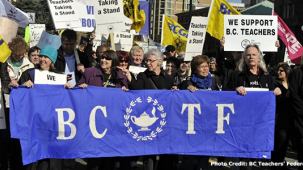 On 27th September 2016, the International Criminal Court (ICC) unanimously found suspected Islamist, Ahmad Al Mahdi, guilty beyond reasonable doubt as a co-perpetrator of a war crime pursuant to art. 8(2)(e)(iv) of the Rome Statute, in response to Mr. Al Mahdi’s intentionally directing of attacks against ten of the most important cultural heritage sites in Timbuktu, Mali, in June and July 2012.

In 2012, seeking to standardize education nationwide, the Department of Basic Education (DBE) began the three-year rollout of a new curriculum which entailed staggered introduction of new textbooks. Despite the successful rollout in other provinces, in Limpopo the Provincial Government was unable to deliver textbooks to all learners by the start of the 2012 school year.

Members of the leftist opposition party, the Democratic Pole and La Cumbre Agraria, (a social movement in Colombia) filed a lawsuit challenging Article 173 of the National Development Plan (NDP) in Colombia. The NDP had already banned new mining licenses, but allowed the 347 licenses granted to mine for gold or oil to remain in effect. The páramo, or moorland, is one of the most important ecosystems in Colombia, providing drinking water for much of the country by storing water in the rainy season and releasing it in the dry season.

In 2001 Aberew Jemma Negussie abducted and raped 13-year-old Woineshet Zebene Negash, with the aid of several accomplices. Her abduction was reported to the police, who rescued her and arrested Mr. Negussie in Ethiopia. Evidence of the rape was documented in a medical report. Mr. Negussie was freed on bail and abducted Ms. Negash again, this time hiding her in his brother’s house for a month and forcing her to sign a marriage contract. She managed to escape. In 2003 Mr.

Rusi Kosev Stanev was diagnosed with schizophrenia in 1975 and declared unfit to work in 1990. In 2000, following a request from his stepmother and half-sister, a court declared him partially legally incapacitated without notifying him. Since his relatives declined guardianship, a municipal council officer was appointed his guardian. Without informing Stanev, the guardian requested that he be placed in a social care home for 'people with mental disorders'.

In 2010, Daniel Ng’etich and Patrick Kipng’etich Kirui were arrested by the Public Health Officer, Nandi Central District Tuberculosis Defaulter Tracing Coordinator, who applied to a Magistrate for their imprisonment, alleging that they had failed to take prescribed TB medication. Pursuant to Section 27 of the Public Health Act, the Magistrate ordered that the men be confined for eight months or a satisfactory period for treatment. They remained in prison for 46 days.

In 2002, the UN Human Rights Committee (HRC) accepted this communication as admissible for consideration. This case concerns the plight of K.L., a 17-year-old who was pregnant with an anencephalic foetus. Anencephalia is a condition incompatible with life for the fetus, and that jeopardizes the pregnant woman's health. Her doctor informed K.L. that her pregnancy complications exposed her to a life-threatening risk.  Upon his advice, she decided to terminate her pregnancy.

Following the exhaustion of available legal avenues of redress in the Republic of Korea (Korea), this communication was submitted before the UN Committee on the Elimination of Racial Discrimination (Committee) in 2012. The case concerns mandatory tests for HIV/AIDS and illegal drugs use required of foreign teachers of English in Korea. Korean citizen teachers and ethnic Korean noncitizen teachers are not required to undergo such scrutiny.

In this case, a landlord applied for the High Court to set aside a decision by the Gauteng Rental Housing Tribunal (“Tribunal”). Eighty rental tenants had brought a complaint to the Tribunal based on their landlord’s charge of about R385 per month per tenant for electricity in addition to the costs they paid for their individual consumption. The tenants discovered that the utility service provider, City Power, charged the landlord about R337,50 per month for the whole building. This meant that their landlord was generating a significant profit from the service charge.