ProDESC advances rights of communal landowners and laborers in Mexico

ProDESC (Proyecto de Derechos Económicos, Sociales y Culturales), and their partners, the Ejido La Platosa and the union of mineworkers Los Mineros, have achieved a significant victory with the recent recent decision by the Canada Pension Plan Investment Board (CPPIB) to divest its entire holdings in Excellon Resources Inc. 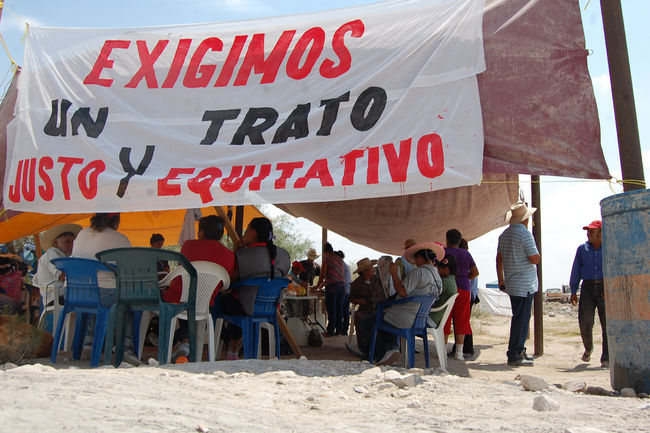 For several years ProDESC has advocated for the human rights of members of the Ejido (communal land) La Platosa and mineworkers who have reportedly experienced reoccurring human rights and labour rights violations as a result of a long-standing dispute between Excellon Resources and workers and landowners in Mexico, where the company has been the subject of numerous allegations. In 2011, the company refused to participate in a dispute resolution process established by the Canadian government`s Corporate Social Responsibility Counsellor for the Extractive Sector.

According to Ken Neumann, United Steel Workers (USW) National Director, "[i]nvestors have obligations to shareholders to invest responsibly and avoid links to human rights violations, and this is especially the case with CPPIB which oversees the retirement funds for all Canadians." The USW has criticized the CPPIB in the past for its poor policy on socially responsible investment.

Last year, Excellon was also named in a complaint under the OECD Guidelines on Multinational Enterprises. The complaint was filed by the Canadian Labour Congress (CLC), the USW, Los Mineros, communal landowners and Mining Watch Canada. The Mexican government rejected the complaint after it conducted a investigation which was widely criticized by civil society groups.

The Ejido La Sierrita (community whose lands are affected by the mining operation) has repeatedly stated to Excellon Resources that “our land is not for sale, nor for rent, and that we are determined to recover it.” In response to their efforts to defend their rights, on 24 October 2012, the members of the Ejido were subjected to a violent eviction from a camp they had established to protest the mine company. The Ejido representatives “have taken the decision not to sell or rent our land as an act of dignity. Instead, we want our lands returned and we demand that the authorities and you, Excellon Resources Inc., respect our right to our land, territory and natural resources.”

This case was the subject of several Urgent Actions coordinated under ESCR-Net’s System of Solidarity and Support (SOS) in 2011 and 2012. More information is available on ProDESC's home page (in Spanish) and, in English, here.