The International Network for Economic, Social and Cultural Rights (ESCR-Net) sent today a letter to the President of The Philippines and the President of the Toyota Motor Corporation, to express serious concern about the ongoing harassment and intimidation of human rights defenders in the Philippines. The letter is available here.

The letter raises particular concern about the intimidation and harassment of trade union leader, Ed Cubelo who serves as the President of Toyota Motor Philippines Corporation Workers Association (TMPCWA). Mr. Cubelo also serves and Education Officer of Defend Job Philippines, an organizational Member of ESCR-Net that works to protect and defend human rights in the Philippines. 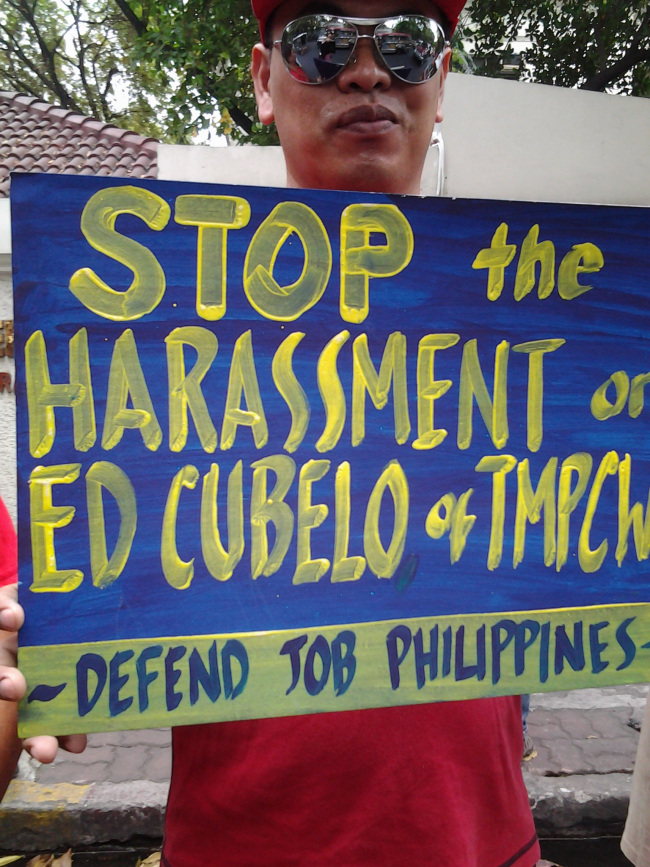 ESCR-Net’s letter, signed on behalf of 270 Members, expressed concern that this incident is consistent with the ongoing trend of harassment, intimidation and criminalization of organizers in the Philippines who work to defend the rights of workers and the urban poor. It suggests that such threats and harassment against human rights defenders have been perceived as an effort to impede the growing solidarity amongst workers who have faced similar situations at several national and international companies operating in the Philippines, and calls for the implementation of the decision of the International Labor Organization to take decisive action to resolve the longstanding labor dispute between Toyota Motor Corporation and the Toyota Motor Philippines Corporation Worker's Association.

Read the complete press release on this issue here.