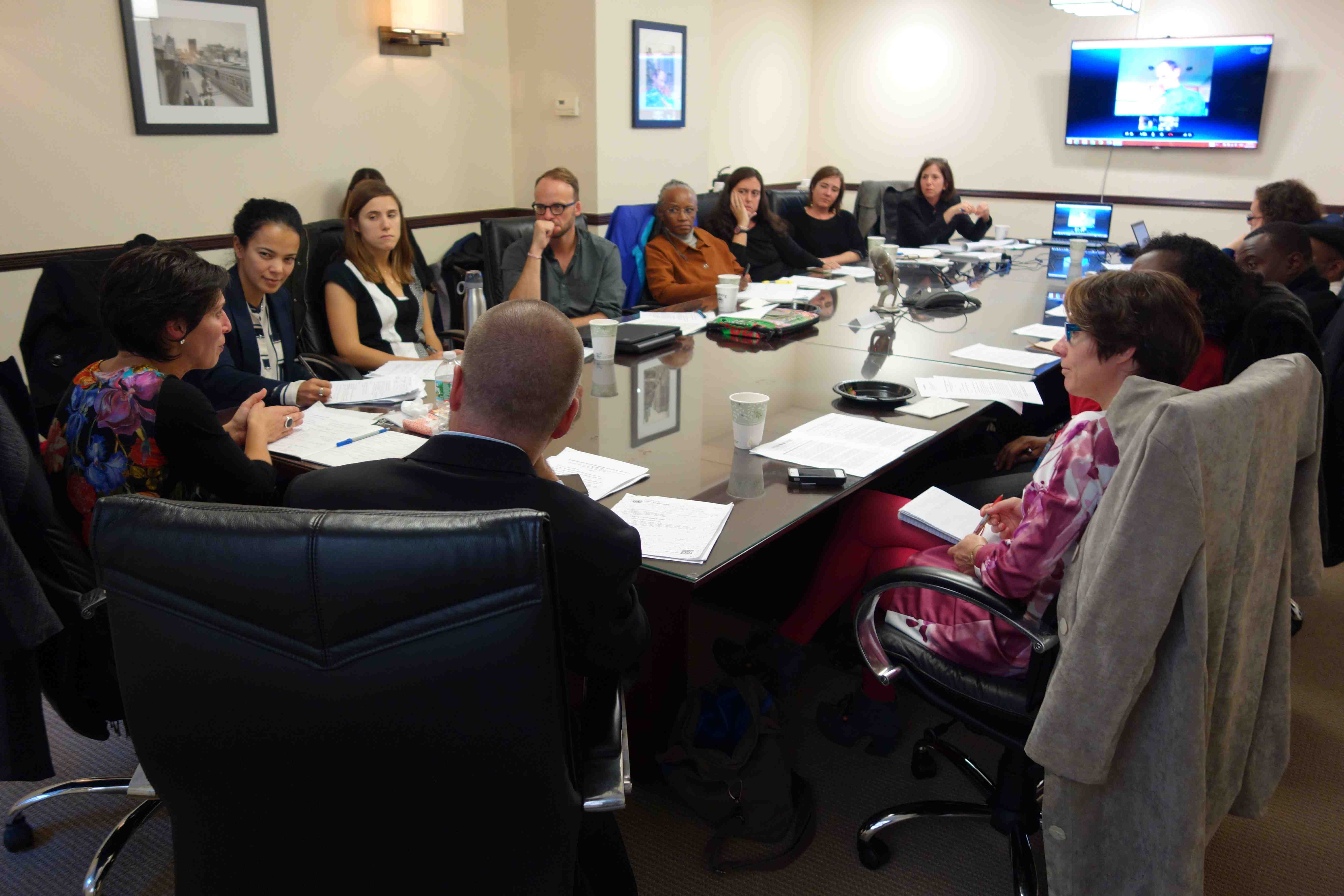 On 27 October 2014, in its New York office, ESCR-Net hosted a consultation with the Special Rapporteur on adequate housing as a component of the right to an adequate standard of living, and the right to non-discrimination on this context, Leilani Farha, who assumed her mandate in June 2014. Twenty NGO representatives and academics attended the consultation, including multiple ESCR-Net members:  CESR, NESRI, SRAC, NLCHP, IAP, and Kairos/Poverty Initiative.

After briefly reflecting on the implementation gap in realizing the right to housing, Leilani provided an overview of and sought feedback on her initial report to the UN General Assembly Third Committee.  She noted that her priorities would include: supporting national-international interaction; clarifying the obligation of progressive realization; equality, non-discrimination and the right to adequate housing; and engaging the evolving nature and role of the State. She also emphasized key areas of focus, including: marginalized and vulnerable groups, homelessness, housing strategies based on human rights, access to justice, subnational governments, and housing as part of the global agenda. 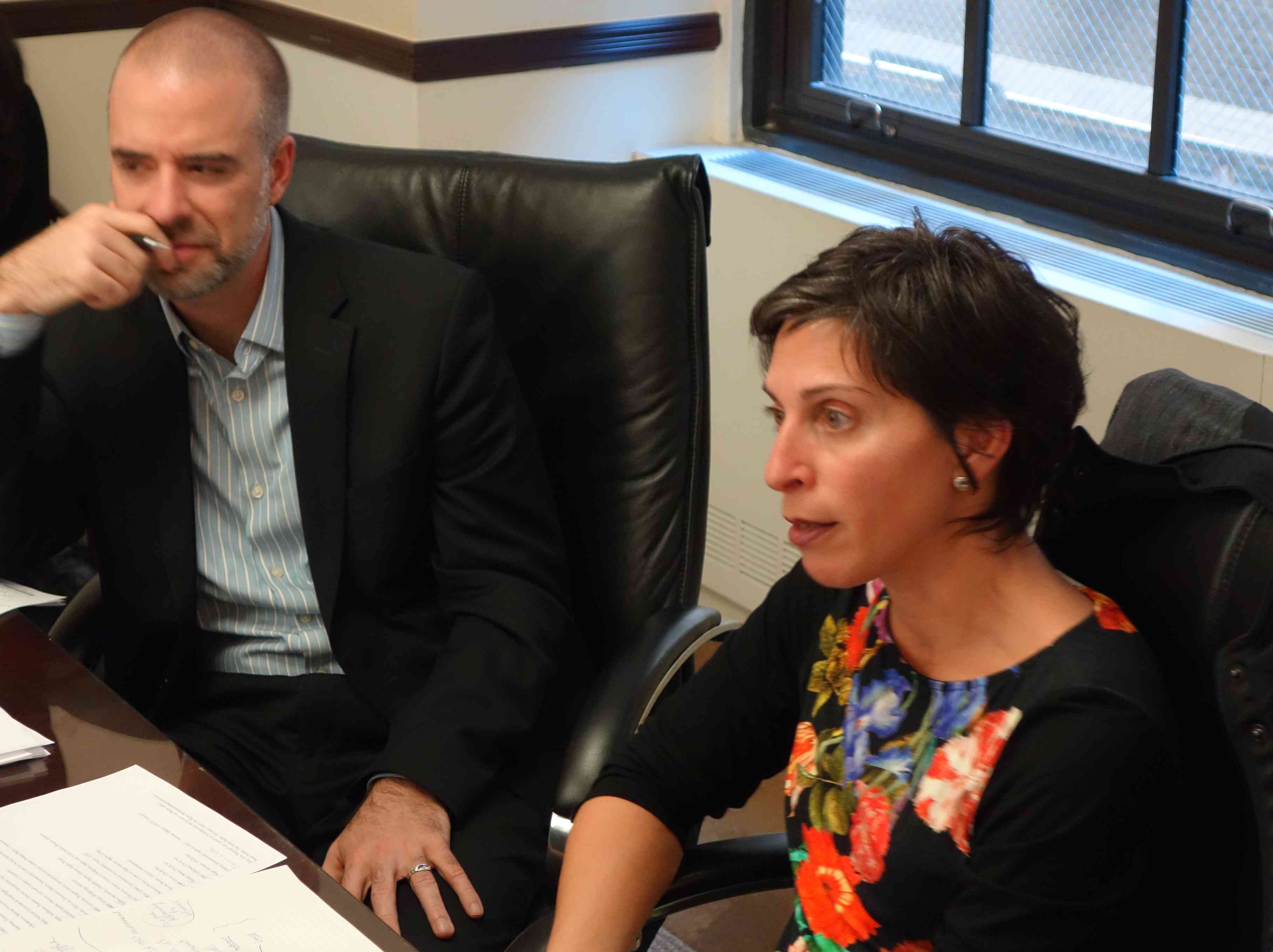 While working to avoid an overly legalistic approach, the Special Rapporteur suggested that she was committed to an emphasis on access to justice, referencing the importance of the Optional Protocol to the International Covenant on Economic, Social and Cultural Rights, as well as the need to further clarify the extraterritorial obligations of States.  She also stressed that she will give special attention to women and the right to adequate housing, foregrounding substantive equality (beyond mere legal equality) and an intersectional analysis.

ESCR-Net appreciated the opportunity to host and co-organize—with the UN Office of the High Commissioner for Human Rights—this event, particularly given Leilani Farha’s role as a founding member of the Network and ESCR-Net’s Women and ESCR Working Group.The second half of the consultation focused on the roles and responsibilities of sub-national (state, provincial and municipal) governments, referencing a questionnaire that has been circulated to governments and other relevant stakeholders for input by 31 October.  This will be the topic of the Special Rapporteur’s first thematic report to the Human Rights Council.

A number of ESCR-Net members, includdind SERI and ICJ, participated in a follow-up consultation hosted by Leilani Farha at the OHCHR in Geneva on 20-21 November, organized for the purpose of developing discussion around the roles and responsibilities of sub-national governments. Among the issues discussed were: the responsibilities and challenges faced by sub-national governments in relation to the implementation of international human rights standards; the various paths to domestic allocation of such standards; and the range of accountability initiatives that sub-national governments around the world are undertaking with respect to the right to housing. The participants also had the opportunity to put forward suggestions for recommendations that they felt would be important to include in the Special Rapporteur’s report, to the various levels of government, to civil society, and to other actors such as national human rights institutions.