On October 23, 2014, Kenyan organizations, the Endorois Welfare Council (EWC), Kenyan Human Rights Commission (KHRC), and Kenyan Land Alliance (KLA), as well as international partners, Prof. Hansungule (based in South Africa), Minority Rights Group International (MRG), Dejusticia (based in Colombia), and ESCR-Net, joined a first meeting of the Task Force created by the Kenyan government to address the ACHPR’s ruling on the Endorois case. This was a positive step towards implementation, but it remains to be seen if this will be a sufficient step. 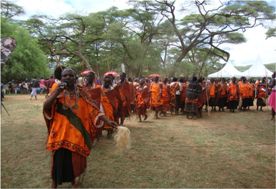 In the 1970s, the Kenyan government evicted hundreds of Endorois families from their land around the Lake Bogoria area in the Rift Valley to create a game reserve for tourism.  The Endorois, a traditional pastoral people, had been promised compensation and benefits, but these were never fully implemented, and the community's access to the land was restricted to the discretion of the Game Reserve Authority. This prevented the community from practicing their pastoralist way of life, using ceremonial and religious sites, and accessing traditional medicines.

The Endorois, assisted by MRG, took the case to the ACHPR and the Commission ruled in 2010 that the Kenyan government had violated the Endorois' rights to religious practice, to property, to culture, to the free disposition of natural resources, and to development, under the African Charter (Articles 8, 14, 17, 21 and 22, respectively). The Commission also established that the government should restitute the Endorois ancestral lands, ensure unrestricted access to Lake Bogoria, pay adequate compensation for all losses suffered, pay royalties regarding existing economic activities, and engage in dialogue with the complainants.  Four years later, the decision still remains to be implemented by the Kenyan government.

In 2012, ESCR-Net’s members, via the Strategic Litigation Working Group (SLWG), decided to undertake collective efforts to advance implementation in this case, following discussions held in an African regional meeting that took place in March 2012. Members and partners have since then held periodic collective calls, organized three strategic meetings that brought together international and national organizations in Nakuru and Nairobi, organized a workshop with leaders of the Endorois community on different options of land restitution and compensation, conducted surveys on immaterial losses, analyzed data on material losses, and supported the involvement of African Union bodies in the implementation of the ACHPR’s ruling (SLWG letter of support). Moreover, key Kenyan organizations, such as KHRC and KLA, have engaged with different governmental agencies in order to find spaces for more meaningful dialogue between the Endorois and the Kenyan government. Finally, all those efforts have been led in coordination with legal initiatives taken by the EWC and MRG to assure that restitution is not barred by government actions, regarding, for instance, the issuing of deeds to third parties on the Endorois lands. 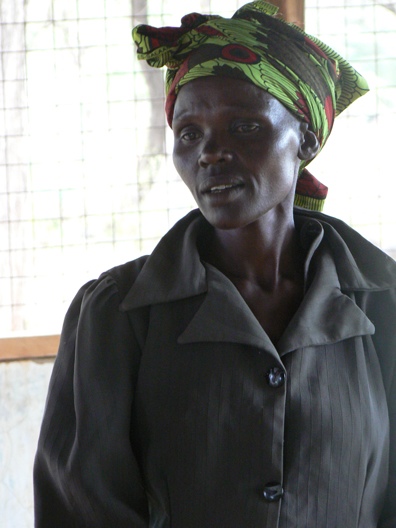 Such provisions would seem to be in contradiction with the recommendations of the ACHPR. Four years havepassed since the ACHPR issued its ruling. At this point, the government should not only be analyzing the decision. It should actually be taking concrete steps to enforce the ruling in close dialogue with the community. The government might be open to include the participation of independent experts in the task force. Apart from such participation, however, there won’t be a legitimate effort for implementing the ACHPR ruling if the government does not assure a meaningful dialogue with the Endorois community and if it does not adopt adequate measures towards land restitution as well as payment of royalties and compensation.

The Endorois community clarifies priorities for land restitution and reparations, advancing implementation of the precedent-setting recommendations of the African Commission on Human and Peoples’ Rights to Kenya. http://www.escr-net.org/node/365247

Endorois' consent should be obtained regarding decisions over their lands. http://www.escr-net.org/node/365553

Restituting the land to the Endorois People: a 40-year process. http://www.escr-net.org/node/365038