Amnesty International Canada and the International Network for Economic, Social and Cultural Rights (ESCR-Net) expressed dismay at the decision of the Ontario Court of Appeal in the case of Tanudjaja v. Canada and Ontario, released December 2. The Court of Appeal upheld a lower court decision, in which a landmark Charter case had been dismissed without a full hearing. The case was brought by homeless people who argued that the Ontario and Canadian governments’ failure to develop a housing strategy had violated their rights under the Canadian Charter. The two prominent international human rights organizations intervened in the case to urge the court to take into account Canada’s international human rights obligations to protect the rights of those who are homeless.

“We are astonished that two of three Justices on the panel were prepared to deny the applicants a hearing in this case simply because homelessness is caused by the interaction of a number of programs and policies – as opposed to legislation,” commented Alex Neve, Secretary General of Amnesty International. 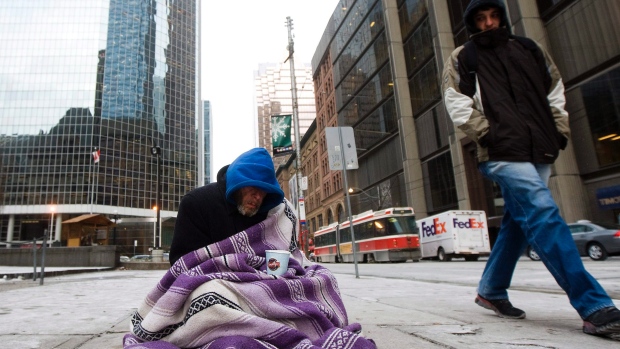 In Canada, UN human rights bodies have identified homelessness among people with disabilities and other vulnerable groups as a violation of international human rights law. The UN Human Rights Committee has also recognized that homelessness in Canada causes serious health consequences and death and that  governments must take positive measures to address it. UN bodies have urged the Government of Canada to implement a comprehensive strategy to reduce and ultimately eliminate homelessness. The omission of the government in adopting a housing strategy has led and will continue to lead to violations of the right to life, especially in regard to the most vulnerable groups in society.

“This is the first time that Canadian courts have been asked to consider whether these critical violations of international human rights law are permitted under the Canadian Charter,” said Neve. “It is the first time in the thirty-two year history of the Charter that homeless people have sought a hearing into government policies that have denied them access to housing, health and security. And the Court of Appeal has denied them even a hearing. That does not speak well of access to justice for marginalized groups in Canada.”

Amnesty International and ESCR-Net expressed agreement with the lengthy dissenting opinion of Feldman J.A., who asserted that the case “has been brought (…) on behalf of a large, marginalized, vulnerable and disadvantaged group who face profound barriers to access to justice. It raises issues that are basic to their life and well-being. It is supported by a number of credible intervening institutions with considerable expertise in Charter jurisprudence and analysis.” In her opinion, the case deserves a full hearing, and should not have been dismissed in its early stages.

Chris Grove, the Executive Director of ESCR-Net in New York City, stated: “The issues that the Court said cannot be adjudicated by Canadian courts are issues that are being adjudicated in courts around the world. And the Government of Canada itself has assured the United Nations that the Canadian Charter should be presumed to provide protections that at least match those of international human rights law.   Tellingly, the Court did not refer to international human rights law or foreign domestic law in its decision to bar homeless people from a hearing into whether their right to life was violated.”

Neve noted that human rights groups and United Nations bodies were watching this case very closely, and the decision will be seen as a significant set-back for Canada’s reputation internationally. “It is particularly devastating, however, for those who are living with the effects of homelessness this winter in Canada, to be told that their rights under the Canadian Charter are not for courts to consider.”