During the event, attended by 25 leaders and human rights activists from 16 countries on five continents, participants highlighted the threats posed by the global economic system that leads to increased impoverishment and inequality. Leaders also discussed the marginalization of women that prevents them from having a decent life and the fulfillment of human rights, including economic, social and cultural rights (ESCR). 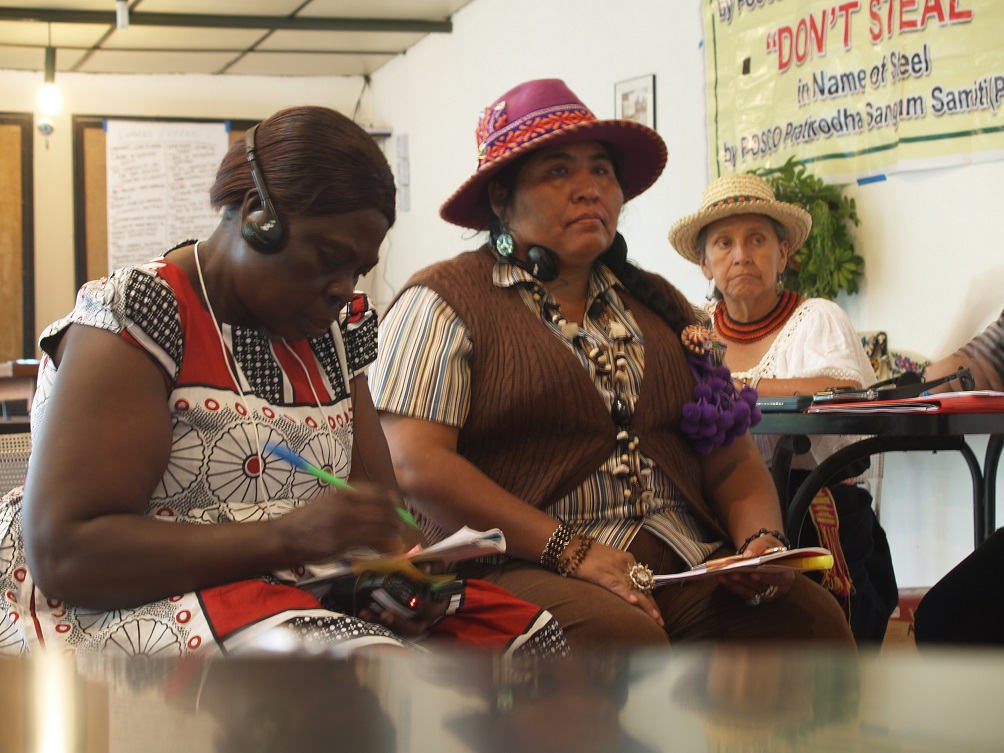 The main challenges facing social movements worldwide were highlighted, including the criminalization, repression and intimidation of those engaging social struggles and defending human rights. Those present expressed concern for the increasing discourse of officials in many countries that falsely accuses social movements of fighting, when in fact they are standing up for human rights.

The leaders also expressed serious criticism of the behavior of many companies, both domestic and transnational, especially those engaged in the extraction or exploitation of natural resources, that often contribute to land grabbing, forced displacement of populations and pollution, often with the complicity of governments. 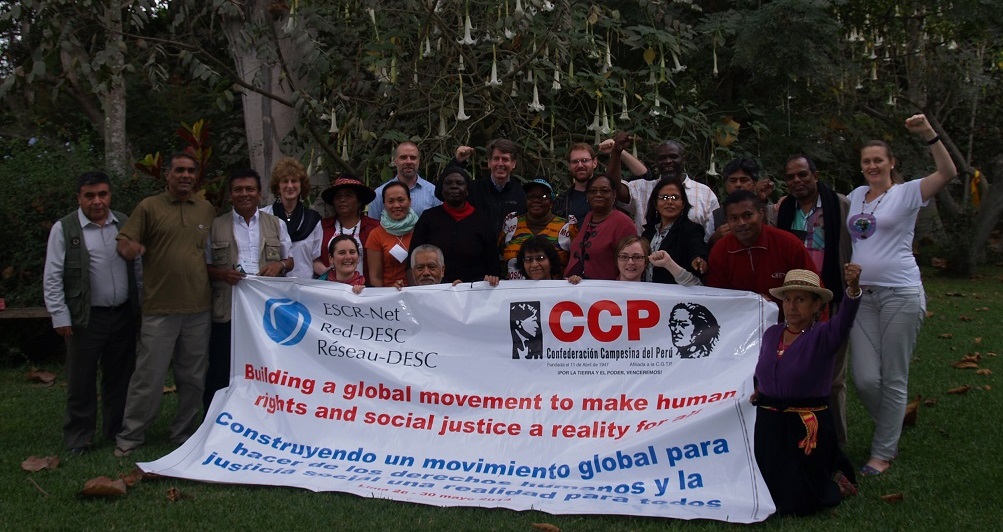 Meanwhile, the Peasant Confederation of Peru recalled the main demands of the Peruvian peasantry: promoting food sovereignty in the country, stopping the concentration of land and denouncing the alarming increase in the criminalization of social protests against oil and mining projects. These latter activities threaten the right to water, food and other economic, social and cultural rights, and so they demand full compliance with international human rights standards, including the right to full and prior consultation by the State and agricultural and extractive companies operating in Peru.

The CCP also demanded an improvement in the status of women, including increased political participation and respect for the fundamental rights of rural and indigenous women, recognizing their major contribution to the rural economy and food sovereignty.

As part of preparation for the upcoming COP20 Climate Change Summit to be held in Peru in December, the CCP, which will participate in the meeting, recalled the obligation of industrialized countries to take on binding commitments related to the serious threat of climate change. Peru is one of the countries most affected by this problem. 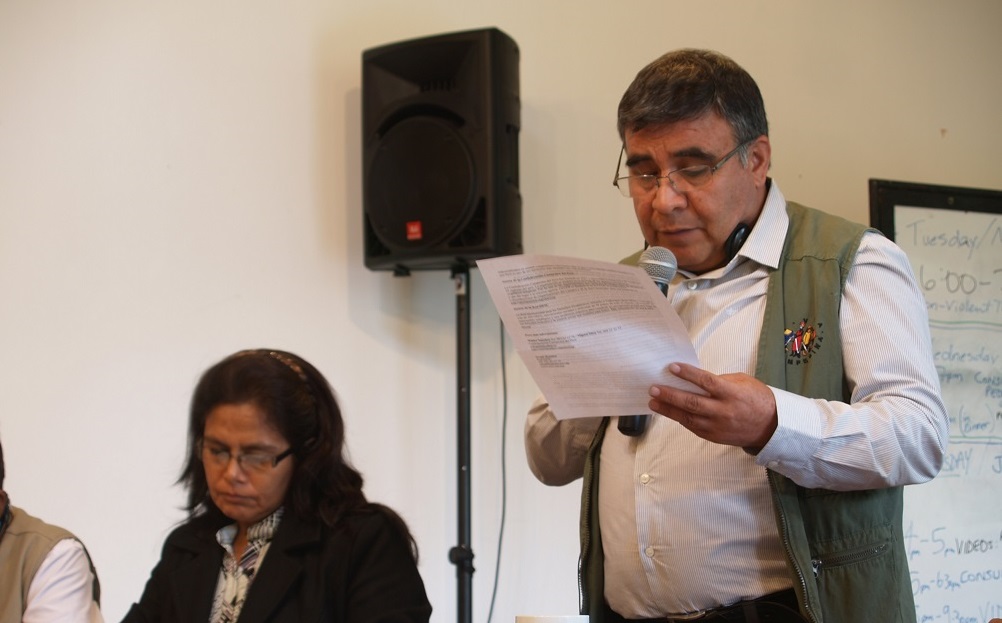 The Peasant Confederation of Peru was founded in 1947 and represents 22 farmers from 25 regions of the country. The organization is a pioneer in defending indigenous peasants. It was one of the organizations that fought for the recovery of land and resulting in land reform. The CCP is founder of the CLOC (Latin American Coordination of Rural Organizations) and Via Campesina. More information http://movimientos.org/cloc/ccp