New publication on indigenous people and the extractive industries

Tebtebba, Indigenous Peoples Links and Middlesex University published a new book on indigenous people and the extractive industries that was launched during a side event of the 2014 UN World Conference on Indigenous Peoples. 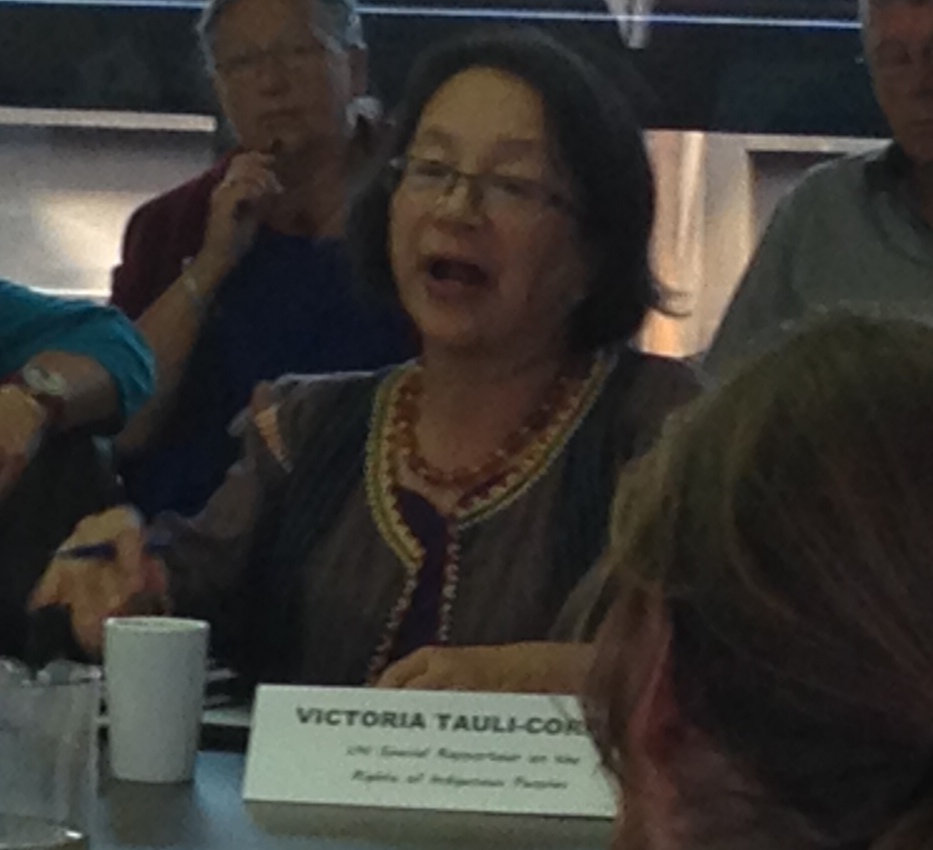 The book was presented by Victoria Tauli-Corpuz who is the current UN Special Rapporteur on the rights of indigenous peoples as well as Founder and Executive Director, Tebtebba Foundation (Indigenous Peoples’ International Centre for Policy Research and Education) and former Chair of the UN Permanent Forum on Indigenous Issues.

The publication details several examples of the struggles of indigenous peoples to defend their rights in the face of the expansion of extractive industries around the world. In Myanmar (formerly Burma), protests over land confiscations for the Letpadaung Copper Mine have led to a string of violent actions by state forces against peaceful protests. The most serious happened on 29 November 2012 when the police set fire to and destroyed six protest camps housing up to 500 monks and 50 farmers. Despite the government creating the Letpadaung Investigation Commission, led by Aung Suu Kyi, protests continue as do the arrests of protesters. In Uganda, employees of East Africa Mining arrived in local communities accompanied by soldiers before the company had met and consulted the communities. This had sown fear and confusion among the communities as the company had no attempt to secure the “free, prior and informed consent” (FPIC) of the communities to mine in their communal land.

In their 2009 submission to the UN Committee on the Elimination of Racial Discrimination (CERD), the Philippines indigenous communities raised their concerns in relation to widespread militarization and violent repression of opposition to mining. This is a “systematic practice” across Asia, reported the UN Special Rapporteur on the Rights of Indigenous Peoples in 2013.

These three cases are just among the various incidents in different indigenous territories worldwide two authors of a new book have cited as they reviewed and assessed the present state of play of the extractive industry in relation to indigenous peoples.

Despite a slowdown in the extractive industry sector following the 2007 global financial crash, the industry’s subsectors—particularly unconventional energy (such as natural gas) and resources such as nickel and copper—continue to rebound, according to the new book, also citing emerging players like China joining the big league of Europe, U.S. and Canada. The continuing and growing demand for metals, fossil fuels and natural gas is expected to help contribute to more CO2 emissions and other environmental harms, particularly water sources, said the authors.

The publication can be downloaded from this link.