An in-depth study about Glencore’s Congolese mines (‘PR or Progress? Glencore’s Corporate Responsibility in the Democratic Republic of the Congo’) published on June 17 by the British human rights organisation, Rights and Accountability in Development (RAID) and two leading Swiss development agencies, Bread for All and Fastenopfer, finds that the company’s performance falls far short of international standards in a number of critical areas.

Security and human rights. Glencore continues to rely on police who all too readily uselive ammunition and excessive force to guard its concessions from incursions from artisanal miners. Over the past 18 months a number of people have been killed or seriously injured on or near the KCC concession. These incidents are not adequately investigated by the authorities and the victims and families do not receive compensation. The report examines a number of these cases in detail, including the death of 23-year old Eric Mutombo Kasuyi, who died on 15 February 2014, shortly after being arrested by a KCC security patrol. 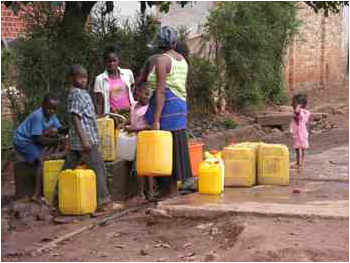 Community relations. There is no effective complaints mechanism in place for affected communities and the company does not share its environmental impact assessments and management plans with them. People living in the townships of Luilu and Musonoi have no access to clean water – KCC has not made this a priority. Access roads of crucial importance to the livelihoods of rural communities near MUMI have been closed without prior consultation.

Environment. In the case of allegations about pollution, Glencore makes do with halfmeasures which fail to remedy the problem. In April 2012 Glencore told the BBC that KCC had stopped effluent from KCC’s plant entering the Luilu River. But according to an analysis of water samples, significant levels of pollution, above legal thresholds and  World Health Organisation standards, continue to occur.

Taxation. Glencore’s investments in community development and infrastructure projects should not blind investors to the fact that the company “optimises” its tax liability by transferring profits to tax havens. In the case of KCC alone, this practice is estimated to have cost the DRC government US$150 million since 2009.

Since 2012 Glencore has aligned its policies with the UN Guiding Principles on Business and Human Rights and it has joined the International Council on Mining and Metals (ICMM) which promotes ‘sustainable’ mining. But questions remain about its willingness to translate these policies into effective action in its day-to-day operations.