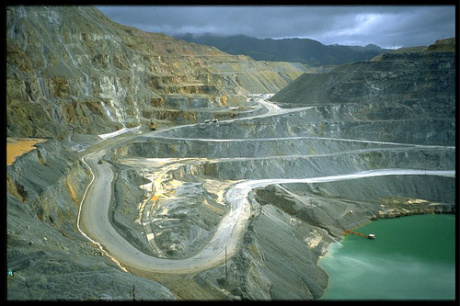 A new report presented to the Inter-American Commission on Human Rights (IACHR) by the Canadian Network on Corporate Accountability (CNCA) says the Canadian government is failing to meet its international obligations to prevent and to provide recourse for harms related to Canadian mining operations in Latin America and the Caribbean.

“Canada has a very strong presence in the globalized mining industry with almost 1,500 projects in the region, and we’re aware of a great deal of conflict,” said Shin Imai, lawyer with the Justice and Corporate Accountability Project (JCAP), who presented before the Commission. “Our preliminary count shows that at least 50 people have been killed and some 300 wounded in connection with mining conflicts involving Canadian companies in recent years, for which there has been little to no accountability.”

“Despite the abuses and growing number of communities saying no to large scale mining in defense of their lands and wellbeing, the Canadian government staunchly and irresponsibly defends Canadian companies through embassies, development aid and numerous other means,” remarked Jen Moore from MiningWatch Canada, who also spoke today.

For more than a decade, UN experts and treaty bodies have echoed calls from civil society groups in the CNCA and internationally that the Canadian government assume its obligations to respect Indigenous and human rights. Canada has been urged to take measures to prevent harm and to provide access to justice for communities affected by Canadian extractive companies’ operations abroad.

A copy of the CNCA report is available here: http://cnca-rcrce.ca/wp-content/uploads/canada_mining_cidh_oct_28_2014_final.pdf