No Fish, No Food: NGO coalition requests investigation of a Dam project in Malasya

A coalition of local, regional and international NGOs, with the participation of EarthRights International, filed a complaint last October 20, with the Human Rights Commission of Malaysia (SUHAKAM), requesting investigation of the impacts of the Malaysian-built Don Sahong Dam project on behalf of Thai and Cambodian communities faced with losing their main food source and the extinction of an endangered dolphin population.  The complaint asks SUHAKAM to ensure that the Malaysian project developer, Mega First Corporation Berhad, complies with international human rights standards, including the responsibility to respect the rights to life and livelihood and the obligation to meaningfully engage with and inform affected communities. 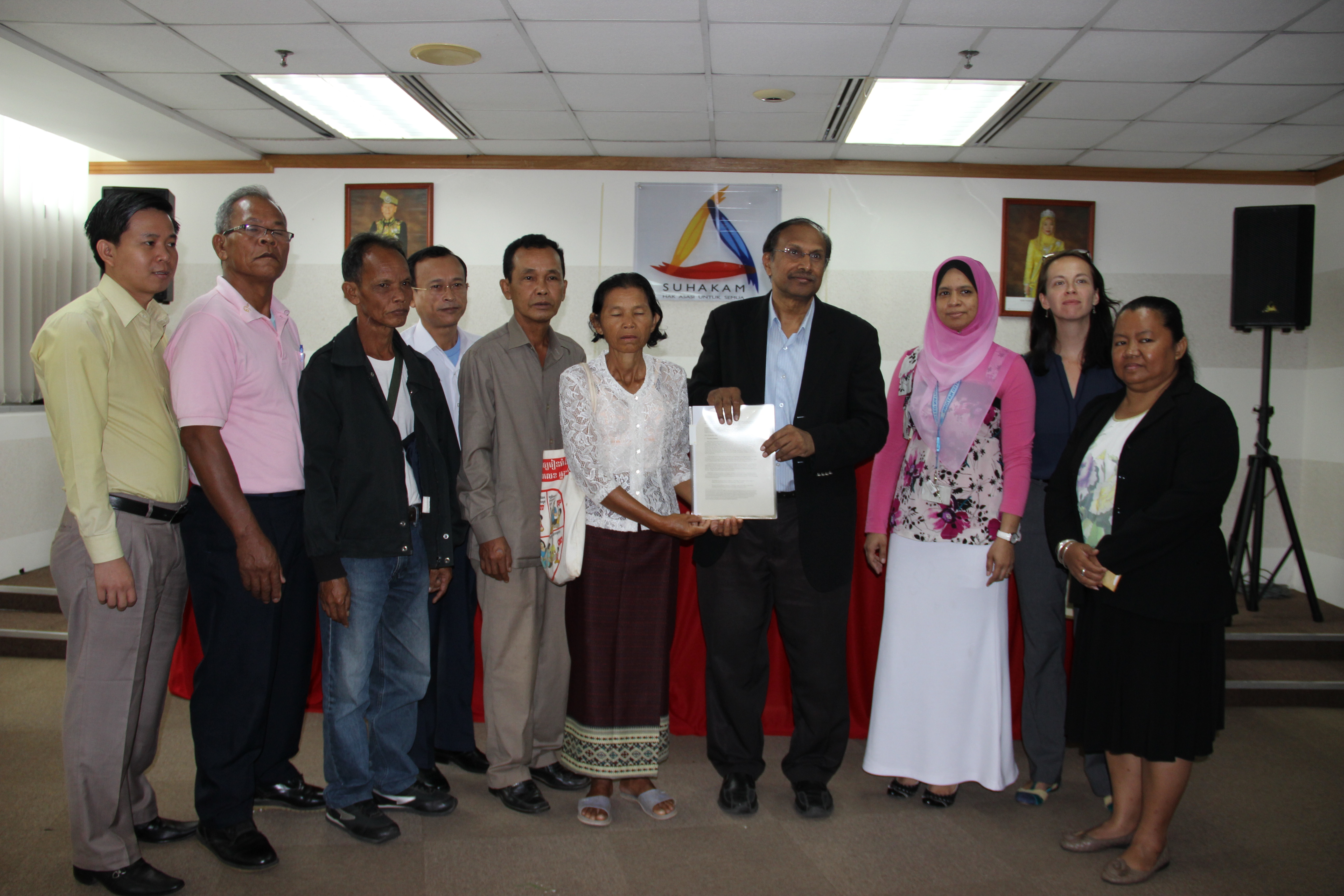 Mega First is building the Don Sahong Dam on the Mekong River in Lao PDR, less than two kilometers upstream from Cambodia’s Stung Treng province.  The dam will entirely block the main channel of the Mekong that provides year-round fish passage through the Khone Falls area.  Mekong fish are highly migratory, and blocking this key channel could devastate fish populations. Professor Ian Baird, an expert in Southeast Asian geography and ecology at the University of Wisconsin-Madison, notes, “Unless the impacts on fish migrations are fully mitigated, and it is unclear if that is possible, the Don Sahong dam can be expected to significantly reduce the number of migratory fish species that move between Vietnam, Cambodia, Laos and Thailand.”

Fisheries are at the center of life for many Thai and Cambodian communities.  Fish are theessential source of protein for most Mekong communities – communities that already live precariously.  For example, in Stung Treng province, 45% of children are already malnourished.  Yet, Mega First has done almost no investigation of how the disruption of fish will harm these communities.

“Most of my people fish as a way of life,” said Huot Seng, the vice-chief of Loe village in Preah Romkel commune, Stung Treng province. “It is how they feed their family and earn a living.  But, when the company comes to build the Don Sahong Project, they never ask about fish.  They just tell me there will be no problem.”  Despite these substantial risks and repeated attempts by NGOs to engage with the company, Mega First has failed to provide any response.

Another major source of livelihoods in Stung Treng is eco-tourism to see the last remaining Irrawaddy dolphins in the Mekong River. An isolated pod of this critically endangered population, consisting of six dolphins confined to a pool just downstream of the dam site, will almost certainly be destroyed. Only about 85 dolphins total are believed to remain in the Mekong, and, like the fish they eat, the dolphins migrate through the Khone Falls area and may not survive the dam.

Mega First has not given communities any information on how – or whether – it intends to address concerns about these impacts.  Mega First has offered little evidence that their proposed mitigation measures will work, creating an unacceptable risk that the dam will destroy the livelihoods and threaten the lives of upstream and downstream Mekong communities.

Corporate accountability in Lao PDR is also a challenge. “The Don Sahong Project is representative of what is happening across much of Southeast Asia: Large scale development projects, funded and owned by foreign companies, are being developed without the participation of affected communities and in countries where domestic accountability measures are weak,” said EarthRights International lawyer Tanja Venisnik. SUHAKAM has the ability to investigate Mega First’s activities and can be an important lever for ensuring their human rights compliance.  “We hope that this action will encourage Malaysian companies to take responsibility for their actions when operating abroad. For Mega First specifically, we hope that they will chose to cancel the project all together if these necessary studies are not carried out and mitigation measures are not sufficiently proven,” she added.