NYC Screening of The Square organized by NESRI with Q&A by Hossam Baghat, EIPR Founder and ESCR-Net Board Chair 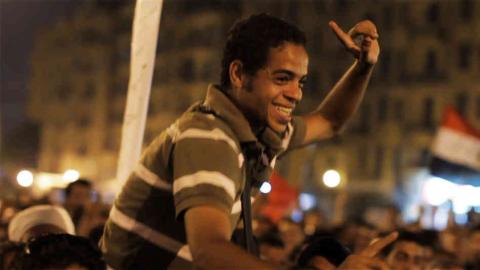 National Economic and Social Rights Initiative (NESRI) has organized a special screening in New York City of The Square, a portrait of Egyptian Revolution through the eyes of the movement’s young activist. The film, co-hosted by ESCR-Net, will be followed by a Q & A with Hossam Baghat, founder of the Egyptian Initiative for Personal Rights and Board Chair of ESCR-Net.

From Tahrir Square to Occupy Wall Street, the world has recently seen many inspiring revolutionary moments demanding equality and human rights in all areas of life, with economic justice at the center of people’s demands. Occupy Wall Street, which launched an ongoing public debate about income inequality, claimed inspiration from the Egyptian revolution and relied on advice from key leaders of the Egyptian April 6 Youth Movement. Egyptian activists used public education materials about Dr. Martin Luther King during their revolution to inspire them. Our struggles for economic and social rights are inextricably linked in this global economy. As we offer solidarity and take inspiration, we must also learn about and from one another to strengthen our mutual struggles. We hope you will join us!