The protest of persons with disabilities in Nepal demanding their proportional representation in the Constituent Assembly reached a positive result in the last days. Dialogue held between National Federation of the Disabled Nepal and the Nepalese Government became in a written consensus that has been developed on the demands raised by NFDN.  The main point of the consensus is the following: 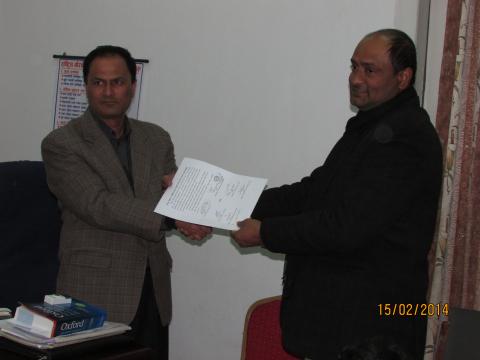 The NFDN have been protesting for more than one month against the government in order to assure that persons with disabilities are represented in the Constituent Assembly through the 26 seats to be nominated by the cabinet.

When the government and political parties didn't listen to their demands and peaceful protests, the movement started a hunger strike which lasted for the last 11 days.

The representative of NFDN, President Mr. Shudarson Subedi and the secretary of Prime Minister's office Mr. Surya Prasad Silwal jointly publicized the written consensus in Bhadrakali last February 15th at 4 pm in the presence of key leaders of major political parties and put an end to the hunger strike. NFDN has declared, however, that it will continue its campaigns to assure representation until representation of persons with disabilities is a reality at the CA.