Owners, executives and managers of some prominent companies actively participated in the human rights violations committed against workers during Argentina’s 1976-1983 dictatorship, according to evidence set forth in the newly published study “Business responsibility in crimes against humanity: The repression of workers during state terrorism”, prepared by CELS, the Area of Economy and Technology of the Latin American Faculty of Social Sciences (FLACSO-Argentina), and the Truth and Justice Program and Human Rights Secretariat – both of which belong to the Argentine Ministry of Justice and Human Rights. 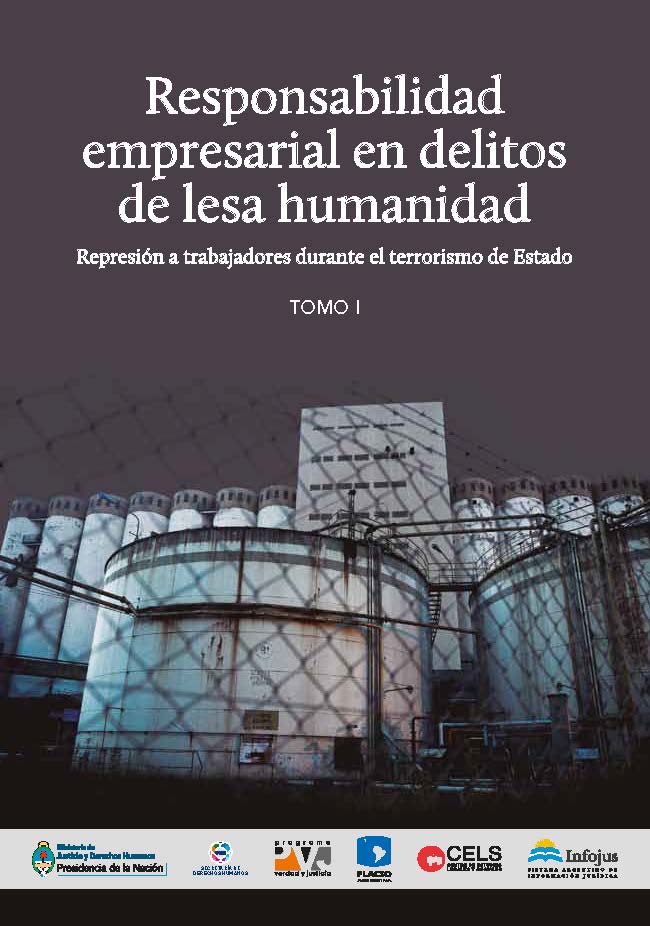 This two-volume report (available in Spanish) is part of the memory, truth and justice process in Argentina, which began with the 1985 trial of the military juntas and the Nunca Más report and included the innovation of Truth Trials when amnesty laws and presidential pardons stymied criminal prosecution. Once the amnesties were definitively scrapped in 2005, hundreds of judicial investigations and trials were reopened or launched. This included probes into the responsibility of civilians – judicial officials, clergy members and company executives, among others – in these crimes against humanity.

Nearly 900 victims of state terrorism were identified in the 25 companies researched in the report, 354 of whom were forcibly disappeared and 65 of whom were murdered. The majority of victims were workers and ex-workers of these same companies who participated in processes of conflict and labor organization. The companies under study cut across sectors and regions of the country and include units of international corporations such as FIAT, Ford Motor Company and Mercedes-Benz and Argentine companies such as Acindar, Dálmine-Siderca, Ingenio Ledesma, Molinos Río de la Plata and La Veloz del Norte. Today almost all of these firms face judicial investigation or proceedings, at varying stages of progress.

The most extreme manifestation of the widespread militarization of work spaces during the dictatorship was the installation of clandestine detention and torture centers on company premises. There is also evidence that some company executives were present during the abduction, captivity and torture of workers. More common was the vast deployment of military and security forces on factory grounds; some corporate officials explicitly sought this military intervention and provided logistical and/or financial support. These types of coordination to repress workers, on their own merit and in the context of state terrorism, constitute human rights violations.

The research was presented on December 3 in Buenos Aires, one week after the national Congress created a bicameral commission to investigate economic and financial complicity with the dictatorship – a move backed by five human rights experts from the United Nations, among them the Special Rapporteur on the promotion of truth, justice, reparation and guarantees of non-recurrence.

The responsibility of economic actors in rights violations has been the focus of concern and debate in numerous international forums. The process to elaborate an international legally binding instrument on transnational corporations and other business enterprises with respect to human rights began recently, with the intergovernmental Working Group that was established by the UN Human Rights Council holding its first session last July.