According to the Brazilian Platform of Economic, Social, Cultural and Environmental Human Rights (DhESCA Brazil), the National Council of Human Rights (CNDH) has unanimously agreed upon the recommendation that public institutions, especially the Brazilian Institute of Enviroment and Natural Renewable Resources (IBAMA), should require "effective and full compliance with all conditions of the Basic Environmental Plan as a requirement for the issuance of the Operating License of Belo Monte dam". The decision of the Council was made during the mission conducted in June, and the report of the mission is now being released.

Norte Energia SA, a subsidiary of Belo Monte dam, requested the license on February 11th this year. The request is pending within IBAMA. The company expects that the license will be granted this September. 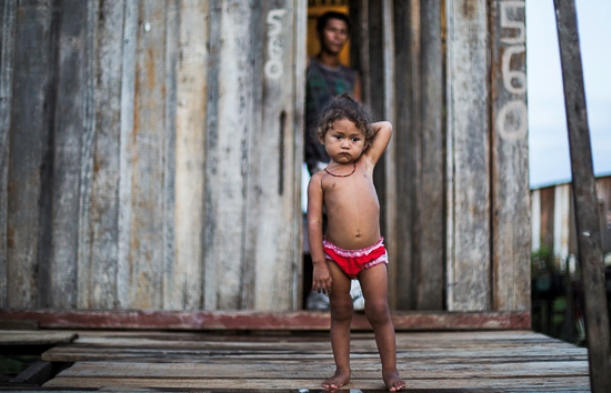 According to Leandro Scalabrin, who represents Movimento dos Atingidos por Barragems (MAB) in the working group 'People Affected by Dams of the National Council of Human Rights', the submission of complaints regarding human rights violations which led to the mission to Belo Monte is an initiative of DhESCA Brazil, social movements in the region, and several public entities, including the Federal Public Prosecutor's Office, the Federal Public Defender's Office, State Public Defenders and the Federal University of Pará. The objective of submitting the complaints was to reduce impacts and prevent more violations of rights associated with granting the license for the dam.

“If the effective and full compliance with all the conditions of the Basic Environmental Plan is not treated as a requirement for the issuance of the Operating License, we will see more rights violations in the region, similar to what happened in relation to other dams, such as Santo Antônio and Jirau. One of the main legal loopholes that permits these violations is providing a new deadline to the company, giving it until the end of dam construction to do what should have been a prerequisite to construction, with the result that these duties are transformed into new conditions, and ultimately postponed" says Leandro.

Darci Frigo, lawyer and Director of DhESCA Brazil, highlights the results of the visit, "a number of complaints were submitted to the mission representing the National Council of Human Rights. These complaints are documented in the mission report in support of the conclusion that there are indeed human rights violations occurring; people are being both directly and indirectly impacted by the actions of Norte Energia with relation to the Belo Monte power-dam project. Without compensation for these rights violations, the Operating License for the dam cannot be granted".

On June 29, the Socio-Environmental Institute (ISA) published the “Dossier Belo Monte – There are no conditions for the Operating License”, which states, among other things, that there are insufficient conditions for IBAMA to authorize the beginning of the process of filling of the reservoir of the hydroelectric plant of Belo Monte and the definitive redirection of the Xingu River so that part of the plant can begin to operate.

Among the problems verified by the National Council of Human Rights is the policy adopted by Norte Energia regarding the treatment of urban people from Altamira (PA) affected by the dam -  more than 10 thousand families according to MAB. With the option for resettlement apparently no longer available, families are under pressure to opt for derisory offers of compensation. "I've lived here over four years and they are now asking me to prove it. Recently they came and offered a paltry sum of R$ 20,000 (around $5185 dollars), you can't buy any house or shelter with that, so I did not accept it," said Leila Valderez, a resident of the neighborhood Boa Esperança. She also described the suffering of the last families to remain in the flooded area: "We are experiencing terrible suffering - because our neighbors have already left, the energy posts are being taken away, and we are left without power, and practically without water because there's no way to pull water from the wells. And some people are already saying that they (the company/police) will get us out of here by means of dispossession and displacement, that we will be left without the right to anything, our stuff will all be thrown away and we will practically have to live in the streets."

Among the people that are not recognized by Norte Energia are approximately 300 families from the Independente II neighborhood in Altamira, a lake region. As of now, the families have no plans to leave. "An engineer came here to say that the water will rise two meters and that we have until September 15th to leave, but there was no mention of where we could go," said resident Luciana Vieira dos Santos.

The increase in the cost of living due to the construction of the dam has also been a problem for the people affected, as reported Keilane Souza. She is member of one of the 500 families who occupied a house under construction by the project Minha Casa Minha Vida last June. "It's not easy to live here. If I had another option, I would be living in a better place; everything is difficult - water, energy, transportation. There are families with two, three children, who have nowhere else to live, they had a home but that was taken away. Today you have to pay R$ 600 to R$ 800 in rent or you have no home. Where will I will live, under the bridge?" asks Keilane. Similar problems are impacting 2000 homeless families in the municipality of Vitória do Xigu, who are also camped out in an occupied site.

Those affected have also reported threats to human rights defenders and the refusal of the police to file reports against security companies and police officers who abuse their authority. In addition, as highlighted by lawyer Maria Dirlene Trinity, the National Feminist Health Network, MAB members and other social movements are being criminalized through legal action to prevent the mobilization of those affected.

In its annual report released on August 4, the Getulio Vargas Foundation - contracted through the Xingu Regional Sustainable Development Plan - outlined several "challenges" that still need to be addressed by Belo Monte: 1) the installation of a sewage system in Altamira; 2) problems associated with compulsory displacement in rural areas; 3) the protection of indigenous territories; 4) engagement in education; 5) access to health; 6) attention to indigenous health; 7) control of deforestation; 8) local institutional capacity; 9) access to information, transparency and social control.

For the Federal Public Prosecutor's Office, the implementation of the actions outlined in the Basic Environmental Plan is fundamental and the numerous unanticipated impacts requires new mitigating actions that can make the impact of Belo Monte dam acceptable to indigenous peoples. “It's necessary to say to the federal government that if the government's choice is to use the Xingu River to generate power, this has to be done according to the law. Once the choice is made, the State or the company can't put themselves above the law. There is no possibility of an operating license for Belo Monte without a reassessment process," concluded Thais Santi, Attorney General in Altamira.


The report approved by the National Council of Human Rights will be submitted with the recommendations to each responsible institution. Among these institutions are the following: IBAMA (responsible for granting the operating license), the federal, state and municipal governments, the Superior Court of Justice, the Federal Public Defender's Office, the Supreme Federal Court, as well as Norte Energia itself, so that beyond the science of the report, a process of recognition and reparation of human rights violations can be initiated.