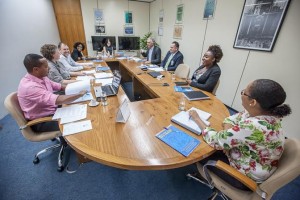 On Wednesday, March 25, civil society organizations, coordinated by Plataforma Dhesca, voiced their recommendations to Brazil’s Commission on Human Rights in order to inform its working agenda. The recommendations, which reflected priorities of multiple groups, including Afro-Brazilian communities, indigenous rights advocates, the landless farmworkers movement and women’s groups, were submitted to the new president of the Commission in efforts to promote participation by social movements and human rights organizations in defining the priorities for the coming period.

Among the issues identified by participating groups as priorities for the human rights commission include the decriminalization of abortion, the situation of people living in the streets, and the need to combat racism, sexism, and socioeconomic disparities, violence against women, afro-descendant people and GLBT people. The security and protection of human rights defenders and leaders of social movements was also highlighted. Other issues raised include conflicts over lands and water, limiting the use of pesticides in agriculture and promoting the ratification of the UN Convention on the Rights of Migrants and the adoption of a new law on migration.

In order to deepen the Commission’s work on these topics, Brazilian civil society organizations will soon request thematic missions and submit to the Commission’s secretariat a set of proposals to be included in the work plan for the coming period.