The International Network for Economic, Social and Cultural Rights (ESCR-Net) sent a letter to the Egyptian Government today to express its condemnation of the arrest of Mr. Hossam Bahgat, and calls on the Egyptian authorities to ensure his immediate and unconditional release.

Mr. Bahgat was summoned by Egyptian military intelligence to appear for questioning yesterday morning and continues to be detained today. 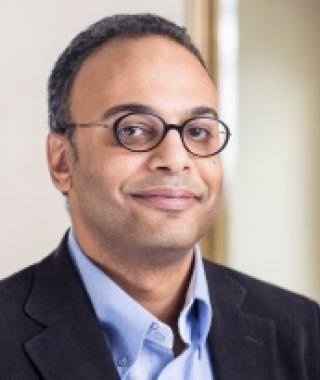 Mr. Bahgat serves as the board chair of ESCR-Net, having been elected by its 220 organizational members across more than 70 countries. Currently, Mr. Bahgat works as an investigative journalist with Cairo-based news outlet, Mada Masr. He was the founding executive director of the Egyptian Initiative for Personal Rights (2002-2013) and continues to act as chairperson. He also serves as a board member of the Fund for Global Human Rights and an advisory board member of the Open Society Justice Initiative. In 2010, he was awarded the Allison Des Forges Award for Extraordinary Activism by Human Rights Watch.

Reports indicate that Mr. Bahgat was summoned to appear for questioning at the military intelligence headquarters in Cairo on Sunday, 8 November 2015, and subsequently detained in connection with several articles that he published about the Egyptian army. He has reportedly been charged by the military prosecutor on charges related to publishing “false information that harms national interests.” Egypt’s counter-terrorism laws and penal code have been utilized to criminalize journalists who publish information that differs from the accounts of the Ministry of Defence.

In the letter, sent on behalf of more than 270 international Human Rights organizations and individuals, ESCR-Net “condemns the arbitrary arrest of Mr. Bahgat and the serious violation of his human rights, particularly his right to freedom of expression” and notes that the treatment of Hossam is “reflective of an ongoing practice of harassment, arrest and incarceration of journalists and human rights defenders through the application of widely criticized anti-terrorism legislation, with the apparent purpose of silencing dissenting views and political debate.”

ESCR-Net calls for the immediate and unconditional release of Hossam and the dropping of all charges against him. It also calls on the Egyptian Government to take all possible measures to guarantee the right, for all people in Egypt, to freedom of expression and opinion, to ensure protection of human rights defenders in line with international standards, and to cease the practice of military jurisdiction over civilians. The letter also calls for protection of rights while in custody, including communication with counsel of his own choosing.  We have learned that Hossam’s lawyers have been denied access to him and knowledge of his exact location since Sunday night.

To read the letter in English, please click here.

To read the letter in Arabic, please click here.