From July 6th to 10th, the United Nations’ (UN) open-ended intergovernmental working group (IGWG) held its first session to discuss the fundamentals of an international, legally-binding instrument to address corporate-related human rights violations. It was a productive week made possible by the commitment of States, civil society organizations (CSOs) and experts in a concerted effort to consider constructive way to effectively hold corporations accountable for human rights violations. 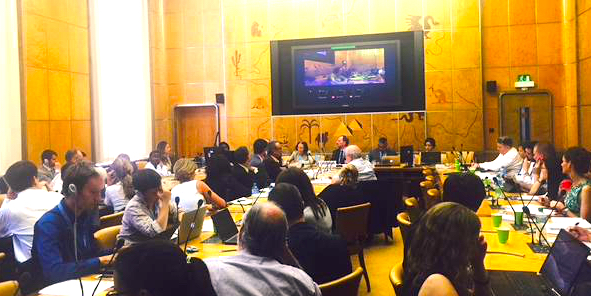 The programme of work was adopted by the IGWG on the first day of the session, which consisted of eight sessions containing panels of experts making oral presentations, followed by State and civil society contributions. The sessions focused on a wide range of issues including the principles of a new instrument, the scope of the instrument, States' obligations (including extraterritorial obligations) legal liability of transnational corporations and mechanisms to provide access to remedy. There were interesting debates on extraterritorial obligations, particularly with frequent references to the values under the Maastricht Guidelines.

Over 100 civil society organisations attended the IGWG session, coordinating a series of advocacy activities inside and outside the Palais de Nations, including a week-long occupation of the UN plaza with daily mobilizations and strategy meetings, as well as actions and events inside the Palais on each day. The coordinated participation of civil society played an integral role in the meeting, particularly during the first day when suggested amendments to the programme of work threatened to derail the entire initiative. The European Union suggested two amendments, to include a session on the Guiding Principles and to expand the scope of sessions in the meeting to consider the application of a new instrument to all business enterprises, not just transnational corporations. There was broad support for the first suggestion, but very limited support for the second suggestion, which also stirred significant opposition from a number of states, particularly Pakistan, Russia and India. 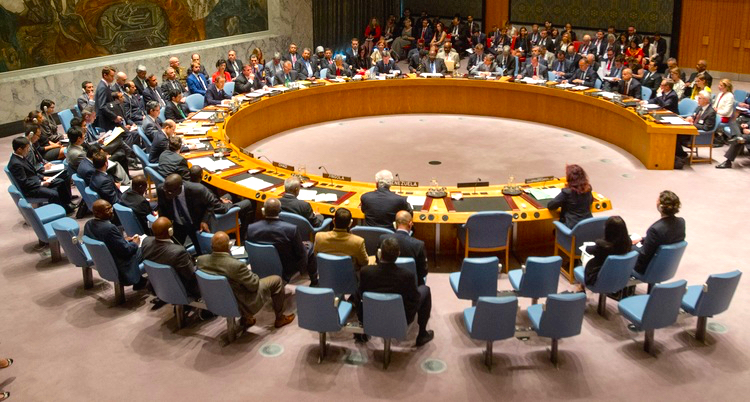 Once the programme of work was finally adopted many states participated actively in the substantive debates, particularly states such as Mexico, Ghana and China. It is worth noting also that while the intention of the EU’s actions on the first day were considered by some to be questionable, their presence was encouraging, as was the presence on all days by some European countries, including France and Switzerland. The delegation of the United States was also present in some aspects of the meeting, although their delegation did not take formal part in the meeting, along with some other OECD countries such as the UK, Australia and Japan.

ESCR-Net participated in the formal deliberations of the meeting, delivering an oral statement on July 7th on behalf of sixteen organisations (including many ESCR-Net members) calling for a flexible approach to the instrument that addresses all business enterprises, albeit with specific attention to the complexities of transnational corporations.

A jointly hosted side session by ESCR-Net and FIDH facilitated interactive debate among State representatives and CSOs on the priorities of CSOs for the new instrument. This side session is part of the ESCR-Net and FIDH Treaty Initiative being undertaken to facilitate active CSO participation in this process. CSOs present from Asia presented elements of their Unity Statement that was created in the wake of the Treaty Initiative’s regional consultation in Asia-Pacific in May. Members of the Treaty Initiative’s Legal Group also participated in the debates, answering questions from CSOs about the new instrument.

Previously, ESCR-Net and FIDH submitted a joint written statement emanating from their Treaty Initiative on the scope of the treaty. Interventions by some other civil society organisations during the meeting, while not denying the challenges posed by national-level corporations, called for a particularly strong emphasis on dealing with the challenges posed to human rights and the environment by transnational corporations.

In the intersessional period between this first and the second IGWG meeting, ESCR-Net will continue to support CSO participation in the process to develop a new treaty, including by holding a second regional consultation in Africa on October 24-25, 2015.