The Government of South Africa ratifies the ICESCR 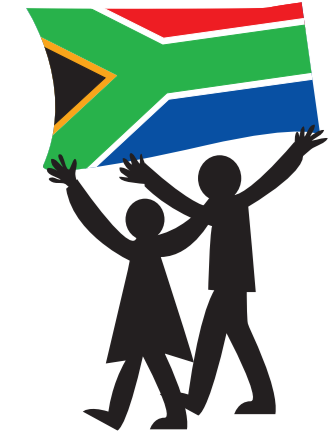 The Socio-Economic Rights Institute (SERI), the Legal Resources Centre (LRC), the Community Law Centre (CLC), Section 27 and other Members welcome the recent South Africa's ratification of the International Covenant on Economic, Social and Cultural Rights (ICESCR) on January 18, which will enter into force on 12 April 2015.

The South African government signed the ICESCR twenty years ago. Ratifying the Covenant represents an important step forward, giving the ICESCR greater force. The final rat­i­fi­ca­tion of the covenant was a fit­ting trib­ute to for­mer pres­i­dent Nel­son Man­dela who ini­tially signed the ICE­SCR in 1994 on his first visit to the UN in New York.

While welcoming the ratification,  Section 27, LRC and other allies suggested, "We are dismayed by the qualification made in respect of the right to education, which detracts from what is otherwise a moment to celebrate." In particular, this qualification states:‘The Government of the Republic of South will give progressive effect to the right to education, as provided for in Article 13 (2)(a) and Article 14, within the framework of its National Education Policy and available resources.’

However, the organizations note that the Constitution and subsequent rulings of the South African Constitutional Court have made the "right to 'a basic education'...immediately realisable."

In its press statement, SERI expresses its anticipation of “the government’s speedy ratification of, or accession to, the Optional Protocol to the ICESCR (OP-ICESCR) – an action that will consolidate South Africa's role in advancing the rights of poor people around the world to a decent standard of living.”

As SERI explains, “The OP-ICESCR is an additional treaty that provides an individual complaint mechanism (such as exists for the other major international human rights treaties, including the International Covenant on Civil and Political Rights). This mechanism further promotes a culture of accountability for implementing the ICESCR. It empowers vulnerable and marginalised groups to lodge individual complaints at the international level regarding violations of their socio-economic rights. More information on the OP-ICESCR Ratification Campaign here.”

The South Africa Human Rights Com­mis­sion (SAHRC) also wel­comed the deci­sion by gov­ern­ment to rat­ify the UN’s Inter­na­tional Covenant on Eco­nomic, Social and Cul­tural Rights. “The deci­sion by gov­ern­ment, which was effected on the Jan­u­ary 12 2015, should be com­mended as it ensures that South Africa is finally able to hon­our its inter­na­tional oblig­a­tions and to con­sol­i­date its com­mit­ment to alle­vi­ate poverty and ensure social jus­tice for all,” the SAHRC said in state­ment. The Com­mis­sion urged gov­ern­ment to apply the covenant domes­ti­cally.