On 19 August, ESCR-Net sent a letter to the Government of Guatemala to underscore its concern about the criminalization of a substantial number community leaders and human rights defenders in Huehuetenango, Guatemala. The letter, which was sent in response to a reply received following an earlier communication sent on March 23, 2015, reiterated ESCR-Net’s concern about an apparent pattern of criminalization and legal harassment in cases involving indigenous leaders that have expressed their opposition to natural resource extraction projects. 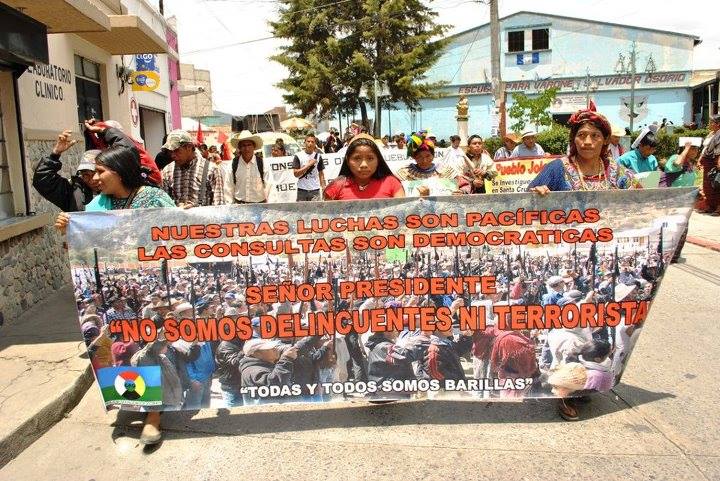 It called attention to nine political prisoners arrested this year in connection with social conflicts related to mining activities in Huehuetenango, eight more human rights defenders who have been imprisoned since 2012 on similar charges and the existence of 21 arrest warrants against community leaders who have expressed opposition to mining projects. The letter calls attention to the seriousness of the charges against these human rights defenders and questions the frequent use of preventive or arbitrary detention against them, emphasizing the importance of impartiality and independence of the judicial system.

ESCR-Net called on the Government of Guatemala to: