Hossam Bahgat has been released, but unclear if charges still pending

ESCR-Net celebrates the release today of Hossam Bahgat, Board Chair of ESCR-Net, following interrogation and detention by Egyptian military intelligence.

On Monday, the military prosecution ordered the detention of Bahgat for four days, pending investigation into charges of publishing false news that harms national interests and disseminating information that disturbs the public peace. The charges relate to Articles 102 and 188 of the Egyptian Penal Code. Article 102 stipulates an unspecified prison sentence and a fine of EGP50–200 for deliberately broadcasting false information that disturbs public security, incites public panic and harms the public interest. Article 188 stipulates a maximum one-year sentence and/or an EGP5,000–20,000 fine for falsely attributing sources or involuntarily disseminating false information or forged documents that disturb public order, incite public panic and harm the public interest. 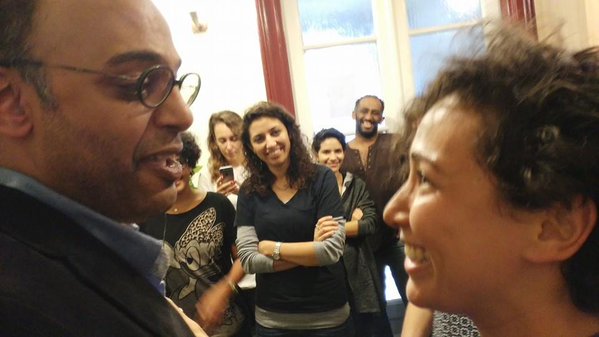 According to Mada Masr, Bahgat was released after signing a document stating, “I, Hossam Bahgat, journalist at Mada Masr, declare that I will abide by legal and security procedures when publishing material pertaining to the Armed Forces." The document also stated “I was also not subjected to any moral or physical harm.” It remains unclear whether the charges leveled against him have been dropped.

ESCR-Net would like to thank all its members and allies from every region of the world for their immediate and welcomed response and solidarity action, and will continue to monitor the situation.

As noted in our letter to the Egyptian government, the arrest and charges against Bahgat represent a serious violation of, in particular, his right to freedom of expression, and reflect an ongoing practice of harassment, arrest and incarceration of journalists and human rights defenders through the application of widely criticized anti-terrorism legislation, with the apparent purpose of silencing dissenting views and political debate.

ESCR-Net maintains its requests to the Egyptian government to guarantee human rights to all people in Egypt, ensure protection for human rights defenders, and cease the practice of military jurisdiction over civilians.