Representatives of the Sarayaku people (Ecuador), Dejusticia (Colombia), and Fundación Pachamama (Ecuador), with the support of ESCR-Net, came together at meetings organized by the Enxet-Sanapaná people together with Tierraviva (Paraguay) on September 26-27.  The discussions focused on enforcing decisions by the Inter-American Court of Human Rights (IACHR).  Three Enxet and Sanapaná indigenous communities from Paraguay (Yakye Axa, Sawhoyamaxa and Xámok Kásek) and the Sarayaku original community in Ecuador succeeded in obtaining IACHR decisions which demand that the States of Paraguay and Ecuador protect their right to land.  However, the States have so far neither returned the land to the three communities in Paraguay nor removed explosives from the land of the Sarayaku in Ecuador. 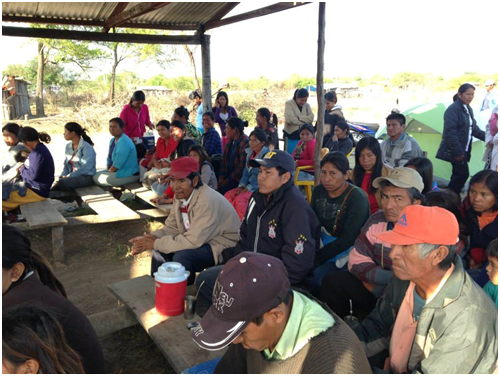 Access to education, food, water and healthcare is scarce to nonexistent, in spite of the IACHR decisions.  The money originally allocated for a development fund to help the Sawhoyamaxa and Yakye Axa was spent otherwise. 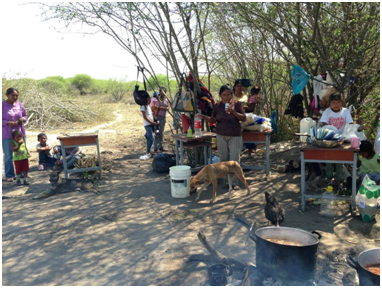 Paraguayan indigenous communities and the Sarayaku in Ecuador signed a declaration of mutual support to demand that the 2014 budget includes enough funds to buy the lands of the Xámok Kásek, to expropriate the lands on behalf of the Sawhoyamaxa, and to complete construction of a road to access the alternative lands of the Yakye Axa.  Regarding Ecuador, the declaration highlights that explosives must be removed from the Sarayaku land (IACHR decision). 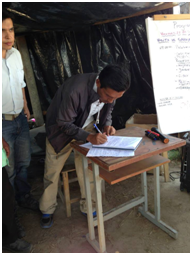 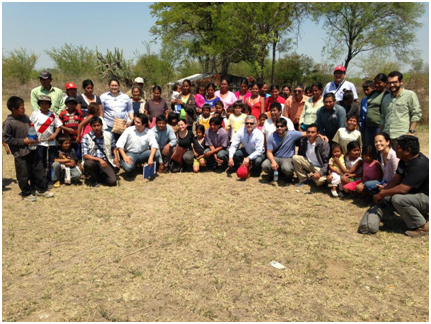