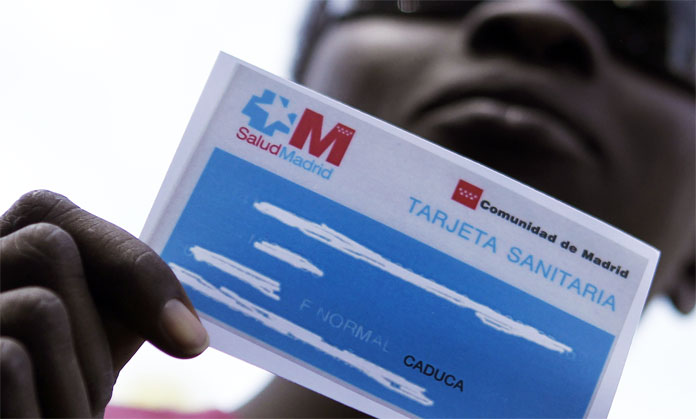 On March 31, 2015, the Ministry of Health responded to political pressure—generated in part by ESCR-Net Members and allies working in collaboration with the ESCR-Net Strategic Litigation Working Group—and suggested that undocumented migrants would be able to access to primary health care. However, as Medicos del Mundo, Red Acoge and CESR have explained in statements linked below, this did not reestablish access to universal healthcare for some of the most vulnerable groups in Spanish society.

In April 2012, the Government of Spain issued Royal Decree 16, which denied undocumented migrants’ access to health, except in cases of emergency resulting from serious illness or accident, pregnancy, and assistance to children under 18 years old.  However, Spain is a party to the International Covenant on Economic, Social and Cultural Rights (ICESCR), which prohibits retrogression without due justification “by reference to the totality of rights” and requires the protection of the right to the highest attainable standard of health. Spain also ratified the Optional Protocol to the ICESCR in 2010.  This means that Spain can be held accountable at the international level via individual cases to be taken to the UN Committee on ESCR.

In March 2012, ESCR-Net Strategic Litigation Working Group (SLWG) organized a first meeting on austerity measures and the right to housing, bringing together lawyers from Spain and SLWG members, to discuss the possibility of litigation in regard to “express evictions”.  The initiative was part of a wider series of ongoing workshops focused on advancing and supporting strategic litigation in countries that have ratified the OP-ICESCR.  The SLWG’s focus on potential litigation strategies to confront austerity measures deepened in November 2013, when another meeting was organized by Medicos del Mundo, Red Acoge, CESR and  ESCR-Net’s SLWG to discuss strategies of litigation concerning austerity measures that had restricted access to health to more than 800,000 people, including undocumented migrants. That discussion was continued online as well as on another meeting, held in March 2014 in Madrid, to identify criteria for the selection of cases, as well as risks and opportunities for domestic litigation that could later lead to the use of UN mechanisms of protection.

In 2015, a first case regarding access to health was taken to the Spanish courts by Red Acoge and CESR. The plaintiffs challenged an Order issued by the Ministry of Health, Social Services and Equality (SSI/Order 1475/ 2014), which established a system through which those excluded from the public health system could purchase alternative health insurance. This case was recently discussed during a strategy meeting of the SLWG, held in April 2015.

For more information on the recent decisions taken by the Spanish government, please access: