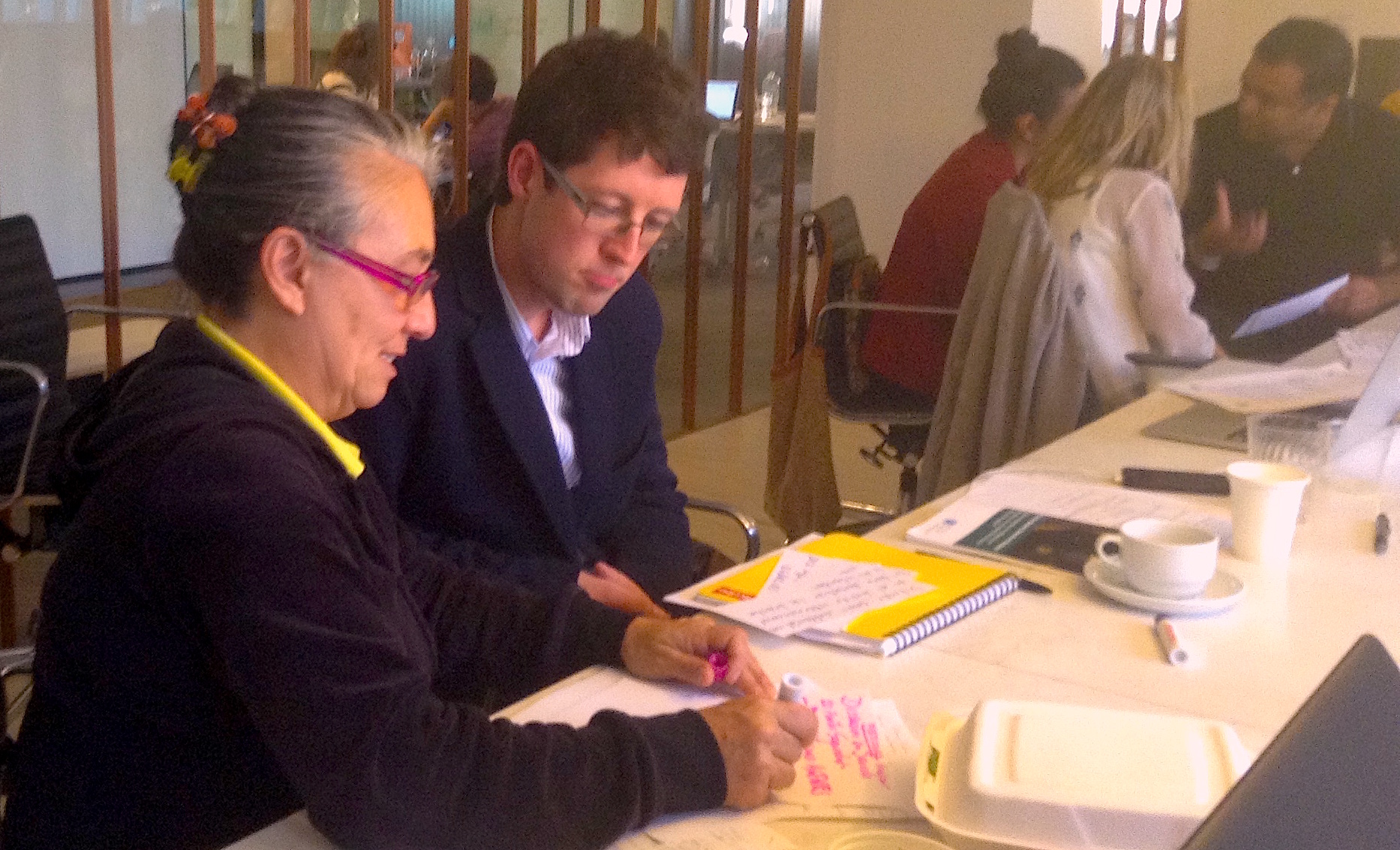 The ESCR-Net Corporate Accountability Working Group (CAWG) organized an awareness-raising and broad strategy building meeting with more than 15 Mexican civil society organizations on January 28, 2015 in Mexico City in relation to the new UN process to establish a treaty to regulate corporate violations of human rights.

The objective of the meeting in Mexico City was to inform on the progress of the UN’s process to begin developing a treaty, and discuss ways in which domestic organizations can actively participate during this process.

A collection of Mexican ESCR-Net Members participated in the meeting, including PODER, ProDESC, Proyecto AliMente, Equipo Pueblo, FIAN Mexico and CEMDA, as well as some from other regions who were present in Mexico for another ESCR-Net meeting regarding corporate capture, including Defend Job Philippines and Habi Centre for Environmental Law (Egypt).

During the meeting, participants raised concerns that there are legal gaps in national legislation, which facilitate impunity and provide corporations with influence over the judicial system. There was agreement that the treaty process may open new strategic opportunities to create a local advocacy agenda, strengthen existing collective efforts on addressing corporate human rights violations and effectively pressure the Mexican government to take proactive steps towards greater corporate accountability and transparency.

Participants also mentioned the inefficiency of current mechanisms when addressing corporate human rights violations, and agreed that a new mechanism may help advance a local agenda, while also connecting Mexican civil society efforts with similar actions in other countries.

Ideas were also shared about how to effectively engage in the process of developing the treaty. Some of the ideas proposed were related to coordinated advocacy opportunities on national and international litigation, lobbying of the Mexican government and diplomats at the UN, creating awareness among other Mexican and international advocates regarding emblematic cases of corporate human rights violations, and promoting the recognition and application of extraterritorial obligations (ETOs).

During the meeting it was also announced that ESCR-Net and FIDH have launched a project that will facilitate member’s and partner’s engagement in the development of the content of the treaty, through consultations with an expert legal group who will travel to all major regions of the world and meet with affected communities and organizations working for accountability and transparency.  The results of these consultations will in turn flow into the production of legal proposals by the expert legal group, which is a group made up of ESCR-Net and FIDH members and partners. The legal proposals will form the basis of content proposals on pertinent issues for the treaty.

At the end of the meeting, participant organizations committed to continue the conversation among themselves as initial steps towards more meaningful participation and coordination of efforts in relation to the treaty process.