The widower of a human rights defender killed in 2010 has received information concerning plans to take his life. The threats follow a series of intimidating acts directed at him and others that are calling for the investigation of the murder. 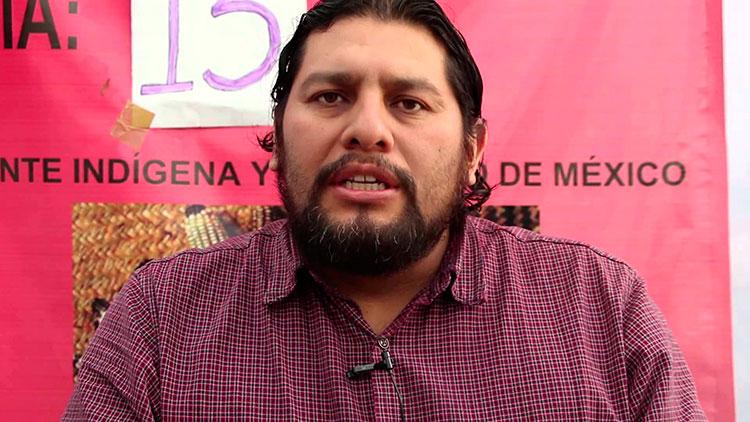 On 17 May Omar Esparza, widower of a human rights defender killed in April 2010, was informed by a reliable source that an armed group of hired assassins had been contracted to kill him. This information was then corroborated with a number of sources who confirmed the same details. The threats against Omar Esparza appear to be linked to his role in calling for justice for the killing of his former wife, Bety Cariño. In the early morning of 1 June, unidentified persons attempted to invade the house where his children have been residing with family members.

These death threats are the latest in a series of intimidations against Omar Esparza. For five years, he has led a social struggle calling for the investigation of the killing of Bety Cariño in 2010 near the Indigenous town of San Juan Copala, Oaxaca state. After years demanding progress in the criminal investigation, two suspects were arrested in 2015. Two Indigenous Triqui women who were eyewitnesses to the killing were threatened following one of these arrests. In addition, weeks after a second suspect was arrested in March 2015, Omar Esparza received a call from a relative of the arrested man demanding that he retract his public statements against the suspect.

In 2012 arrest warrants were issued against an armed gang with apparent links to municipal and state authorities in connection with the killing of human rights defenders Bety Cariño and Jyri Jaakkola in April 2010. Ten of those accused remain at large, as state and federal authorities have consistently failed to carry out the arrest warrants, apparently due to fear of retaliation from the gang.