The National Union of Domestic Employees (NUDE) of Trinidad and Tobago is campaigning to secure recognition for domestic workers as workers under the Industrial Relations Act, organizing around a Caribbean-wide project to promote freedom of movement for domestic workers and promoting the ratification of Convention 189 (the Domestic Workers Convention) of the International Labor Organization. To support NUDE’s campaign, sign the petition here. 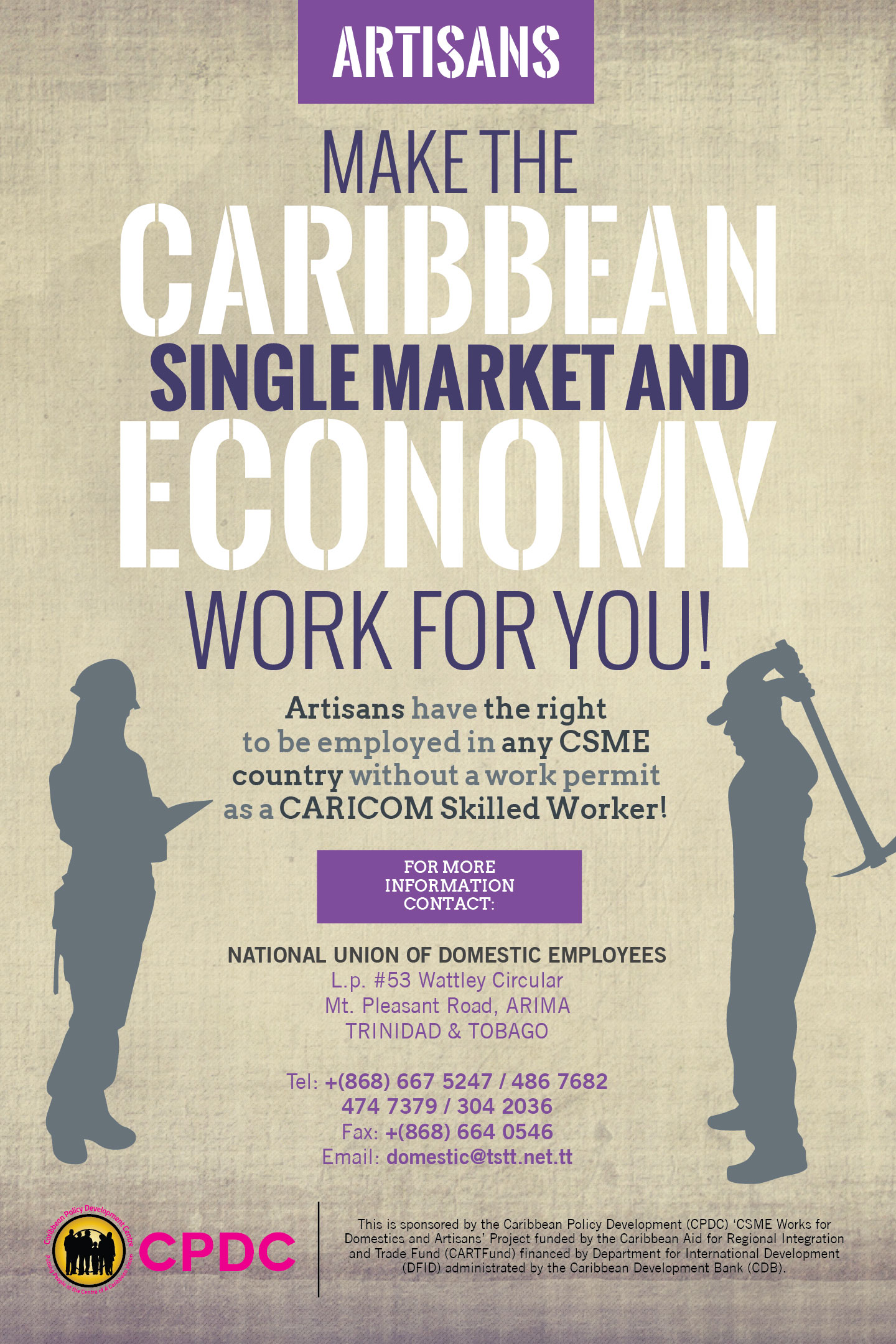 While the Act has stalled in Parliament due to the controversy that it prompted, NUDE and other trade unions are working to raise awareness about the need to establish inclusive definitions of ‘worker’ and ‘employer’ in order to  clarify responsibilities under the Industrial Relations Act and guarantee needed protections for domestic workers. To support NUDE’s campaign, sign the petition here. 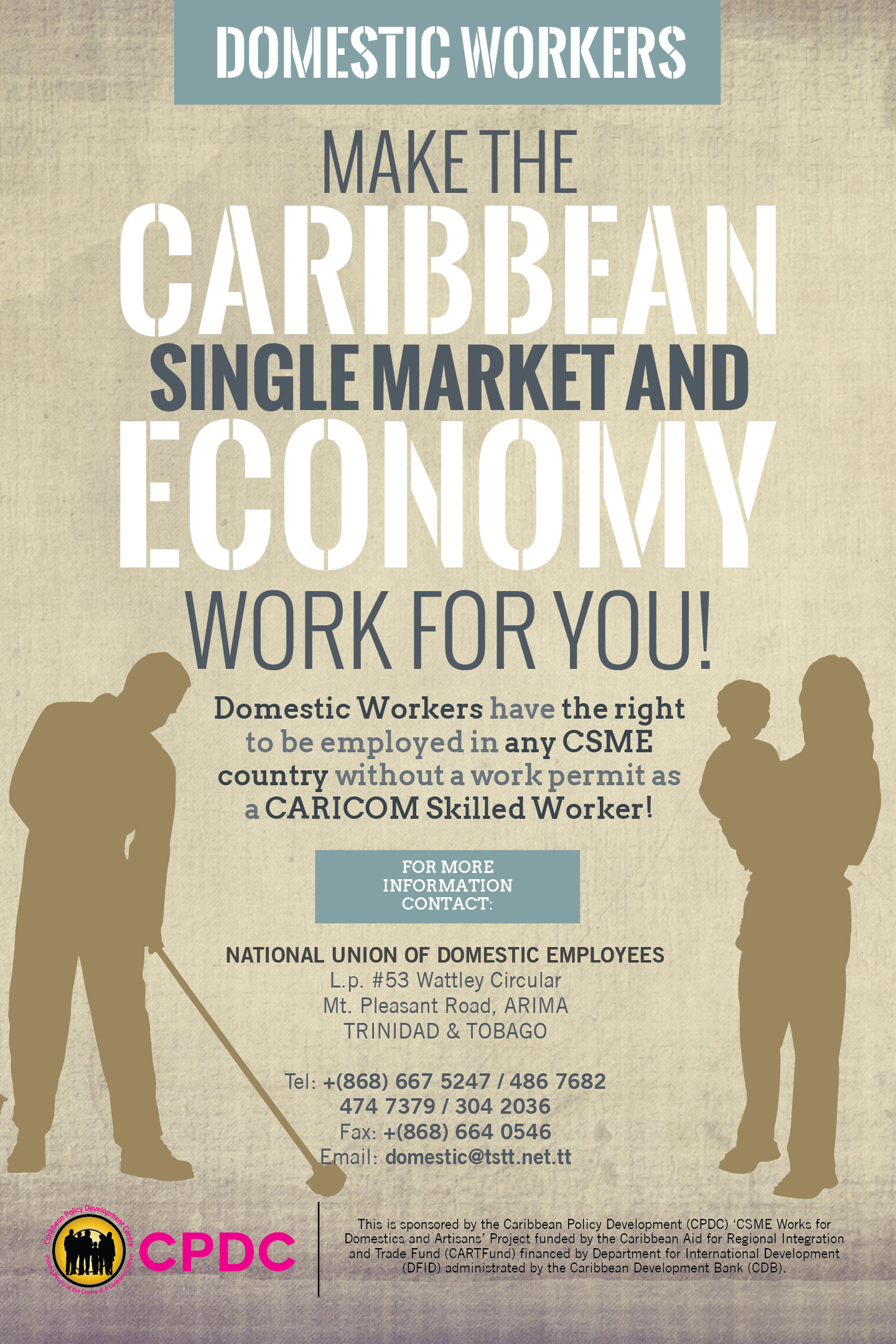 These activities, that seek to strengthen protections for domestic workers in the Caribbean region, are consistent with NUDE’s overarching campaign to promote the ratification of Convention 189 (the Domestic Workers Convention) of the International Labor Organization. Through campaigning, lobbying, organizing and networking, the union of domestic workers of Trinidad and Tobago is working to advance the human rights of domestic employees.