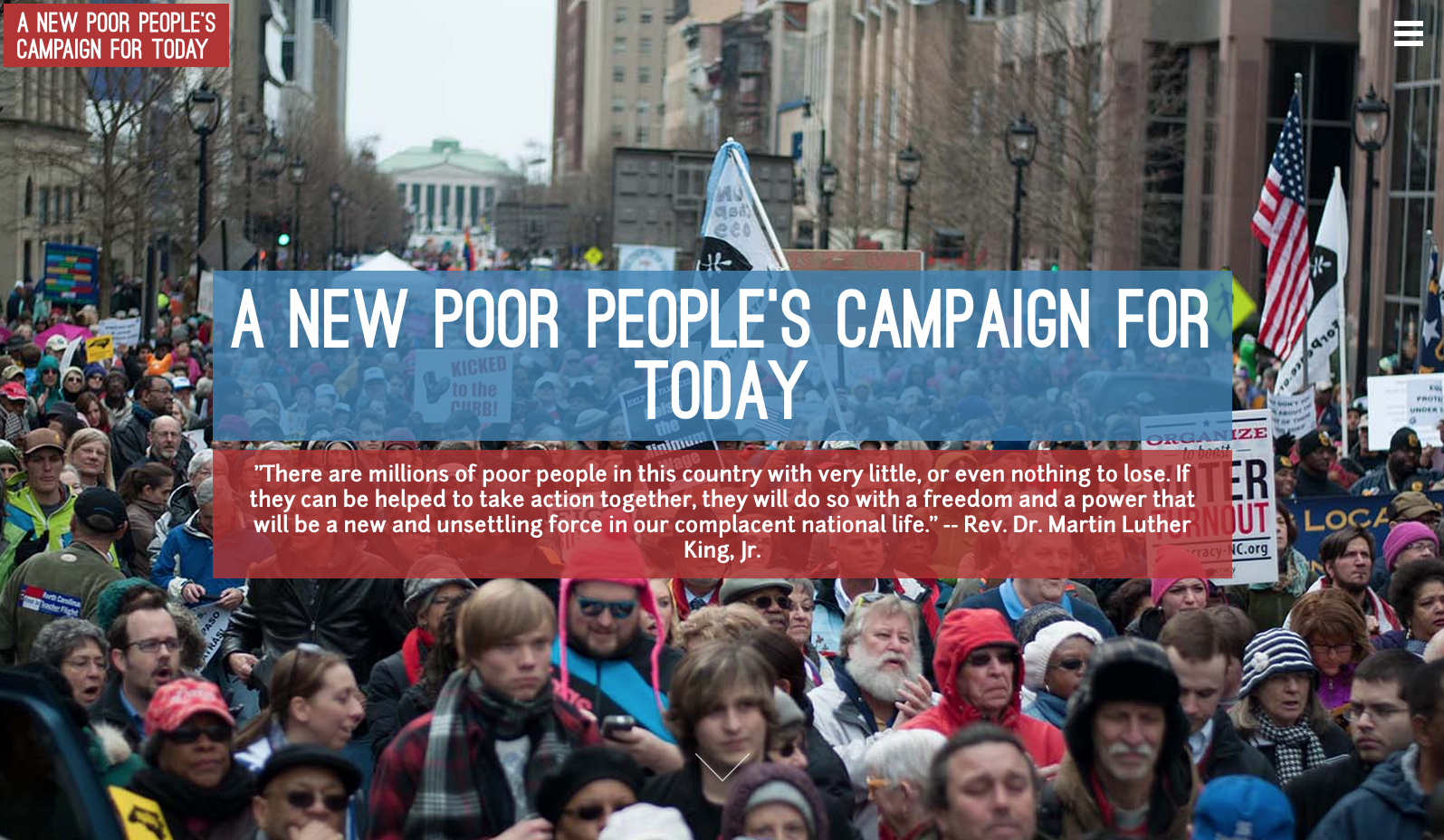 In December 1967, calling for the original Poor People’s Campaign, Dr. King emphasized, “There are millions of poor people in this country with very little, or even nothing to lose. If they can be helped to take action together, they will do so with a freedom and a power that will be a new and unsettling force in our complacent national life.”  He also emphasized the necessity of building unity globally, as well as domestically, eager to connect the Campaign to the anti-apartheid struggle in South Africa and movements for economic justice and democracy in Latin America. He stressed that “we have moved from the era of civil rights to the era of human rights…In short, we have moved into an era where we are called upon to raise certain basic questions about the whole society.”

Calling for deepening strategic dialogue, Kairos and Poverty Initiative suggests, “Developing that unity among the poor, in the US and globally, begins by learning about and listening to as many movements as possible around the country and the world, developing a shared assessment of the global problems we face, and building forms of mutual support and common action.”