Center for Economic and Social Rights, Medicos del Mundo, Red ACOGE and the International Network on Economic, Social and Cultural Rights affirm access to health care is still not guaranteed to all migrants in Spain.

The Spanish government yesterday responded to recommendations made by the Human Rights Council’s Universal Periodic Review (UPR) mechanism earlier this year, but it did not offer any advance in guaranteeing the right to health of the migrant population, according to four non-governmental organizations engaged in the review. 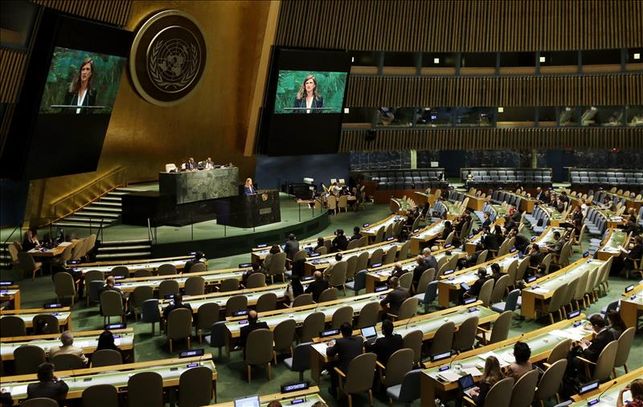 Back in January, Ignacio Ybáñez, Secretary of State for Foreign Affairs, declared the Spanish government’s commitment to make public which recommendations it would accept once these had been carefully examined.

During the UPR, which took place on 21 January, seven countries expressly called for various measures to be adopted in order to guarantee access to universal health care for the entire population, without any form of discrimination, and regardless of their administrative situation.

In the session that took place on Thursday in Geneva, Ana María Menéndez Pérez, Spain’s Permanent Ambassador to the United Nations, affirmed after the round of interventions that the Ministry of Health was working on the design of a program that would allow access to healthcare for immigrants in the country. According to the ambassador, this task was being carried out in coordination with various public administrations.

The array of recommendations regarding elimination of discrimination in the enjoyment of social rights, such as the right to health, were among the block of recommendations that the government described as “partially accepted”. This classification was accorded to measures which, according to Ms Menéndez Pérez, “we cannot put into practice, regardless of whether we are in agreement or not” due to budgetary, legal or constitutional factors.

The Center for Economic and Social Rights (CESR), Médicos del Mundo, Red ACOGE and the International Network on Economic, Social and Cultural Rights (ESCR-Net) informed the member states present that, during the last six months, there had not been enough progress in effectively guaranteeing the right to health as stipulated under international human rights standards. Spain’s Minister of Health, Social Policy and Equality, Alfonso Alonso, spoke to a news agency on 31 March, declaring his intention to restore access to primary healthcare for undocumented migrants, not as recognition of a corresponding right but instead as a measure to alleviate the heavy demand on emergency departments in health centers. Such a position is, according to the four civil society organizations, inadequate.

CESR, Médicos del Mundo, Red ACOGE and ESCR-Net demand that the Ministry of Health’s commitment not be limited to that offered by the Spanish representative yesterday before the Human Rights Council, but instead deliver full restitution of the right to health of undocumented migrants in Spain. The alternative would be the creation of a parallel system of access to healthcare services for the migrant population, and would in no way assure access based on recognition of the right to health of a sector which is, moreover, extremely vulnerable.