Are safe pregnancies in rural India a luxury? 56,000 women die due to pregnancy related complications in India every year. Accounting for 17% of the maternal deaths worldwide, India has the highest number of maternal deaths in the world.  Nearly each one of these deaths could have been prevented had the women received the medical care they are entitled to by the law. In a ground breaking new video series, community members who themselves have faced ill treatment in public health facilities are telling their own stories of maternal health.

Mary Nisha Hansda, a Community Correspondent at the Indian NGO, Video Volunteers, recently documented how a young woman was kept waiting for six hours at the hospital, writhing in pain before her delivery. Not one doctor came to see her and she got neither food nor medicines. She had to pay for medicines and had to defecate in the open when she couldn’t afford to pay for the toilet. “What I filmed at the Godda District Hospital isn’t unusual or shocking for us. Most women in my village, including myself, have gone through this. I delivered my first two children in a government hospital, where one delivery was on an aluminium sheet and the nurse scolded me for complaining about the pain. After that, I decided to have my next baby at a private hospital. We had to take a large loan, but I wasn’t going back to the government hospital,” she says. For Mary, there is a renewed urgency to document these conditions and change them. 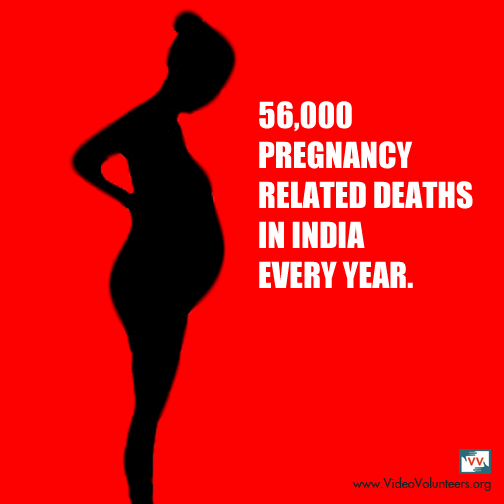 To bring down the instance of maternal and neonatal deaths the government has introduced a cash transfer programme that incentivises deliveries at hospitals, called the Janani Suraksha Yojana (JSY.) Women get Rs 1,400 (approx $20) in rural areas and Rs 1,000 in urban areas (approx $15.) The scheme also provides  free  antenatal check ups, IFA tablets, medicines, nutrition in health institutions, blood transfusion, and transport to and from health centres. This year, Video Volunteers, with support from Oxfam India, trained over 75 of their community correspondents from four states -- Jharkhand, Bihar, Chhattisgarh and Odisha -- to video-monitor government programmes like the JSY, National Rural Health Mission, the Integrated Child Development Services, and the Public Distribution System, all of which have provisions to ensure the health of mothers and children.

Ground reports produced by VV’s Community Correspondents reveal that despite government schemes, access to basic healthcare as well as timely medical intervention remains dismal in several parts of the country.  The multiple obstacles that stand between women and safe childbirth include: shortage of frontline health workers, medicines, poor infrastructure, lack of ambulance services and corruption (families are forced to pay for services that are supposed to be free).

Community correspondent Reena Ramteke’s report follows three women, who face the traumatic consequences of the village sub-health centre remaining shut. One had a stillbirth and another lost her baby in six days-- both preventable had a doctor or nurse given them the care needed.

While frontline health workers are often blamed for dismal healthcare in rural India, this report by community correspondent Halima Ejaz reveals how frontline health workers themselves are often spread too thin.  In Jharkhand’s Dhanbad district, one Auxiliary Nurse Midwife (ANM) looks after 14 sub-health centres, whereas Health Ministry guidelines state that one ANM is supposed to look at 8 centres only.

“The larger discourse around maternal health continues to be around the number of maternal deaths. However, there is a need to look beyond numbers and instead, look at the quality of health care women receive. The idea of tying up with VV was to bring ground reports and stories into the public domain, and thus to broaden the view currently being taken of maternal health,” says Pallavi Gupta, Programme Coordinator, Health, Oxfam India.

While VV’s community correspondents are reporting gaps in the system and they are also working on ‘impact campaigns’ to solve the problem and achieve better implementation of maternal and neonatal care schemes in their own villages.

All videos are for public use and you can watch the reports here.