The Abahlali Women's League will be honouring the power of those women who organised a march to fight for the rights of all women in 1956. We wish to salute the women who said "enough is enough" and ‘no more dompass woza ID’. Now is our time to make a difference. We will honour the women who marched in 1956 by holding an assembly of the women to build women’s power in our communities, in the struggle and in society. 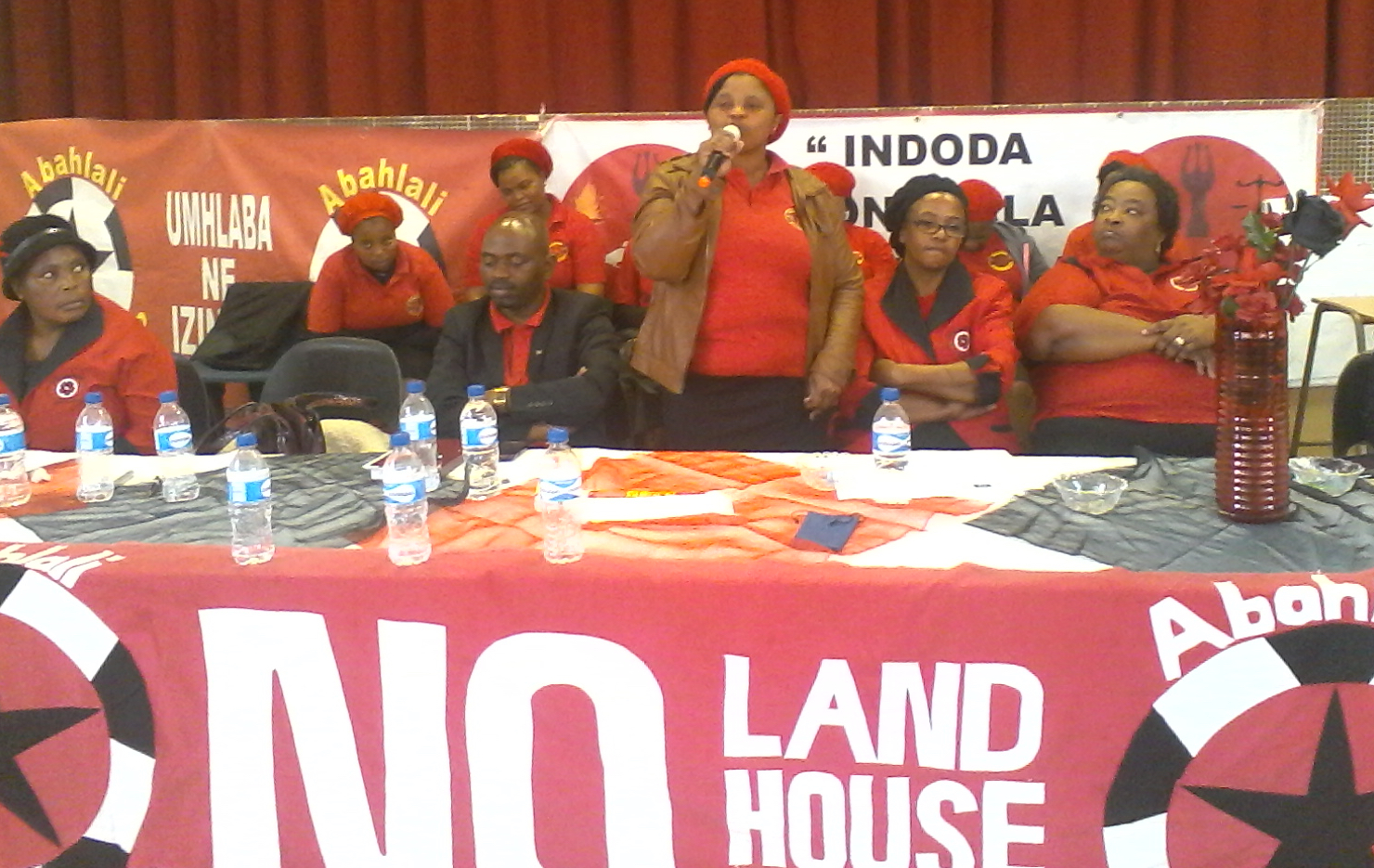 This assembly will take the form of a dialogue. It will give us a chance to discuss our lives and the role that we can play in our communities, in the struggle and in society. In 2015 many women continue to live under oppressive conditions. We are oppressed by capitalism, by the ruling party and by those men who do not accept the equality of women. The ruling party is trying to misuse culture to keep rural women oppressed.

We are aiming to break the silence of those who are scared to expose the people who are taking advantage of women and, also, our children. Some of our members are being threatened not to tell the untold stories. We want to build the confidence of women in their own power so that they can be brave like those of 1956. We want to pay a clear role in bringing back dignity of poor women. We need to address issues like literacy, access to spaces of learning, food security and land. We even want land ownership to the women of every age including those who are less than 40 years. The question of land has been used by the government in a manner that excludes women – particularly women in shacks and rural communities. Women must have the same rights to land as men.

The women living in the shacks are at risk of abuse, fires, evictions and diseases .We want our women to be financially independent by developing support groups that will strengthen us to learn from each other because we have different skills. Others are dress makers, bead makers and some can crochet. We are already making projects that aimed at building women’s co-operatives.

We want to expose the killers of women some of them who are government officials and politicians. Our world is full of shop shooting, corruption and things like xenophobia. We want a South Africa and an Africa that belongs to all who live in it.

We want to support women to access education.  We believe that when you educate women, you are educating the nation. Our children must learn from us about the importance of education.

We want murders and rapists to be properly prosecuted. There cannot continue to be impunity for violence against women.

However the main objective is to resist evictions and support land occupations because the land in Africa always belonged to the people but now its owned by the capitalists. We want to eradicate the system by which land is bought and sold and restore the land to the people. Land must not be bought and sold. It must be allocated to people on the basis of need.

On the 26th of August 2015 the Abahlali Women's League will join others in our movement at at Durban High Court where Christian Nqola Ngcobo the ANC ward councillor will be appearing on suspicion of murdering Thuli Ndlovu. Thuli was our chairperson at Kwandengezi branch. She was murdered in cold blood in September 2014. Nqobile Nzuza was killed by the SAPS at Cato Crest in September 2013. We are deeply disturbed by the murder of our comrades and we will honour our fallen comrades at our Women’s Day event on 10 August 2015.

We also note with a deep concern how the Public Protector Thuli Madonsela is being threatened by those in support of corruption. Today we wish to salute her work and stand in solidarity with her.