Over 1,000 statements of solidarity from around the world accompanied a petition submitted on Land Day by Amnesty International Israel in support of the Bedouin residents of Atir and Umm al-Hiran.

The residents of the two unrecognized villages in the Negev desert have expressed serious concerns about the imminent violation of their human rights following receipt of an eviction order in order to enable the Government of Israel to redistribute their land to make way for a Jewish settlement. The action took place on Land Day, which is held each year on March 30 since 1976 to commemorate a mass collective response to the expropriation of land from Palestinian residents. 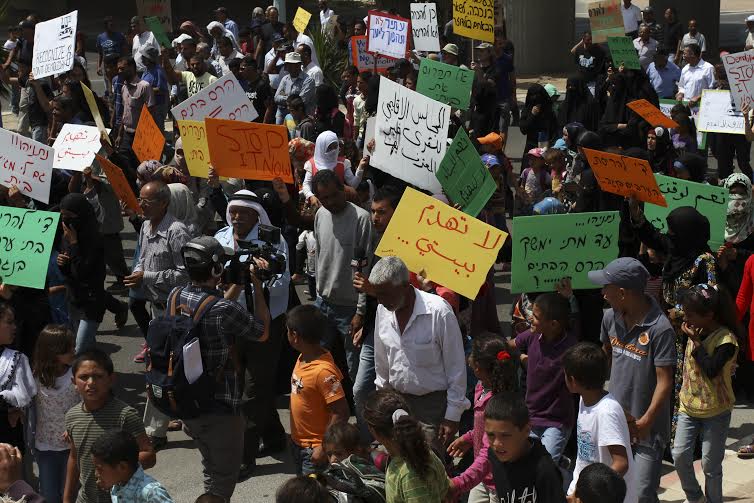 The petition, which was accompanied by statements of support by well over 1,000 signatories, underscored the obligation of the Government of Israel to refrain from discrimination on the basis of religion in the distribution of land and access to housing. It recalls that forced evictions constitute a gross violation of human rights and recalls the obligations of Israel, as party to the Covenant on Economic, Social and Cultural Rights, to recognize the right of everyone to an adequate standard of living for himself and his family, including adequate housing. The UN Committee on Economic, Social and Cultural Rights has clarified that evictions are only permitted under specific conditions, including genuine consultation, adequate and reasonable notice, and the possibility of pursuing legal remedies for those affected. Similarly, the Covenant on Civil and Political Rights, of which Israel is also a party, protects against arbitrary interference with one’s home, privacy and family, including against forced evictions.

Encouraged by the expressions of international solidarity collected via Amnesty International Israel’s petition, the residents of of Atir and Umm al-Hiran have pledged to continue their struggle to defend their human rights and be allow to remain in their homes.