The Global Strategy Meeting of ESCR-Net, which took place this past November in Buenos Aires (Argentina), provided an ideal moment in which to share lessons learned and celebrate the achievements of eight years of actions by the Campaign for the Ratification of the Optional Protocol of the International Covenant on Economic, Social and Cultural Rights (OP-ICESCR), led by the NGO Coalition for the OP-ICESCR and coordinated by ESCR-Net. 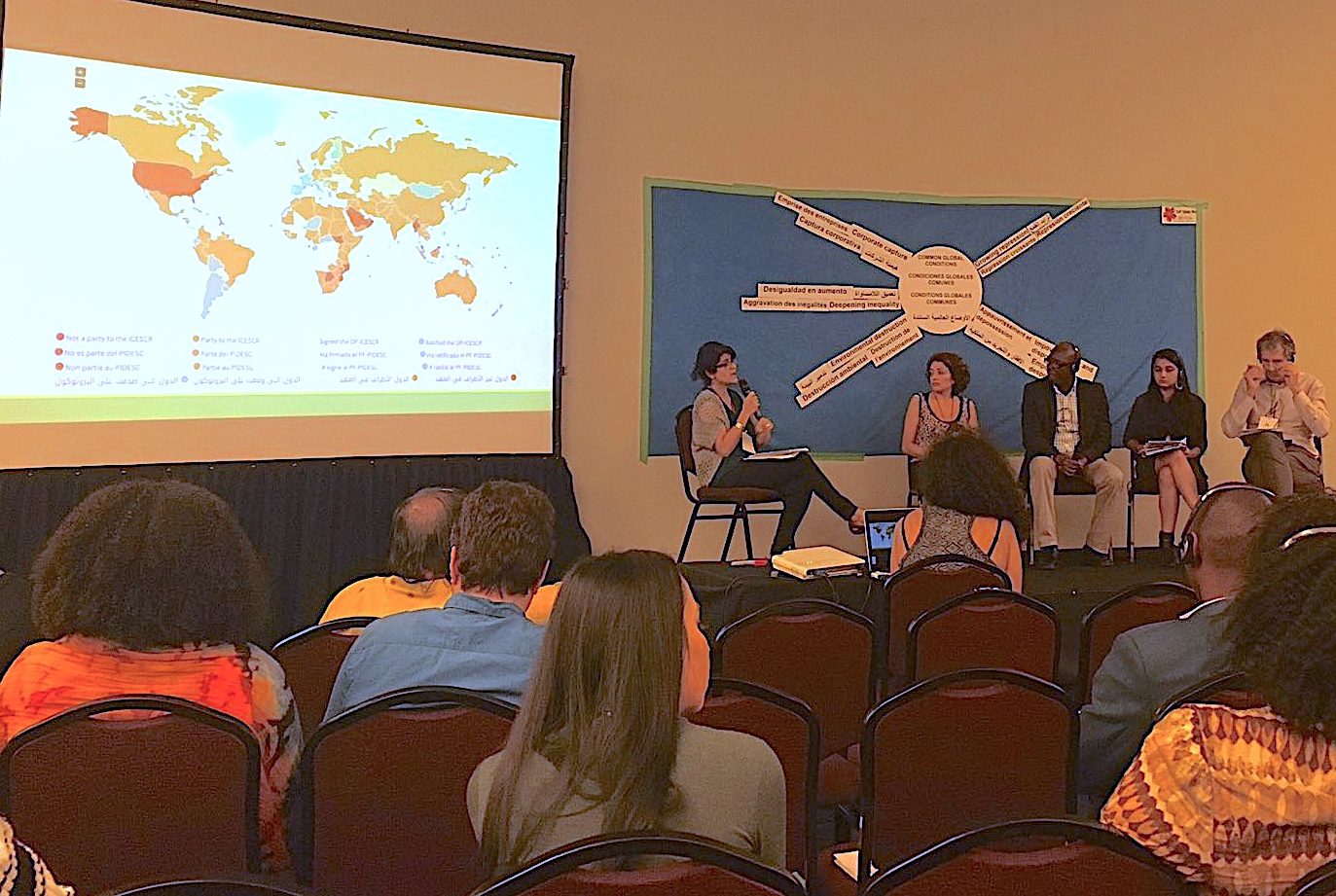 Having long supported efforts of the NGO Coalition for the OP-ICESCR, ESCR-Net Members officially adopted the Campaign during its General Assembly in Nairobi, Kenya, in 2008. Since that time, the Network has coordinated the Coalition’s activities with the leadership of a Steering Committee[1] composed of organizations from all continents. Network members and allies have worked tirelessly to fulfill the objectives of the Campaign, celebrating the United Nations General Assembly’s adoption of the OP-ICESCR on 10 December 2008.

The Campaign was key to securing the entry into force of the OP-IESCR in May 2013 and obtaining ratifications in regions across the world. Additionally, it managed to reactivate the Group of Friends of the OP-ICESCR, composed of countries that have ratified the OP-ICESCR (or are on the path toward ratification) and committed to peer-to-peer advocacy for ratification, while increasingly promoting ESCR in other UN spaces.

As we celebrate the conclusion of the Campaign eight years later, with goals met and lessons learned, we envision new, crosscutting actions to secure access to justice for ESCR. The achievements of the Campaign will provide a basis for evolving collective work to confront new challenges to realizing ESCR.

In its ongoing work, ESCR-Net will continue to support national ratifications campaigns via a range of resources developed throughout the course of the campaign, leverage advances made through the collective actions of its Working Groups to ensure access to justice in practice, and continue to engage with the Committee on ESCR and the Group of Friends. 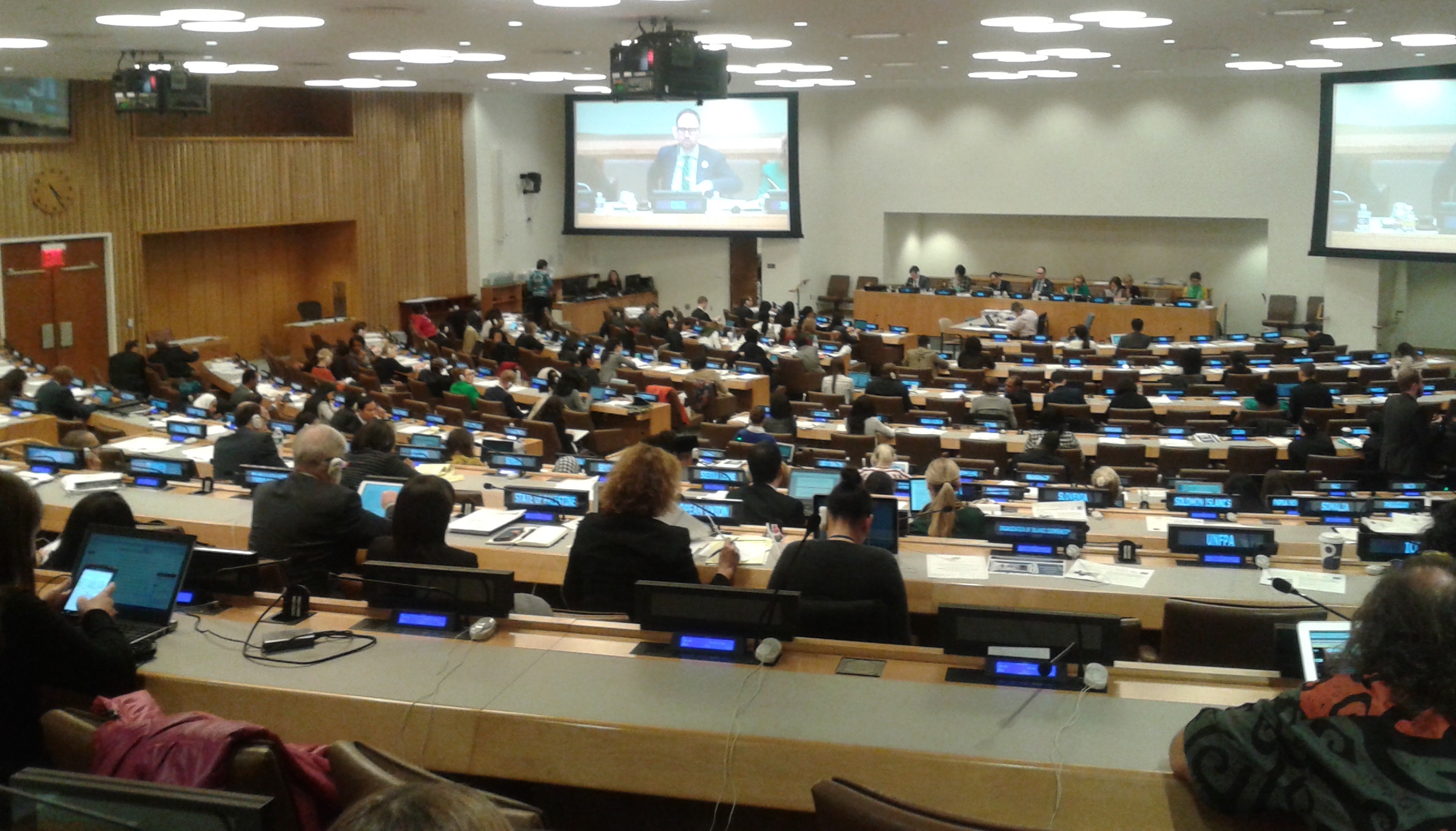 A long road has been walked in favor of the justiciability of economic, social, and cultural rights, since the International Covenant on Economic, Social, and Cultural Rights was adopted 50 years ago, together with its sister, the International Covenant on Civil and Political Rights. At that moment in history, an artificial division was created between these two “groups” of rights received different treatment. Civil and political rights immediately enjoyed an enforceability mechanism, while economic, social, and cultural rights were relegated to a secondary role. The lived experience of people demonstrates that, just as the Universal Declaration of Human Rights incorporated both “groups,” human rights are inseparable.  This was reaffirmed by the Vienna World Conference on Human Rights of 1993. The notion of interdependence and indivisibility of all human rights gained momentum, and the objective of having an international complaint mechanism for ESCR, on equal footing with civil and political rights, was taken up again. An effective recourse in the case of violations of ESCR was of vital importance to reinforce that all human rights are inherent to our dignity as human beings.

Organized civil society has been key in the push for recognition of all rights, including via demands for the establishment of an enforcement mechanism for ESCR. Within these efforts, the International Coalition for the Optional Protocol of the ICESCR took shape. In 2001, it was consolidated during a meeting in South Africa, in order to articulate existing efforts and leverage actions at the international level, becoming a decisive actor in the process that led to the adoption of the OP-ICESCR. The Coalition’s members advocated a series of proposals to inform the content of the new instrument, including its applicability to all rights in the ICESCR, incorporation of standard of reasonableness and effective rules of procedure.

After years of discussions, debates, and contributions, the United Nations General Assembly adopted the OP-ICESCR on 10 December 2008, while celebrating the 60th anniversary of the Universal Declaration of Human Rights. This was a historic moment for human rights, which finally established that all rights are valued on equal footing, as is their enforceability by the State as a duty-bearer and their justiciability in case of their violation. This was one of the milestones on the path toward full enjoyment of all rights. 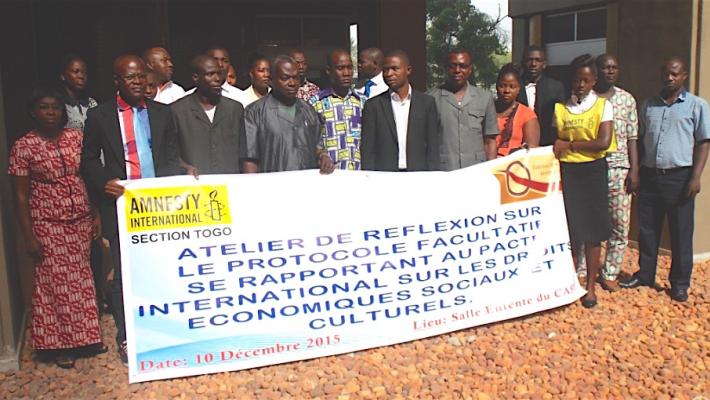 Additionally, the Protocol’s entry into force was a crucial moment in the process, which generated substantial pressure  for further ratifications. In particular, the NGO Campaign was deeply involved in the process that led to the tenth ratification, activating the entry into force, which allowed members to learn lessons that ESCR-Net is now prepared to apply to our comprehensive human rights work.

Cooperative work with the Group of Friends of the OP-ICESCR was another of the proposed objective achieved by the Coalition for the OP-ICESCR. This entailed contributing to the peer-to-peer promotion of the new instrument among UN member-States, as well as encouraging and supporting actions in favor of the treaty and greater understanding of the OP-ICESCR. Today, the Group of Friends has expanded its work and has changed its name to Group of Friends of ESCR. This Group of countries promotes positions, resolutions and actions in support of ESCR within the United Nations and with results at the national level, where rights are put to the test every day.

The ESCR Committee issued recommendations in the first case under the OP-ICESCR in September 2015. The Strategic Litigation Working Group of ESCR-Net undertook a third-party intervention, helping to secure a positive decision in IDG v Spain, which addressed the violation of the right to housing. The case also reinforced space for third party interventions.

Finally, in reviewing the work done, we wish to thank the Steering Committee for the Campaign for the leadership that it provided in order to achieve these established goals. The people and organizations that have fulfilled this role throughout the process continue to be leaders in the struggle to secure access to justice for ESCR, and will be essential to new collective efforts, incorporating ongoing support for ratification of the Optional Protocol to the ICESCR. 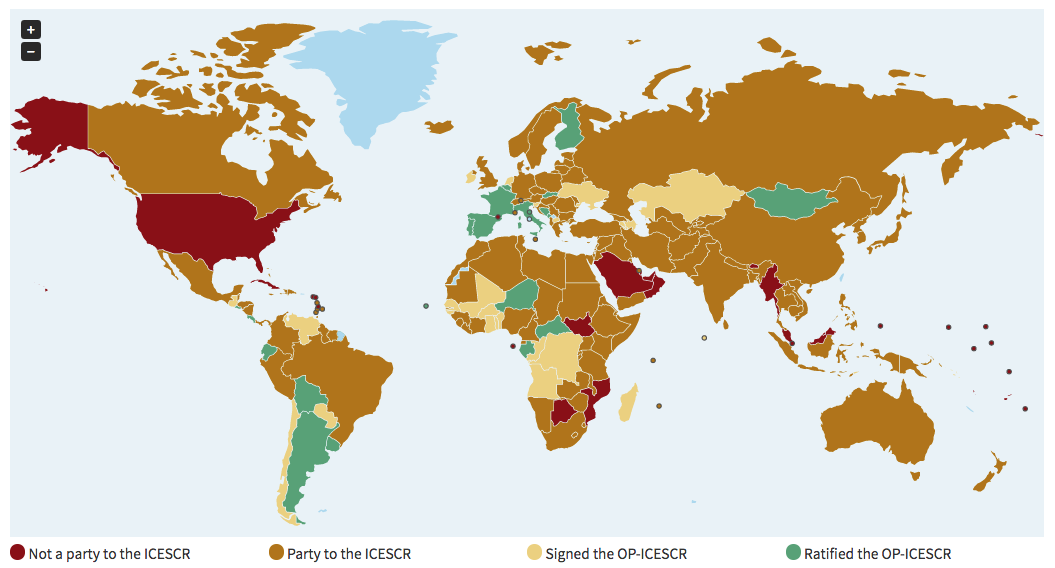 Members of ESCR-Net have reaffirmed that we must collectively respond to global conditions in which millions of people are oppressed by corporate and ideological interests that operate in a system where inequality has intensified, repression is used to silence dissenting voices, and where the destruction of means of life and natural resources seems to continue without limits. Work in favor of access to justice, including the OP-ICESCR, will continue be important. As we prepare to respond to these conditions, the experience and spaces that have been won are a testament to the strength of collective work and are worth celebrating.