Following months of mass mobilizations and international solidarity, the Consejo de Pueblos Wuxhtaj (Council of Wuxhtaj Peoples) of Guatemala can finally celebrate the release of seven members who were in prison for more than a year.

On the night of July 22, 2016, a Guatemalan court acquitted indigenous leaders Ermitaño López, Adalberto Villatoro, Arturo Pablo, Francisco Juan, Mynor López, Domingo Baltazar, and Rigoberto Juárez. All of them are community leaders and opposed to hydroelectric projects authorized without the consultation or consent of affected peoples. 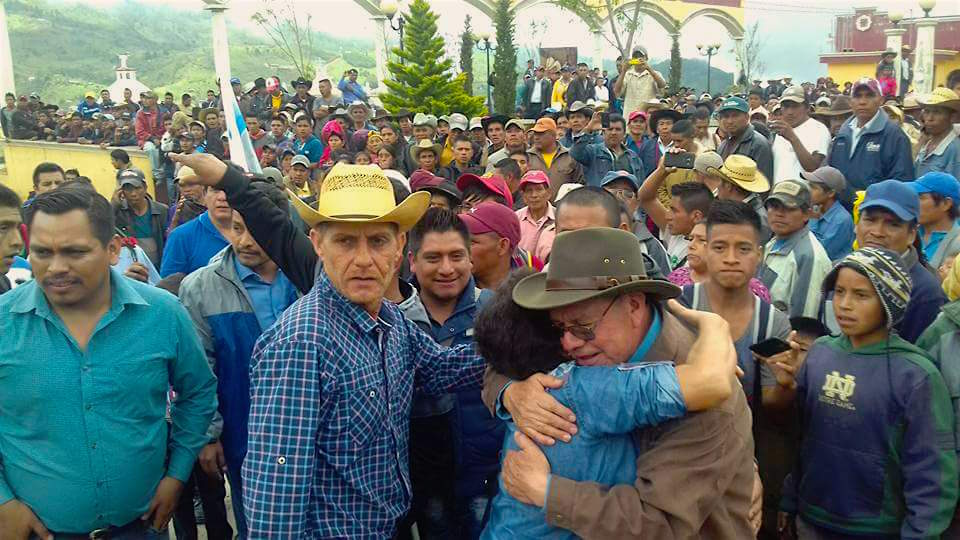 In recent months, ESCR-Net has demonstrated solidarity with the imprisoned rights defenders, denouncing their criminalization, calling for a fair trial to those opposed to mega-projects, and through a petition to the president of the Republic of Guatemala, demanding the prompt release of political prisoners.

The acquittal condemned the use of the justice system in favor of the interests of the Santa Cruz Hydroelectric Company to the detriment of the fundamental rights of the q’anjobal and mestizo people, and demonstrated that the accusations made against the community leaders were arbitrary and based on trumped up charges intended to criminalize these human rights defenders.

In a press release issued (in Spanish) on July 23, the Consejo de Pueblos Maya (Council of Maya Peoples) reiterated that “the imposition of an extractivist model in our region constitutes a real threat, which, far from encouraging development, propitiates the voracity and criminal nature of companies by breaking community harmony, proving crises and violence, prosecuting community leaders, coopting the State, and displacement.”