ESCR-Net celebrates the return of Gustavo Castro to Mexico

ESCR-Net is pleased to learn of the decision by the judiciary in Honduras to allow the return of human rights activist and member of ESCR-Net, Gustavo Castro, to his home in Mexico, and appreciates the efforts of all the organizations that have supported the campaign for his return. 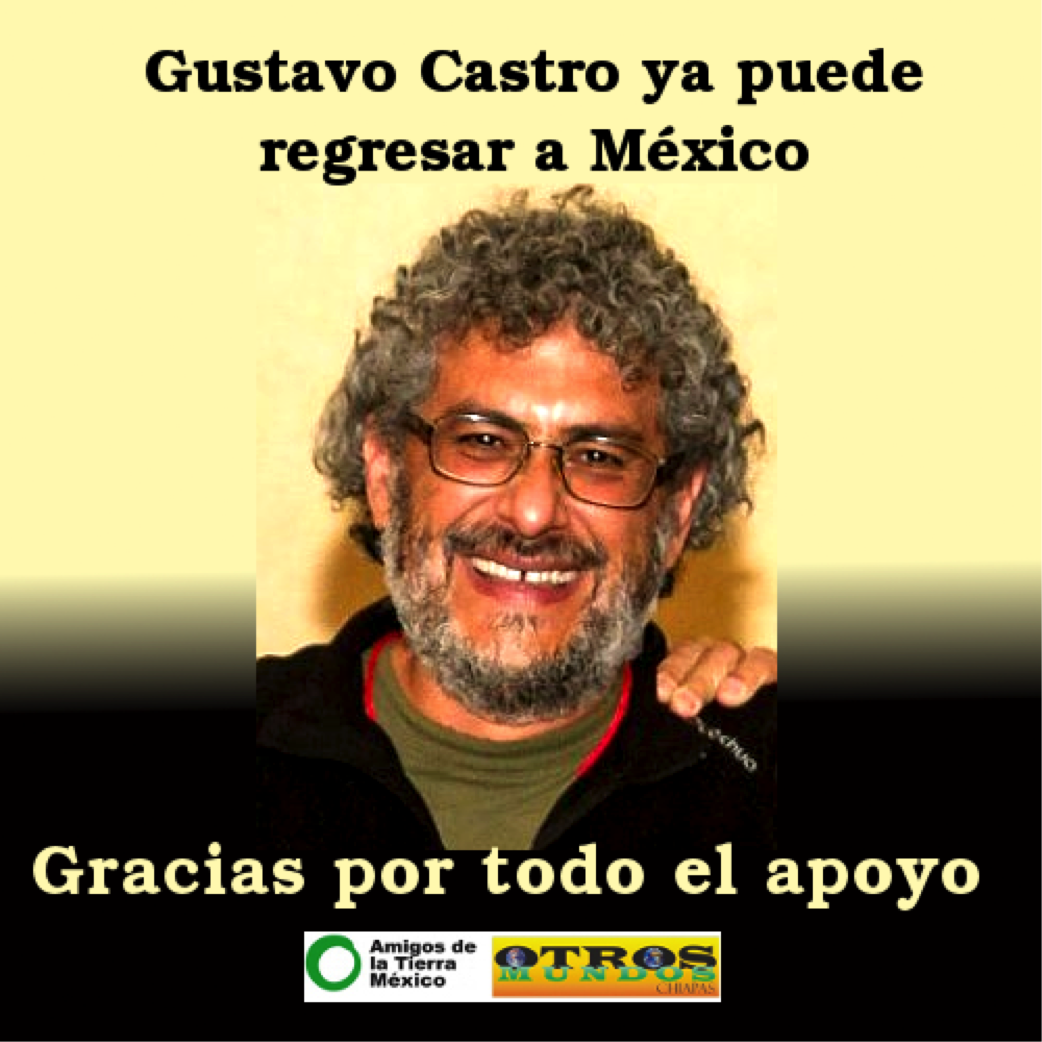 On Thursday, March 31, 2016, the First Court of Intibucá, Honduras, following instructions of Judge Victorina Flores Orellana, lifted the order prohibiting Gustavo Castro Soto to leave the country, where he had been retained since 7 March. On Friday April 1, Gustavo returned to Mexico to reunite with his family and fellow members of his organization.

Concerned about his security during his extended stay in Honduras, several member organizations of ESCR-Net undertook an intense advocacy campaign to allow Gustavo to return to Mexico and to continue to cooperate with the investigation into the murder of Caceres from his home country.

ESCR-Net sent a letter to the government of Honduras on March 15 requesting the return of Gustavo to Mexico and calling for all measures necessary to guarantee his security.