ESCR-Net Members Amnesty International and the European Roma Rights Centre (ERRC), together with the Romani Criss, issued a call to action after the European Court of Human Rights and the national government in Romania scrambled to stop local authorities from evicting a community two weeks ago.

With help from the ERRC, Roma living in Eforie secured an order from the European Court of Human Rights urging the Romanian Government to stop their eviction by local authorities. The Prefect (representing the national government) then stepped in, challenging the Eforie local council in court, demonstrating recognition by the Romanian Government regarding the need to intervene to stop forced evictions.

Eforie illustrates Romania’s failure to prevent local authorities from threatening Romani communities with forced evictions. This would have been the third in a series of evictions that these families had endured since 2013, when their homes were demolished. In the meantime, they have been compelled to survive in inhuman living conditions, with minimal or no security of tenure. Some families have been moved into racially-segregated container settlements and many have been subject to harassment. 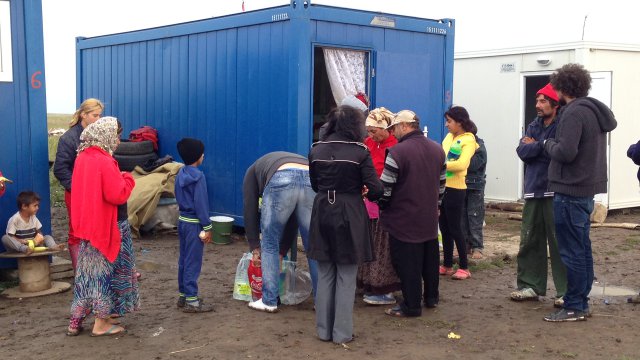 “Forced evictions against Romani communities are not only a violation of the right to adequate housing, but usually a form of racial harassment. They create new forms of hardship for those evicted, exacerbating a pattern of human rights violations. We encourage the Government to break old habits by acting fast and decisively to end forced evictions,” said the ERRC President Đorđe Jovanovic.

The organizations called for a coordinated and formalised state response to forced evictions. To ensure compliance with Romania’s international human rights law commitments, they have proposed clarifications to the legal framework and immediate measures to render existing guarantees more effective.

The above-mentioned organizations argue that government should commit to the following legislative changes:

Furthermore, they call on the government of Romania to make use of existing legal guarantees by encouraging Prefects to stop evictions of Roma people for once and for all.