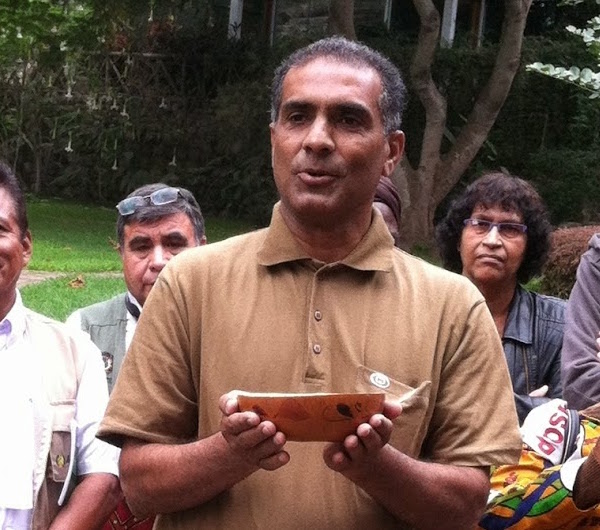 Saeed was arrested on January 16, 2016 by the Rangers, a paramilitary security force in Pakistan, and was placed in custody for 10 days, without charges filed against him. Saeed has been denied contact with his legal counsel and communication with family or friends, who have expressed concerns about  his treatment while in detention.

ESCR-Net sent a letter to the Government of Pakistan on January 21st, on behalf of its collective membership, raising concern about the arbitrary arrest the human rights defender and calling for his release.  To-date an official reply has not been received.

On January 26, the Pakistani media reported a statement issued by the country’s security forces stating that Saeed had appeared in court in Sindh Province, Pakistan, where he was remanded for 90 days for interrogation on charges of aiding an individual affiliated with organized crime and embezzlement.  For nearly a month thereafter, Saeed  was unable to see his family, fellow leaders of the Pakistan Fisherfolk Forum or a lawyer.

Following a hearing at the Sindh High Court on February 10 which resulted in a court order to allow a meeting between the detainees with their families that meeting took place on February 19.

ESCR-Net remains very concerned about Saeed's treatment while in custody and are appealing for a prompt trial and for all possible protections while he is in detention. Pakistan’s Anti-Terrorism Act allows authorities to sustain his detention for up to three months without charging him with any crime.

Subsequent communications by the Network with representatives of the Government of Pakistan via their Mission to the UN have stressed the need for Baloch to be presumed innocent, unless compelling evidence is presented to substantiate the charges against him. ESCR-Net has also demanded that Saeed be afforded the right to a hearing with due guarantees and within a reasonable time, by a competent, independent and impartial tribunal, and to be humanely treated while in detention, including protection from torture or to cruel, inhuman or degrading treatment and otherwise in ways consistent with respect for his dignity.