The World Forum of Fisher Peoples convened an exchange in Sri Lanka to study the human rights impacts of land and ocean grabbing and to conceptualize a campaign to defend the rights of fisher folk.

The program, which took place from September 24 through October 1, brought together representatives of organizations of small-scale and traditional fishers from several national organizations which are members of the World Forum of Fisher Peoples. Participants included a representative from ESCR-Net members Pakistan Fisherfolk Forum as well as fisher organizations from Indonesia, Thailand, India, Uganda and Belize. The National Fisheries Solidarity Movement (NAFSO) of Sri Lanka, also a member of ESCR-Net, hosted the exchange. 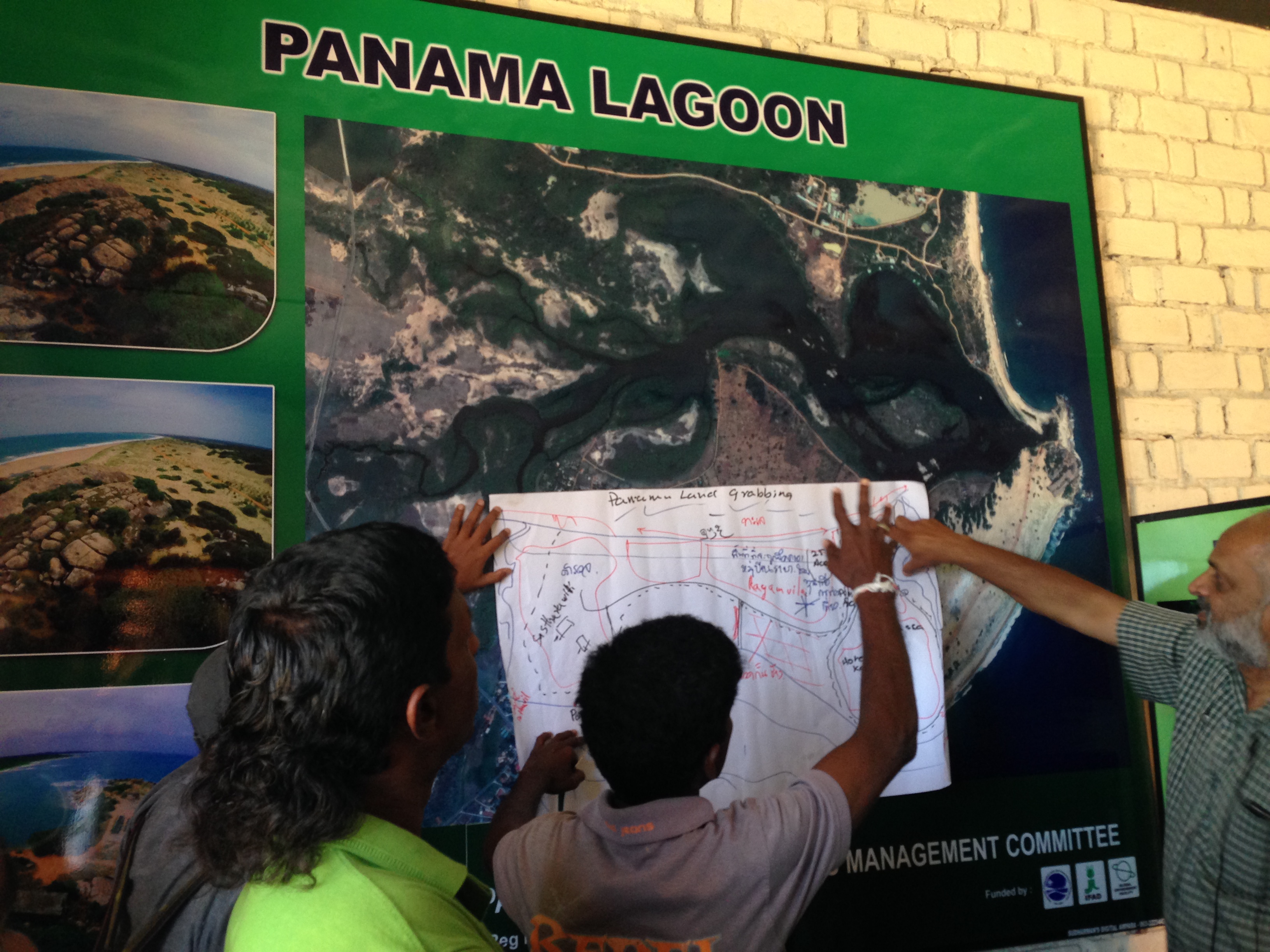 The exchange consisted of several visits to communities affected by land and ocean grabbing, as well as time to workshop the findings of those visits in view of interest by fisherfolk organizations to develop a global campaign to confront these challenges.

During the first day of the exchange in Sri Lanka, participants visited the fish market in Negombo. They subsequently met with the Sri Vimukthi organization of women fishers who have been active in the struggle against the establishment of seaplanes at Negombo lagoon. In the afternoon, the WFFP group met and dialogued with the members of the anti-port city campaign movement against the construction of an island in Colombo by a Chinese company. This business venture is destroying the livelihoods and environment of the fisherfolk community.

The second day consisted of country presentations by the various national representatives, framed within critical analysis regarding the concept of ‘blue economy'. The concept centers on bolstering the protective potential of oceans, via a market-oriented model for large-scale fisheries, with a predominant role for private sector actors.  According to participants, the projects and programs responding to a ‘blue economy’ model have come at the expense of many coastal communities and the small-scale fishers whose livelihoods are based on the sustainable exploitation of marine resources, and who have faced dispossession through the grabbing of their traditional lands and waters for profitable, large-scale aquaculture, marine conservation areas and luxury tourism, among other activities. 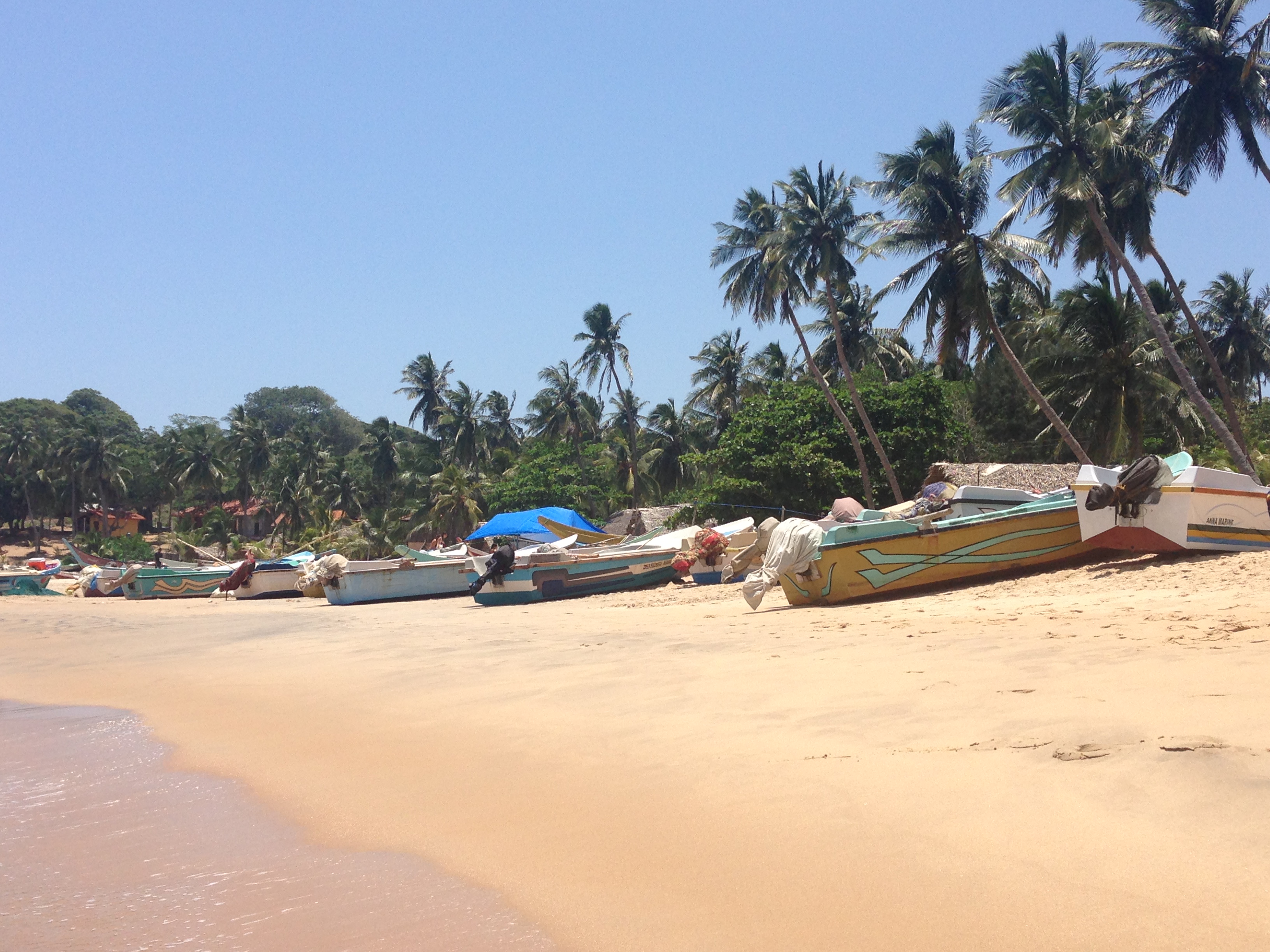 The exchange then proceeded to illustrate several cases whereby communities struggled to defend their human rights and livelihoods in the face of takeovers of their lands and water access routes. The group first visited the Uwa Wellassa Women Organization at Handapanagala in Wellawaya. From these women, they learned about several moves by local and national government officials and branches of the armed forces to seize lands used by small farmers and fishers to use those lands for profit of fruit companies and tourism operators.  Participants then visited the community of Pelwatta, in the jungle area bearing the same name. The Pelwatta Sugar Corporation had taken over lands here traditionally owned and worked by small farmers now working for the company in conditions tantamount to modern slavery. Participants learned of the health effects of exposure to agricultural chemicals used by the sugar company and the stark challenges faced by the farmers to feed their families and send their children to school.

Participants then proceeded to Paanama, in the Eastern region of Sri Lanka, where they met with residents of the coastal communities of Raagamwela, Shastrawela, Ulpassa and Egodayaya, Horewkanda. The affected are struggling to retain the lands where they have lived and worked for generations, in the face of moves by the Sri Lankan Navy and Air force to fence off those lands and develop luxury tourism accommodations.

Following these field visits, participants returned to Negombo. There, they reflected on potential strategies, as a global movement of fisherfolk, to confront the forces that are perpetuating the seizure of coastal, lakeside and riverine lands from small-scale fishers, and the serious human rights challenges that this process represents.

In the final day of the program, ESCR-Net coordinated a training on security and protection for grassroots fisherfolk leaders in the face of prevalent efforts to use the law to criminalize activities of human rights defense and the leaders who mobilize communities to defend their rights in the face of land and ocean grabs. 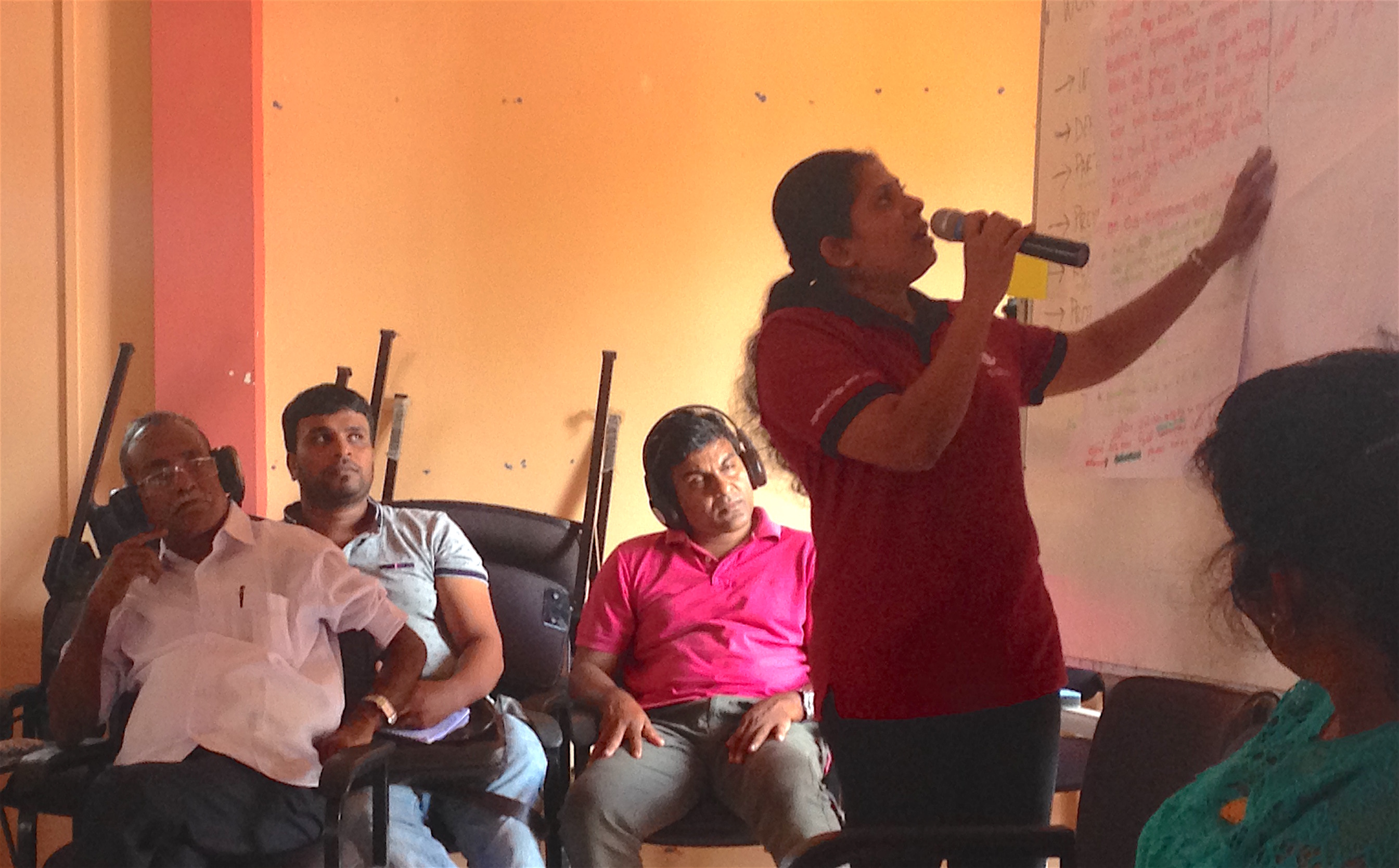