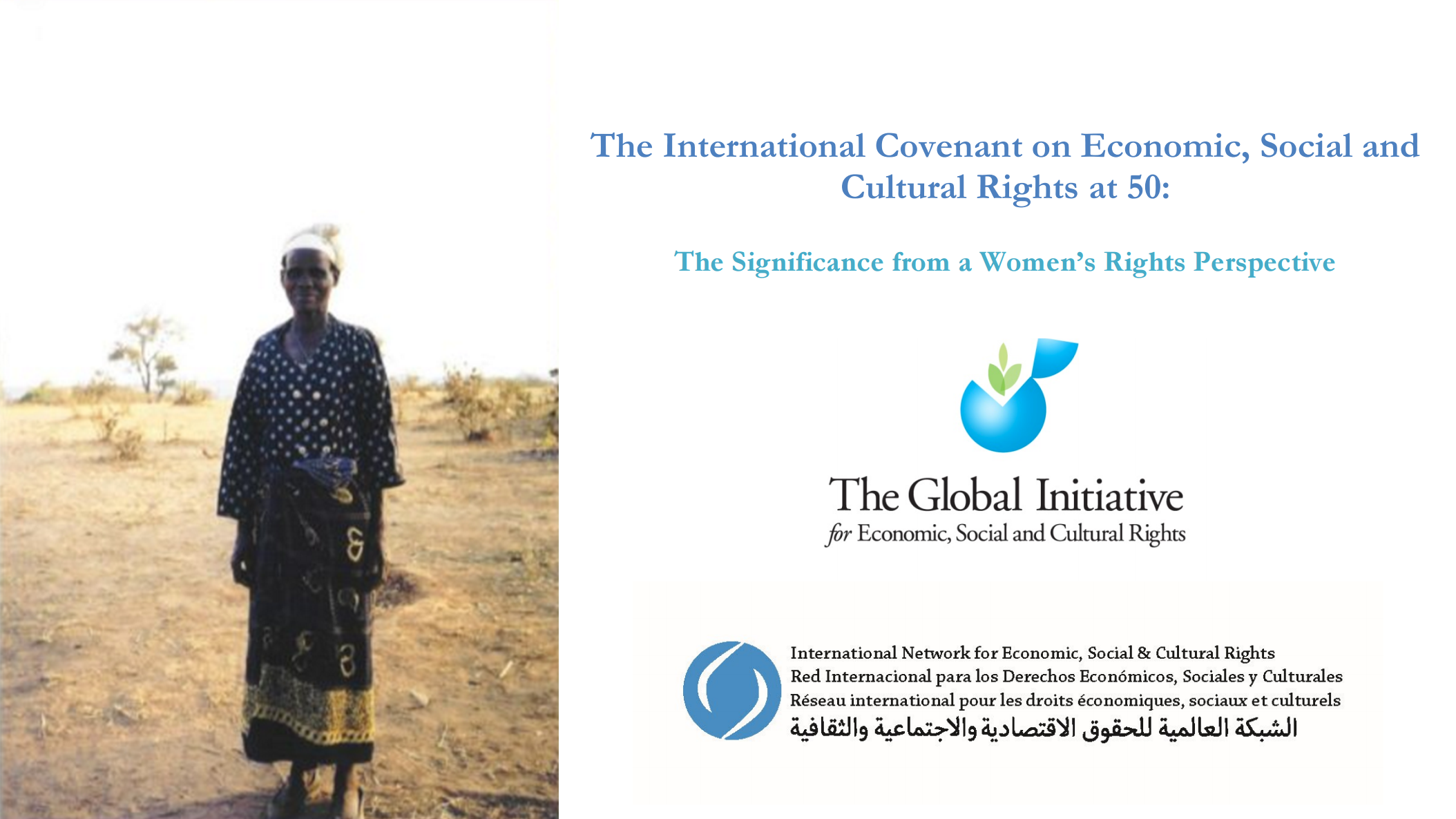 The ICESCR is an international treaty recognizing and protecting economic, social and cultural human rights. It also recognizes the equal right of men and women to these rights and prohibits gender-based discrimination. Women continue to represent the majority of those living in poverty around the world, they face both direct and indirect discrimination on the basis of gender with respect to these rights and they are often targeted as human rights defenders advocating for economic, social and cultural rights.

The report was launched at an event in Geneva on September 19th, where speakers included ESCR-Net members Global Initiative, represented by Lucy McKernan and Defend Job Philippines, represented by Melona Daclan as well as Léo Heller, Special Rapporteur on the Human Right to Safe Drinking Water and Sanitation and CESCR member Virgínia Brás Gomes.

In this publication, GI-ESCR celebrates the significant role of ICESCR in advancing and ensuring gender equality while also highlighting the ways in which the treaty can be further used to ensure that these rights are fully respected and protected for women and that gender equality is achieved. It also includes normative statements made by the Committee on Economic, Social and Cultural Rights (CESCR) and case studies from ESCR-Net members Center for Reproductive Rights (CRR), Nazdeek and Centre for Economic Social Cultural Rights in Africa (CESCRA) that demonstrate successful engagement by advocates with CESCR on issues relating to women’s rights and gender equality in the last 50 years. Members of the Women and ESCR Working Group had the opportunity to share their suggestions and comments before the report was finalized and all members of the Working Group are listed in the annex to the report.

This 50th anniversary of ICESCR comes just one year after the adoption of the 2030 Agenda for Sustainable Development which includes a goal for gender equality and the empowerment of women and girls as well as gender equality targets across goals. Despite advances that have been made, women still bear the brunt of increased economic pressures and deteriorating social services globally. The ICESCR provides a normative framework that recognizes gender equality in relation to ESCR as a central principle and immediate obligation of State parties. Continued strategic use of ICESCR as detailed in this publication has great potential in advocacy efforts to further the realization of gender equality through ESCR.

The publication is available in English and Spanish.