The International Network for Economic, Social and Cultural Rights (ESCR-Net) sent a letter today to the President of Kenya, Uhuru Kenyatta, to request the cease of forced evictions of the Ogiek communities and take immediate steps to comply with international legal standards related to access to food, housing and other necessary humanitarian assistance for the Ogiek people.

The letter expressed deep concern regarding recent incidents of violence committed against members of Ogiek communities in the Ngongongeri area, Nakuru county. Incidents reported include the forcible eviction and subsequent homelessness of numerous Ogiek families, loss of life and the apparent failure of the State to take action with respect to serious harassment and intimidation of human rights defenders working to promote the rights of Ogiek communities in connection with their ancestral lands. 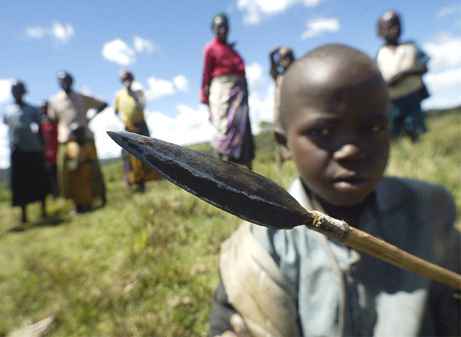 According to credible reports received, over 100 Ogiek families were subjected to forced evictions during the first two weeks of March 2016 from their claimed ancestral land in the Ngongongeri area. Reportedly, over 300 homes and related property of many of the affected families were destroyed in recent conflicts over contested lands, allegedly by persons hired by land-grabbers and given protection by police. At present, approximately 1,000 people have been left homeless as a result of the forced evictions, requiring many to seek shelter in a nearby church and in neighbouring communities.

The Okiek are an indigenous people based in Northwestern Tanzania, Southern Kenya (in the Mau Forest), and Western Kenya (in the Mount Elgon Forest). The Ogiek are one of various groups of hunter-gatherers in Kenya and Tanzania. The Ogiek are currently the subject of an application before the African Court on Human and Peoples’ Rights, requesting compensation and land restitution of contested land in this area in favor of the Ogiek people (African Court case).

ESCR-Net also dennounced the killing of Mr. Stephen Munyereri, an Ogiek elder who has mobilized to defend the rights of Ogiek communities for over 20 years. Mr. Munyereri was reportedly shot while attempting to collect his son's belongings following eviction. The letter requests a prompt, impartial and independent investigation into the circumstances leading up the murder of Mr. Munyereri.

Finally, the letter appealed the Kenyan government to take all necessary steps to prevent violence and intimidation against the Ogiek community and against the individuals and organizations dedicated to defending the rights of the Ogiek people.