ESCR-Net Member, the Legal Resource Center, is representing the Center for Child Law and the school governing bodies of four farm schools in the Eastern Cape, South Africa, following the provincial department of education’s decision to close schools. 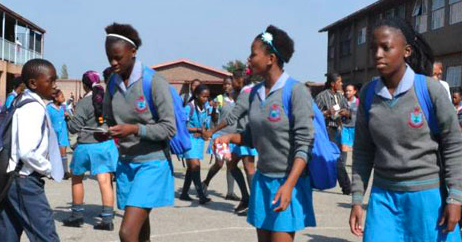 This follows the November 2015 decision regarding closing four farm schools located in Fort Beaufort District by the end of the first term in 2016 and sending learners to hostel in Adelaide 80 kilometers away.  This decision, infringing upon the right to education and the right to health enshrined in the Covenant of the Economic, Social and Cultural Rights, was taken without the consultation of parents or school governing bodies at the affected schools.

The school governing body of the four farm schools and the Center for Child Law have launched an application in the Grahamstown High Court seeking to interdict the Minister of Basic Education and the Eastern Cape Department of Education from closing the four farm schools, or any other school, until they have complied with the procedural requirements for the closure or merging of public schools.  Further, this urgent application contains a declaration stating that the South African Schools Act must impose an obligation on the Department to provide schools with a written plan for how the closure or merger of public schools will take place.

Across South Africa, provincial departments of education are mandating the closure of rural farm schools, often forcing families living in these remote communities to send their children, often as young as seven, to live in under-staffed, poorly supervised hostel schools in distant towns. In instance of farm school closures, the state consistently fails to provide scholar transport to school and fails to ensure access to hostels for learners.  Moreover, the decision to close the farm schools is often taken without consulting the parents or school governing bodies at the affected schools as required by the South African Schools Act.

Furthermore, “parents are concerned about the general safety of hostels and the increased risks to learners that will accompany less supervision. The threat of violence and sexual assault may increase for learners who are living in hostels away from their families.” Ms Nqangela is also concerned about supervision in the hostel, the provision of adequate food, as well as her children doing their homework and taking care of their personal hygiene.

To find out more about this application, click here.

To find out more about Center for Child Law, click here.