Guatemala: assassination of a leader opposing a hydro-electric project

Sebastian Alonso Juan, a 72-year old member of the Guatemalan community of Yulchen, was assassinated yesterday after receiving gunshots from, allegedly, State security and paramilitary forces, while participating in a peaceful protest in the area of Ixquisis of San Matea Ixtatan, Guatemala.

Alonso was participating in an organized march to protest the imposition of the hydro-electric project Pojom I, and to demand the withdrawal of the company, Promoción de Desarrollo HIdrico (PDH SA), which is constructing said project. 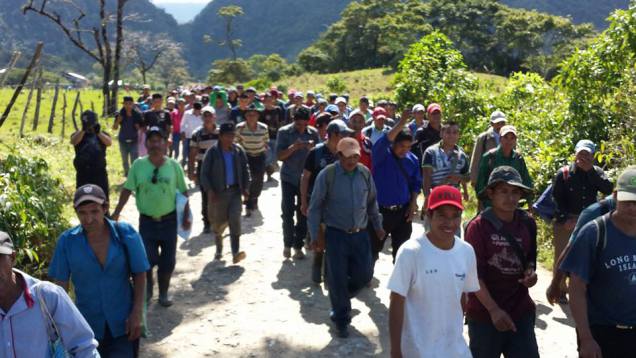 In the morning hours, inhabitants of various Chuj and Q’anjob’al communities initiated a peaceful protest in the Ixquisis area to denounce the diversion of rivers and the imposition of the Pojom I and II projects, which do not have their consent. While grievances and dissent have been expressed to authorities and different State Organisms over the course of five years, no response has been made to said claims by the implicated parties.

The Consejo de Pueblos Wuxhtaj, member of ESCR-Net, has made a call to governing authorities to end repression against community members, and has demanded that the Judicial System investigate the assassination of Sebastian Alonso and penalize those responsible for ordering and perpetrating such acts.

The Council of the Wuxhtaj Peoples has demanded that contracts of the hydro-electric projects Pojom I and II be revoked, as in their view, the projects are executed in an arbitrary manner without community consultation or participation.