On 29 June 2017, Kituo cha Sheria collaborated with the Kisumu Maximum Prison - Kodiaga Prison Justice Center in Kenya to commemorate the Access to Justice Day. This day was not only a celebration, but also meant to empower the prisoners to enable them with the access to justice and include an emphasis on fundamental human rights, legal representation and the judicial procedures. The event was also a way to sensitize prison facilities on the need to ensure that justice is not only accessible to the prisoners but also for justice to be realized at the prisons.

In order to celebrate the achievements of KITUO’s paralegals and the prison justice center, the paralegals led the members of the prison community in tree planting, song, dance and poetry. The main event of the day was a moot court skit in order to aid the prisoners in learning about bail and bond, community service order, legal representation and the judicial procedures. 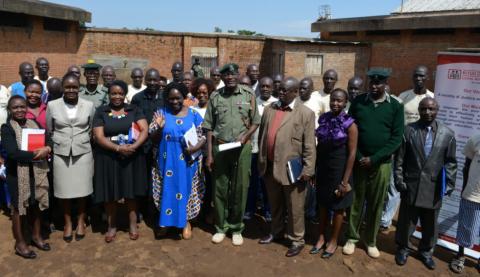 The guests, including Kituo cha Sheria board members, paralegals, officers, and other important figures in the justice system in Kisumu, came to interact with inmates as well as to listen to the challenges they come across while lodging appeals against their cases. The Kodiaga prison justice center together with other prison centers have contributed to the decongestion of prisons and at the same time made justice accessible to those who could not afford the services of an advocate.