MAB mobilized around International day of action against dams

Every year, 14 March is marked by worldwide protests against dams and their impact on human rights of affected communities, since the first International day of action against  dams and for rivers, water and life held in 1991. This year, again, thousands of people mobilized 13 across thirteen Brazilian states, where they carried out actions, occupations and marches against the dismantling of social security, the attempts to privatize the energy sector and the violations of human rights caused by dam projects. The Brazilian Movement of People Affected by Dams (MAB) demanded the revision of the Updated Reference Rate and the establishment of a National Policy on Dams (PNBA 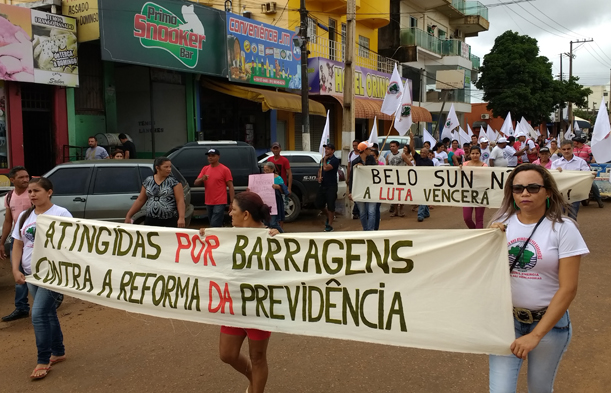 The construction of hydroelectric power plants in Brazil is responsible for the rupture of communities, economic losses and immeasurable social impacts. To mitigate or reduce damages, the Federal Constitution of 1988 established requirements of financial contributions for the use of water resources, in efforts to counteract the flooding of the areas affected by the dams at municipal, state and national levels.

The resources for the National Dams Policy comes from the Updated Reference Rate, which sets a value on hydroelectric generation. However, earlier this year, ANEEL, through a resolution, reduced the value of the rate, decreasing the resources available for compensation for the areas affected by dams. MAB calls for the revision of the rate and to increase the resources allocated by the Policy, and affirms that this mechanism is intended to contribute to improvements in the territories affected by the dam’s programs. 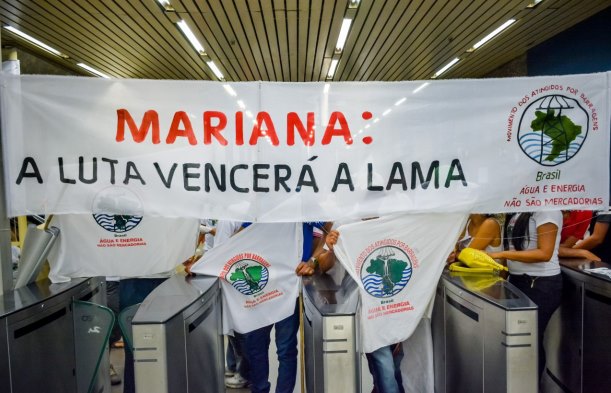 MAB also calls for the establishment of a national policy for populations affected by dams. According to MAB, there is a need to create a legal and legislative framework that defines the rights of affected populations. In addition, this policy should establish an institution mandated to address the concerns of those affected and to implement a fund with resources for reparation for damages.

In addition to national guidelines, each region also submitted agenda of grievances during demonstrations on Tuesday. On Wednesday 15, those affected by dams joined the mobilizations organized by Brasil Popular and Povo Sem Medo against the pension reform proposed by Temer’s administration.