MiningWatch Canada has called on the Canadian Government to denounce the harassment and criminalization of members of human rights and environmental justice organizations and local community leaders, as well as a member of their staff, for their participation in actions to raise awareness about concerns regarding large-scale mining project in Peru.

On the night of Friday 22 April, MiningWatch Canada’s Latin America Program Coordinator Jen Moore and US journalist John Dougherty were briefly taken into custody in Cusco, Peru after holding a public screening of “Flin Flon Flim Flam,” a documentary film about Hudbay Minerals’ operations in Canada, the US, Guatemala and Peru. 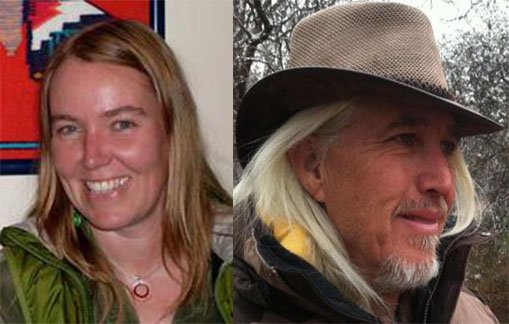 According to MiningWatch Canada, the two were surrounded by 15 to 20 national police officers and several migration officers following the screening, and subsequently questioned. . They were released four hours later with an order to appear in court today to be charged with violating the terms of their visas.

“The situation that arose on Friday is not about our immigration status, it is about Hudbay trying to exert control over what information communities living around its Constancia mine have access to. What is Hudbay so afraid that the communities will learn from a film about its global operations?” remarked Moore.

MiningWatch Canada reports that the  stigmatization of those involved in screening the documentary in communities around Hudbay’s Constancia mine, as well as in Cusco and Lima, began well before Jen and John arrived in Cusco on April 15. An anonymous article in a Cusco newspaper accused Jen Moore, MiningWatch Canada, and Peruvian organizations coordinating the film screenings with local organizations and district authorities of trying to “ambush” Hudbay

On Saturday, the Peruvian Ministry of the Interior issued a public statement affirming the Peruvian government’s support for Hudbay’s operations and allegedly attempted to incriminate Dougherty and Moore with accusations of inciting people to violence and of posing a threat to public order and national security. The Ministry’s statement tries to link the two to protests in 2016  over Hudbay’s broken commitments regarding social benefits, contractual agreements, and social and environmental issues in the area of the Constancia copper mine.

“The Canadian government should be calling on the Peruvian Ministry of Interior and Hudbay to account” for the harassment against a Canadian and US citizen, as well as numerous members of Peruvian civil society said Moore.

Spokespeople from MiningWatch Canada have since expressed concerns about the likelihood of continued repression and criminalization against their partners in Peru and have pledged to remain engaged in order to offer support if new developments so require.

For more information on this case, please visit here.