With business self-regulation and corporate social responsibility schemes proving to be insufficient for addressing land grabbing-related human rights issues, a new publication points to the obligation of the EU and its Member States to implement a set of policy regulations. The paper, published by FIAN International for the Hands on the Land for Food Sovereignty Alliance, is a synthesized version of a study commissioned by the European Parliament. 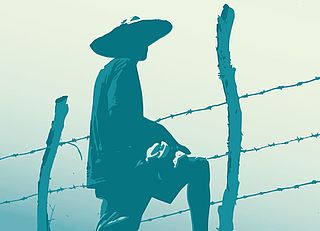 While the role of the EU and its Member States in the global land grab has received comparatively less attention than the role of investment players like China and the Gulf States, the paper “Land Grabbing and Human Rights: The Role of the EU Abroad” shows that EU-based actors play a significant role in land deals and related human rights abuses outside of Europe. The publication identifies five key mechanisms in which EU-based actors are involved in land grabbing and outlines the extraterritorial human rights obligations (ETO) which require the EU and its Member States to act urgently.

Several cases from all over the world show how EU actors are implicated in land grabbing-related human rights abuses in many ways – even if they may not be visible at first sight. Indeed, increasingly complex investment webs bring together multiple and interconnected actors that are involved in the design, financing and implementation of land-related investments. Many land deals thus involve diverse actors – financial, corporate, private, public – which are linked to each other, and to the EU, in a variety of ways. The findings underline in particular the contribution of EU-based Development Finance Institutions (DFIs) in land grabbing worldwide.

The EU’s response to land grabbing has been insufficient to meet its human rights obligations and the publication points to a set of actions required to address land grabbing and pro-actively contribute to the universal realization of human rights. The effective regulation of corporations and financial investors is a key part of the puzzle.

You can access the publication in English here. Available also in French.