Tenants’ right to adequate housing is recognized by the UN Committee on Economic, Social and Cultural Rights

On 20 June 2017, the UN Committee on Economic, Social and Cultural Rights issued a ruling, recognizing tenants’ right to adequate housing.

Mohamed Bourmouz, Naouel Bellili and their children were evicted from the home they had rented in Madrid, Spain, on 3 October 2013, after their lease contract expired. Spain was then going through a severe economic crisis with high levels of unemployment, which ended up engulfing the Bourmouz-Bellili family. The family situation of vulnerability was aggravated by the fact that Bourmouz and Bellili’s children would be without a shelter. 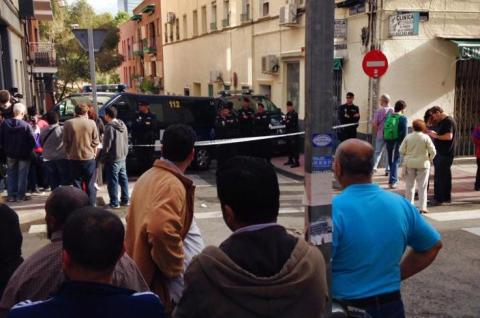 After exhausting domestic remedies (i.e. pursuing all reasonable legal remedies at the national level), the Bourmouz-Bellili family, represented by Javier Rubio (Centro de Asesoria y Estudios Sociales, CAES), presented a communication before the UN Committee on Economic, Social and Cultural Rights (CESCR). Last June, the CESCR released its Views on Communication n. 5/2015 against Spain, recognizing the state obligation to protect the right to adequate housing, in the context of protecting this right for tenants.

The case of Bourmouz-Bellili is especially relevant, because it reflects systematic issues regarding the right to adequate housing in Spain. Despite the increasing demand for social housing in the country, the national budget for housing was cut by more than 50 per cent between 2008 and 2013.[1]The financial allocation to the governmental housing agency, Instituto de Vivienda Publica de Madrid (IVIMA, currently designated as “Agencia de Vivienda Social de la Comunidad de Madrid”) was also curtailed, with a decrease of 11 per cent between 2013 and 2016.[2] In response to cuts, IVIMA sold 2,935 units of social housing stock (out of 20,600) and the Empresa Municipal de Vivienda y Suelo (EMVS, local housing governmental agency) sold 1,860 units (out of 4,700) in 2013,[3] which was more than a third of its housing stock. Still in 2012, the CESCR issued Concluding Observations for Spain, stating that it had concerns regarding the fact that "the levels of effective protection for the rights enshrined in the Covenant ha[d] been reduced as a result of the austerity measures adopted by the State party, which disproportionately curtail[ed] the enjoyment of their rights by disadvantaged and marginalized individuals and groups, especially the poor, women, children, persons with disabilities, unemployed adults and young persons, older persons, gypsies, migrants and asylum seekers (art. 2, para. 1)." (Concluding Observations, para. 8) Cuts in the budget had, therefore, not taken into account the "the precarious situation of disadvantaged and marginalized individuals or groups”, as required by the Committee in its 2007 Statement on Maximum Availability of Resources.

The Committee recognized the plaintiffs’ right to adequate housing, considering that, in “the absence of reasonable arguments by the State party with respect to all measures taken to the maximum of its available resources, the eviction of the petitioners, without the guarantee of alternative housing by the authorities of the State party as a whole, […] constituted a violation of their right to adequate housing" (para. 18). The CESCR highlighted State positive obligations to guarantee non-repetition, and protect the right to housing even in cases where the eviction is justified (for example, in the “absence of lease payments” or “damage to the property”, par. 15.1). In such cases, certain conditions need to be observed: access to effective remedies, consultation with affected individuals, consideration of alternative options, assurance that no other rights will be violated as a result of the eviction, special protection to vulnerable groups, and provision of alternative housing (para. 15.2).

The CESCR issued individual recommendations, establishing that the State should assess the current situation of the authors, in consultation with them, and assure that they have access to adequate housing, pay compensation for rights’ violations as well as legal fees. The Committee also issued general recommendations to Spain, in regard to: (a) the adoption of legislative and/or administrative measures to ensure that tenants have access to judicial remedies “where the consequences of an eviction are analyzed”; (b) the adoption of measures to promote the “coordination between judicial decisions and social services agencies”; (c) the adoption of measures to guarantee “alternative housing” for “persons without income”; (d) special protection for those who are in a situation of vulnerability; and (e) the formulation and implementation of a plan to “ensure the right to adequate housing for persons with low income”.

The CESCR ruling is especially significant for reinstating the need to apply a standard of reasonablness in accessing States' policies and for recognizing the right to adequate housing to all persons, including tenants. It is also relevant for addressing a situation of systematic violations derived from austerity measures, adopted during the economic crisis in Spain.

After this great victory for the Bourmouz-Bellili family and supporting social movements in Spain, there is now a need to focus on implementation. The UN CESCR has just released its Working Methods on the Follow Up of Views, which can serve as a starting point in the struggle for the right to housing in the current stage: http://www.ohchr.org/EN/HRBodies/CESCR/pages/cescrindex.aspx. Among other things, these measures should include key points from the SLWG Discussion Paper on Follow Up of Views, such as specify deliberate, concrete and targeted measures towards the fulfilment of the recommendations; adopt a time frame in which steps are to be taken; engage civil society, particularly disadvantage or marginalized groups, in a constructive dialogue towards the development of measures; and ensure coherence and coordination across relevant sectors and government departments. Civil society should play a central role in publicizing the decision, contributing to the action plan, and monitoring implementation.

Moreover, the budget for housing and the promotion of residential construction in the autonomous community of Madrid was cut by more than half, decreasing from €86.25 per person in 2008 to €31.76 in 2013. Fundación Civio, Donde van mis impuestos?, at http://dondevanmisimpuestos.es/.

See also, OHCHR, Report of the Special Rapporteur on adequate housing as a component of the right to an adequate standard of living, and on the right to non-discrimination in this context, A/HRC/34/51 (2017) available at: https://documents-dds-ny.un.org/doc/UNDOC/GEN/G17/009/56/PDF/G1700956.pdf?OpenElement