Affording seeds patent protection could have negative impacts on the rights of indigenous peoples, small-scale farmers, and the population as a whole in Argentina. While current law allows farmers to use second generation seeds without paying royalties, the introduction of seed patents could lead to harms, such as the destruction of plantings, the confiscation of seeds, or the burdening of small-scale farmers with arbitrary fees. 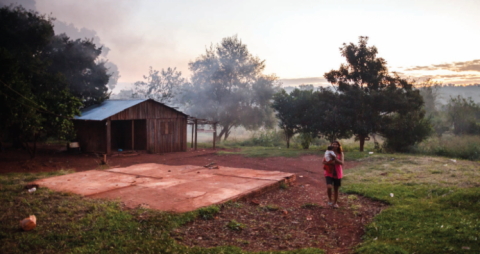 “There is a close connection between the regulation of seeds and the satisfaction of the human rights of the population,” CELS said in a statement. Imposing patents on seeds would create legalized monopolies, thereby encroaching on individual and communal rights to work, adequate food, a healthy environment, and biodiversity, CELS explained.

The question of seed patents also relates to other concerning issues, such as the potential for large commercial farmers to gradually crowd out local varieties of crops. Furthermore, the use of genetically-modified seeds is often coupled with corporate promotion of agrotoxins aimed at securing high yields, with potentially significant impacts on the environment and public health.

The debate in Argentina raises similar worries voiced at the international level by, among others, the United Nations Special Rapporteur on the right to food. As then Rapporteur Olivier De Schutter stated in a 2009 report addressing seed policy and intellectual property, “[t]he right to food requires that we place the needs of the most marginalized groups, including in particular smallholders in developing countries, at the centre of our efforts.” The amicus intervention request in Monsanto Technology LLC c/Instituto Nacional de Propiedad Industrial s/ denegatoria de patente calls on the Argentine Supreme Court to do just that.