We truly believe in this empowered approach for workers to challenge themselves within status quo, and bring them to another stage to show up and engage with stakeholders.  – Channsita Mark

In an effort to increase the centrality of communities in documenting and analyzing common global conditions affecting their communities, ESCR-Net Monitoring Working Group is collaborating with social movements within the network to advance data collection on issues that affect them.

This interview with Channsita Mark, coordinator of the Workers' Information Center (WIC), a women garment workers based association which is part of ESCR-Net member United Sisterhood Alliance, is the first of the series “Community-led monitoring”, that will highlight examples of how some of our members approach data collection and use it to advocate to improve living conditions and promote the dignity of their communities. 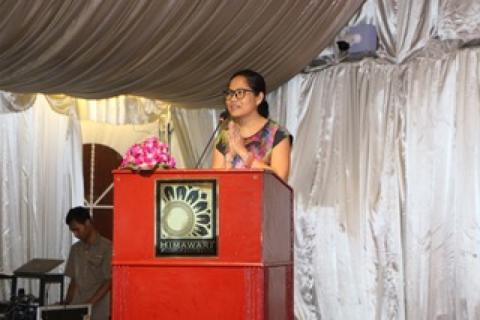 WIC released in March 2017 “The Reality of National Economic Backbone”, a participatory action research publication that details the reality of workers’ in the garment and textile industry in Cambodia. The research team of the study was comprised of thirty women and men workers, who actively participated in the study, from design to field work, and analysis to reporting. This participatory methodology aimed to ‘building workers’ capacity and ownership as they are experts in their lives and issues’, noted Channsita Mark.

What does the Workers' Information Center monitor and why?

Workers' Information Center (WIC) runs participatory action research initiatives with women migrant workers in the textile and footwear industry. WIC monitors the implementation of labour laws and the policies or standard related to labour and social basic services to see to what extent specific laws and policies are being implemented.

Beyond the legal aspect, as most workers come from rural areas, WIC also likes to understand the story that brought them to the city and work in the industry, and also about their dreams and their lives in the city.

How do you gather the information?

“The Reality of National Economic Backbone” is our first participatory action research publication which aims at building workers’ capacity and ownership as they are experts in their lives and issues.

The study started with a workshop and discussion among the research team (comprised of thirty women and man workers) on the purpose, the process and tools to gather information. With the technical support of WIC, this was involved in every step of the study, starting from identifying issues, setting objectives and scope of the study, designing questionnaires, collecting data with their peers, consulting findings, and so on. Data collection methods involved survey and focus group discussion. The sample size and composition had been collectively discussed and agreed upon.

Following the success of the study, we have commenced a second study, based on a similar process but it involving more workers and the use of thorough checklist (at community and at factory level) along with to the other research tools previously used.

How does this strategy allow showing the perspectives of women with different identities?

To involve a diversity of workers and balance different perspectives we sought to engage workers with different levels of awareness, such as those involved in the drop-in center run by WIC, who tend to be more aware of their rights, and others that aren’t familiar with the center. We also involved workers from different factories to capture experiences from different worksites. In addition, workers who engaged in the survey were not asked to be part of the Focus Group Discussion, so that more perspectives, particularly from women, could be part of the process.

How do you use the information you are gathering? What’s the impact?

We use the findings for raising awareness among the public over working conditions but also for targeting employers, companies and governments.

In 2017, after publishing The Reality of National Economic Backbone report, workers brought the findings to relevant stakeholders through creative presentations, such as songs and pictures, and dialogues. The first reactions they received were of surprise - “Who is it that has done the study?” - because the study wasn’t conducted by those who are typically seen as experts, such as researchers or academics. However, the findings are strongly valid and present evidence of workers’ realities that nobody can deny. We truly believe in this empowered approach for workers to challenge themselves within status quo, and bring them to another stage to show up and engage with stakeholders. 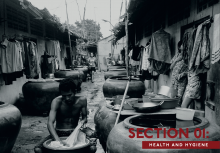 The first observation is that the government took some actions as a result of the findings. For example after highlighting the high price of water sold to workers, the Ministry of Industry and Handicraft regulated it to ensure it does not exceed 800 riels per cubic meter. In addition, workers used the evidence through different platforms and spaces including workers’ forum, community forum to raise workers’ voices, knocking the doors of local authorities, understanding policy/measures at local-based, and their mechanisms to implement those to improve working and living condition for workers as members of the community.

At the same time, they also started taking small actions in the community, for example, negotiating with landlords (who own the buildings they are renting) to not increase rent and utilities fees. They have also initiated cleaning campaign around neighborhood, etc. We don’t wait for authority to address our issues, but we start doing what is possible with our available resources and capacity.

What challenges have you faced and how you addressed them?

The analysis was done by a local University through SPSS, a software platform that offers advanced statistical analysis. SPSS poses limitation to workers’ participation and ownership because it requires technical and digital skills. It is also fairly cumbersome due to language barriers. The research was carried out in a local language, then translated for the analysis since the system does not read nor understand local language and then translated back for workers to understand the analysis and to write the report. It was time consuming but this was necessary to ensure workers are as empowered as possible through the process.

Where do you see opportunities and collaborations with other ESCR-Net members to amplify the voices of communities?

We could use the evidence and information to feed into collective advocacy that Network members are doing, particularly around business and human rights and women’s rights. Also, we could circulate widely the report of the study to the members as a way to engage and sensitize on the issues related to women workers in the textile and footwear industry in Cambodia.

* This interview was first conducted during the second exchange of grassroots women leaders organized by ESCR-Net and hosted by AIPP in Chiang Mai, Thailand, August 2019.

>> Download the “The Reality of National Economic Backbone” study.