Opinion: The Need to Ensure Corporate Accountability Amidst the Pandemic

* Following discussions within ESCR-Net’s membership on climate and environmental justice and human rights in relation to the COVID-19 crisis, multiple members co-authored short articles in this context, including the following piece which was originally published on Medium. 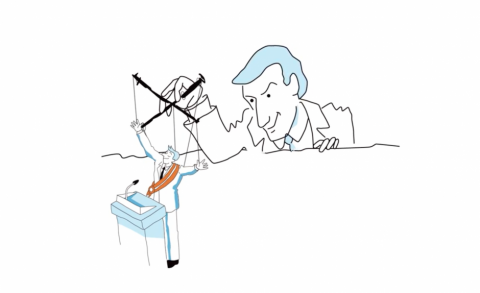 Across the world, government responses to the COVID-19 pandemic have highlighted deep and long-standing systemic inequalities within current dominant economic and development models. Messages, such as “stay home, stay safe”, social distancing, and “wash hands for 20–40 seconds with soap and running water” are barely relevant for those who struggle for food, water and decent living standards. From our view as human rights defenders from Colombia and India, we see our governments taking measures that are destroying lives. In India, the lives of millions of migrant workers — especially those in the informal sector —have been devastated by the pandemic and the consequent state response, which also compounded the humanitarian crisis for refugees and stateless people. In many Latin American countries such as Colombia, it is the Afro-descendants, women, children and farmers, among others, who are unable to sustain quarantine, given the lack of food and economic resources to cover their basic needs. They are the most at risk and affected by the COVID-19 crisis.

Instead of providing emergency relief to those most in need during these grim times, governments continue to advance the interests of corporations over the rights of people. Such skewed priorities are in large part due to corporate capture, the means by which economic elites undermine the realization of human rights and environmental well-being, by exerting undue influence over domestic and international decision-makers and public institutions.

The Colombian state has been unable to guarantee basic rights, for example, universal access to drinking water and electricity, and has handed over control and management of public services to the private sector. The government continues, particularly in the COVID-19 context, to aggressively push for foreign direct investment and is also imposing legal restrictions on the participatory rights of communities and Indigenous Peoples. In Colombia, safe drinking water is beyond the reach of most Indigenous Peoples, because either the aqueducts are not there, or companies have influenced policies to limit water supply, or conducted projects that have left water unsafe for drinking. The Indigenous Wayúu community in Colombia, for example, has been greatly affected by the operations of the Cerrejón open coal-pit mine owned by multinationals, the BHP group, Anglo-American and Glencore. In 2016, Corpoguajira — a government affiliated regional entity — granted the coal company Cerrejón Limited, three licenses for the diversion of the only river this community has left. If the Arroyo Bruno tributary disappears, the people will no longer have access to water. According to José Alvear Restrepo Lawyers’ Collective (CAJAR), a Colombian human rights organization with a mission to defend and promote human rights from a holistic perspective, this diversion of the river has resulted in a considerable decrease in the tropical forest. For the Wayúu community, this territory is sacred. Centro de Investigación y Educación Popular (CINEP) recently reported that communities near Cerrejón continue suffering from problems accessing water due to the diversion made by the company from the Bruno stream. This situation is aggravated due to the coronavirus. The co-optation of the Colombian state by the private sector is how corporate capture threatens sovereignty and democracy as well as human and environmental rights.

In addition, social leaders are increasingly being targeted and killed in Colombia since the introduction of quarantine measures. Since 25 June, a group of rural communities from the region of Cauca, one of the regions most affected by the violence, are leading a campaign under the slogan #Nos están matando (#They are killing us) to demand that the government take urgent measures to stop the systematic assassination of social leaders who defend human rights, democratic integrity and the national interest. This campaign is in fact mobilizing many representatives of different unions and sectors towards realizing human rights and corporate accountability.

On the other side of the globe, in India, an example of corporate capture involves the alcohol and tobacco industry. The sale of alcohol and tobacco was stopped when lockdown was imposed in India. Immediately after, the alcohol industry lobby asserted that “…food and alcohol are essential commodities…”, following which sales were resumed in India from early May 2020. Alcohol and tobacco are not only non-essentials, but they will defeat efforts to contain COVID-19. As per the World Health Organization (WHO), tobacco and alcohol both increase the risk of serious outcomes related to COVID-19, including death. More worrying is the fact that efforts to ‘reboot’ the economy in India are resulting in ‘more of the same’ in terms of the nation’s dominant economic and development model, that has largely failed most of the population on sustainable development, and contributed to environmental degradation. Instead of tightening the nook around corporations, labor laws and rights have been suspended for three years to spur ‘economic growth’.  In another example of prioritizing the interests of corporations, the Indian environment ministry is considering large scale mining, infrastructure and industrial projects for environment, forest and wildlife clearances, even in protected areas, by hosting video consultations, and in some cases spending very little time to assess projects. For example, the Expert Appraisal Committees, like the one on industrial projects, have allotted just ten minutes to assess each project, cramming 47 projects over three sittings.

Millions of people globally are forced to live in crisis situations perpetually even before the COVID-19 pandemic forced a crisis on rich and poor alike. We must remember that COVID-19 is the result of years of irreversible destruction of biodiversity and unabated plunder of natural resources driven by corporate greed, leading to contact with wildlife with new diseases. Governments have also largely failed to deliver on the promises of climate justice, in large part due to corporate capture of the narrative on climate. For example, research shows that the five largest oil and gas companies have invested over a billion dollars following the Paris Climate Agreement on misleading climate-related lobbying. This is forcing us towards another calamity which could result in a ‘permanent lockdown’.

One opportunity to shift the balance towards people over profit is to advance progress on the binding UN Treaty on human rights and business, currently being negotiated between States at the UN in Geneva. For more than a decade, members of ESCR-Net- International Network for Economic, Social and Cultural Rights have been present in Geneva to advocate for a robust treaty that ensures our governments are driven by a people-powered agenda to end all forms of corporate capture and effectively regulate corporate actors. Moreover, the call to regulate corporations was included in the Global Call to Action launched by ESCR-Net in response to the COVID-19 pandemic. The Call was endorsed by 180 organizations from over 60 countries and advances collective demands for a just recovery and systemic change.

Martha Devia Grisales and Bobby Ramakant are human rights defenders based in India and Colombia. Martha is part of a social movement called Comité Ambiental en Defensa de la Vida and is also a professor at the University of Tolima in Colombia. Bobby is the director for policy and communications at Citizen News Service (CNS). Both are members of the International Network for Economic, Social and Cultural Rights (ESCR-Net).