Opinion: Thinking about the pandemic from a feminist economy 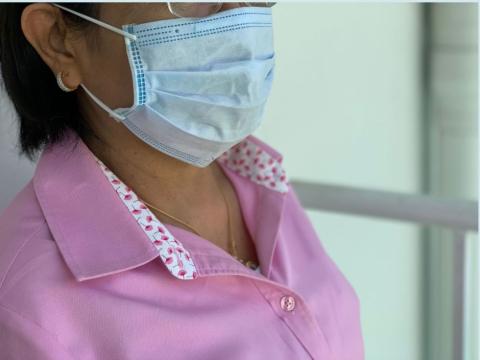 In this sense, the COVID-19 pandemic undoubtedly represented a turning point for the global economy, which undeniably revealed the unresolved or poorly resolved tensions between the two spheres. The debates that arose around the world about whether to prioritize the health of individuals or national economies is a clear expression of this.

Despite the fact that during 2020 practically nothing else has been talked about, the reality is that we still know very little about the scope and depth of the economic impact that the Coronavirus crisis will have. However, what we do know is that it is accentuating structural inequalities in the capitalist system, including gender inequalities.

Regarding the impact on the productive sphere, the International Labor Organization (ILO) identifies three main channels through which the pandemic is disproportionately affecting women. In the first place, at the global level, the percentage of all employed women concentrated in the sectors hardest hit by the crisis (which, according to estimates by this institution, are commerce; industry; hotels and restaurants; and financial services, rental and business) is higher than that of men (40% vs 36.6%). Even more: 42% of the workers in these sectors are informal, which means that they are not covered by labor legislation that could protect them from potential dismissals or reduction of hours, from being forced to work in unsafe conditions, etc. Among male workers, the percentage of informality is also high, although much lower, since it is around 32%. Early evidence collected in different countries reinforces this point: despite the fact that women represent only 39% of global employment, they account for 54% of layoffs.

Second, for domestic workers, the combination of mandatory isolation measures (necessary to slow the advance of the pandemic) and high levels of informality was explosive. The ILO estimated that 55 million domestic workers were significantly affected by COVID-19 and that globally 72.3% of these are or were at risk of losing their jobs and income.

Third, women represent 70% of health workers, who currently face higher risks of infection and contagion due to long working hours, high levels of stress, lack of adequate protective equipment, etc. Regarding this last point, in several countries, attention has been drawn to the fact that even though the majority of users are women, protective equipment is designed according to male standards. In this way, health workers must often wear glasses, gloves and masks that are too big for them, which not only adds an additional discomfort factor during long working hours, but also exposes them even more to infection since when the equipment is not used properly it loses effectiveness.

In relation to the immediate impacts on the reproductive sphere, several studies carried out during the first months of the pandemic show that within households the amount of time devoted to unpaid care tasks has increased significantly and that these have fallen disproportionately about women. For example, a study carried out in the United States, United Kingdom, France, Germany and Italy shows that households have increased the time allocated to care by 27 hours per week, but that women dedicate 15 hours per week more to these tasks than men. This dynamic in turn has a negative impact on the labor market as a correlation: a study in the United States shows that in heterosexual couples with children under 13 years of age, mothers reduced their working hours between 4 and 5 times more, which led to an increase in the pay gap (the difference between male and female wages) of between 20 and 50%.

In this way, it is shown that the coronavirus crisis is currently disproportionately affecting women through various channels, which highlights the need to respond with specific policies that take into account this asymmetric impact. In this context, it is also worth asking what the long-term impact will be. Although we have few tools to predict this accurately, the ILO already warns that there is a risk that the already limited progress on gender equality in the labor market will be reversed.

What does changing this dynamic depend on? That economic recovery policies are studied in the light of the teachings of feminist economics, simultaneously taking into account the gendered impacts both in the productive and reproductive spheres. For example, a study carried out by the Women's Budget Group indicates that investing in the care sector instead of construction (an activity in which countercyclical policies of economic reactivation after crisis contexts typically tend to focus) is not only more beneficial for women in relative terms, but has better returns for the economy as a whole. When money is invested in an economic sector, in addition to the jobs generated directly (for example, through the hiring of workers), the creation of additional jobs in the sector itself is indirectly stimulated, as well as in associated activities (mainly those that provide inputs to the stimulated sector, or those that use inputs provided by the stimulated sector). In its study of the case of the United Kingdom, the report explains that due to its lower level of productive chains, a direct investment in the construction sector generates few additional jobs in addition to those created directly and that, in addition, most of these jobs they will be exclusively for men since it is a very masculinized sector. On the other hand, investing an equivalent amount in the care sector would lead to creating six times more jobs for women, without reducing (and even slightly increasing) the number of jobs for men.

In this way, it is clear that there is no contradiction or incompatibility between recovering the economy and closing the gender gap, and that the economic needs of women cannot and should not be postponed. Furthermore, feminist economics has developed tools to rethink economics, proposing a perspective that prioritizes the sustainability of life over profit at any cost. It is time to use them.